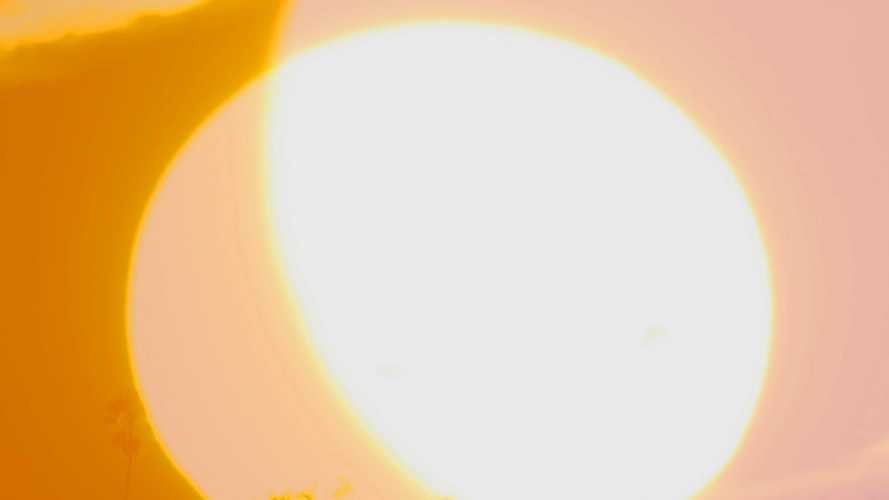 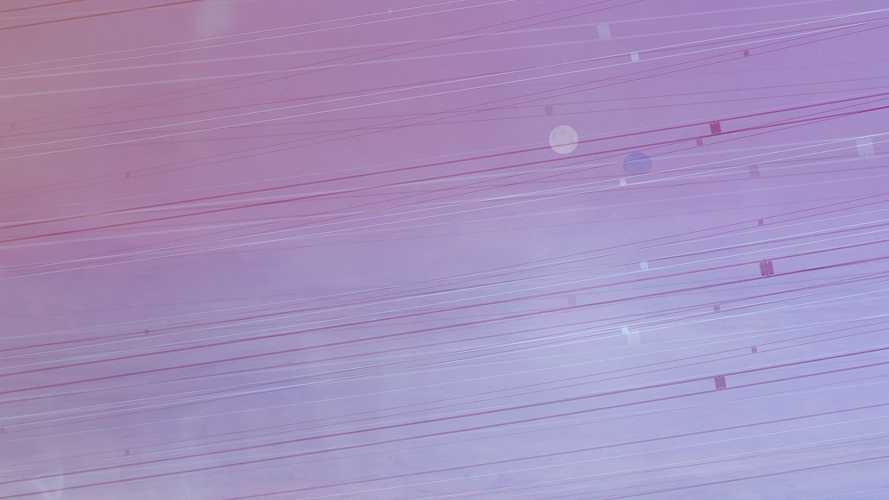 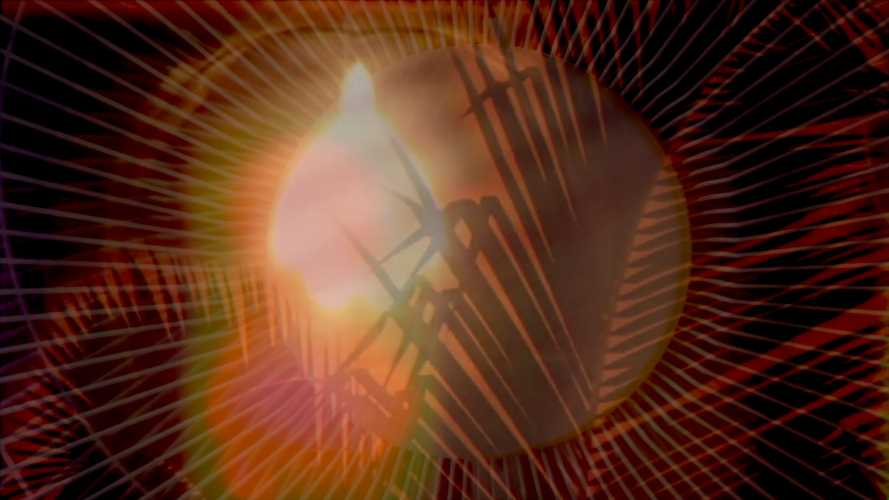 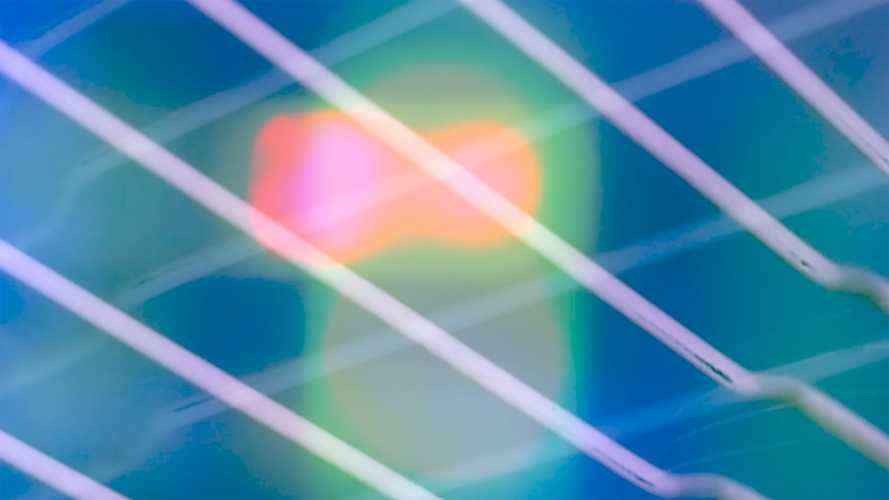 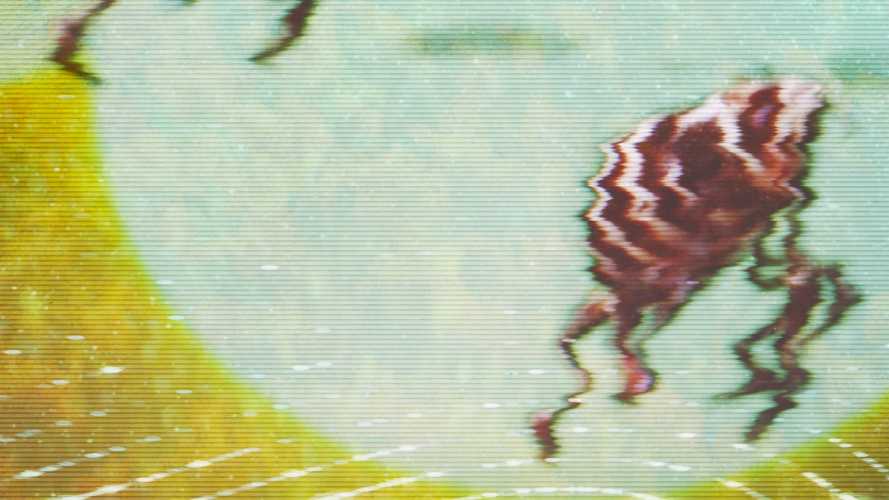 In the video Bystanders, the artist tries to give shape, via images, words and sounds, to her perception of the frequencies emitted by the earth’s surface. The lyrics stem from her walks in the forest as in an intimate dialogue between the artist and Mother Earth. It is an unconscious process where short fragments of reality are developed and turned into a dream-like flow of images. Another starting point was the so-called Schumann resonance which is said to be the heartbeat of the earth and has long measured a frequency pulsation of 7.83 Hz. “Good morning! It is a sunny day again” echoes at the start of the video whilst multiple, fiery suns rise simultaneously. If poetically emotional yet powerful images warn us of the rise in temperature on our planet, the image of the sun also reminds us of the warmth, the prosperity in the universe. Later we hear, “Rainbow, did you see the rainbow?” accompanied by recorded images depicting a hurricane forming. Then, the arrival of luminous particles dispersing in the sky donates a layer of positive energy. These visual hints evoked by the video to stimulate the bystander are amplified by the audio tracks with atmospheric sounds, samplings, voices, and singing. Other sequences in the video show flight of the bees, yellowing forests, blazing sirens, airport runways, railway platforms. If many associations spring to mind of the onlooker, the ideas of the transit, passage, and mutation are quite spontaneous. Everything is in continuous evolution. Change is the fundamental principle of life.

Excerpt from text by Lorella Scacco ﻿