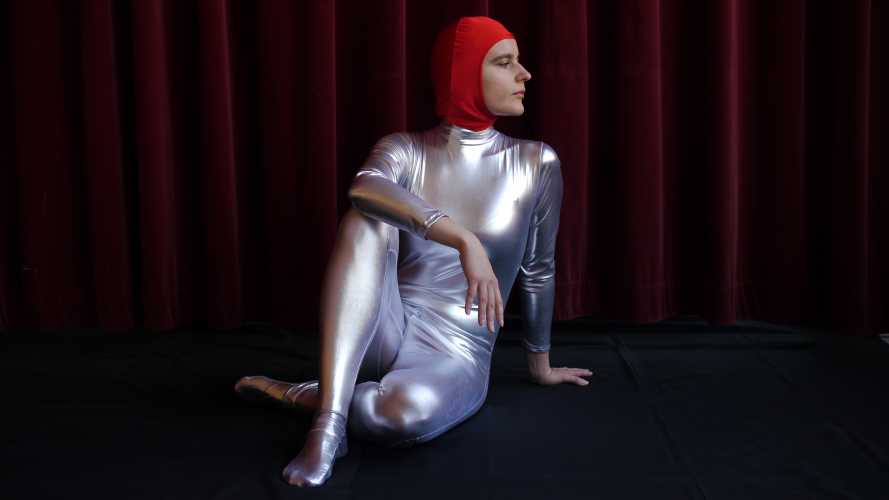 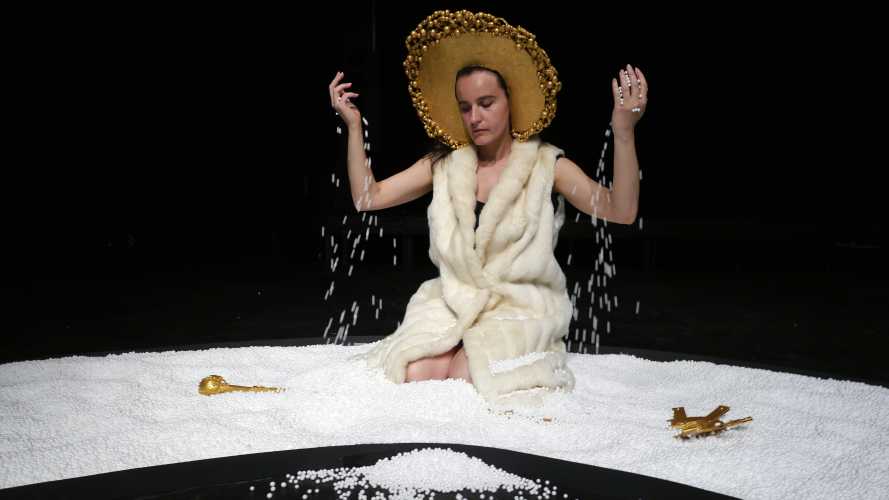 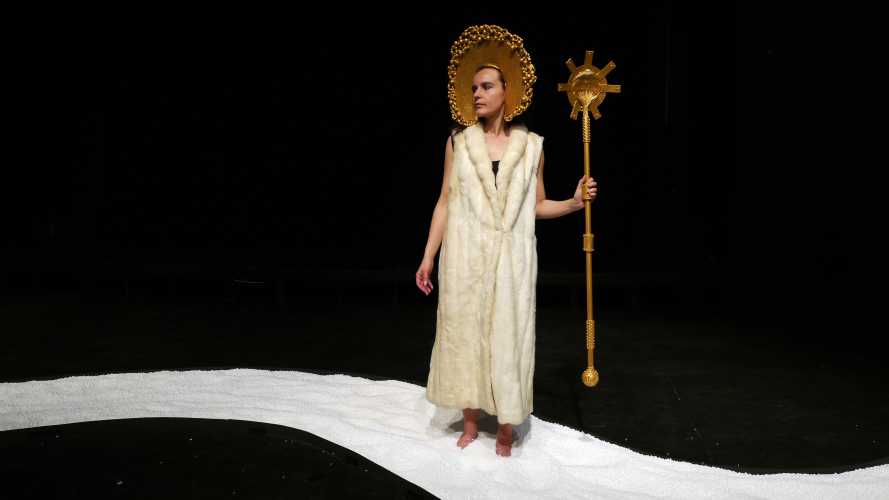 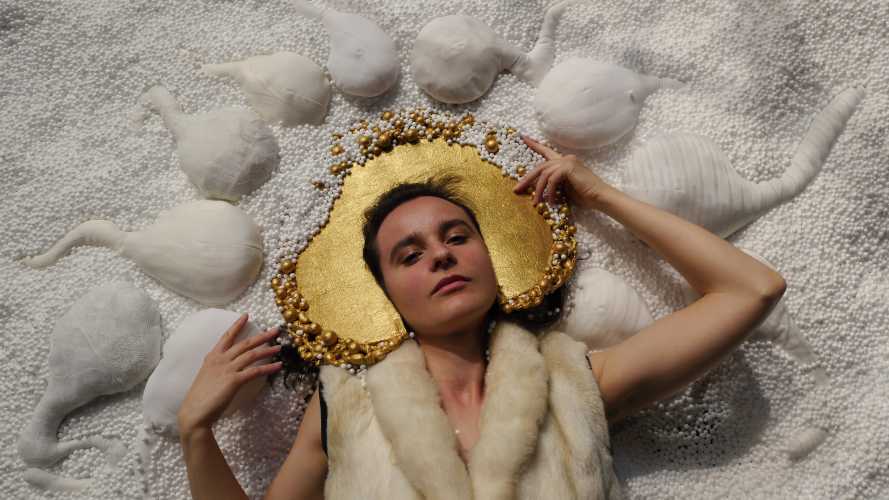 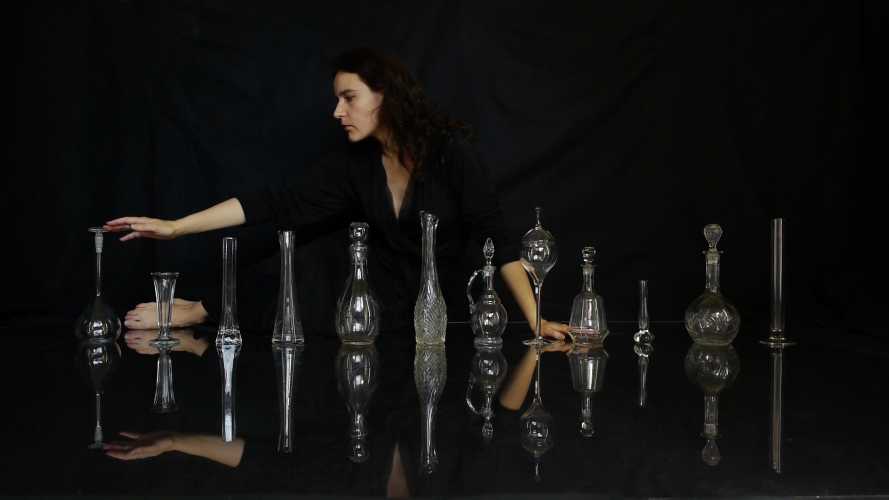 ‘Corona Radiata is about the first three months of a pregnancy, a miscarriage and new hope. Ambivalent feelings, strange facts about foetus development and the fragile balancing between life and death. In the film I play the pregnant woman who listens to her body and I play the foetus that lives in its own world. The film becomes a supernatural narrative about a very common and most natural experience. Suddenly the foetus dies. It was the deepest sorrow of my life. At the end of the film I’m pregnant again.

Corona Radiata takes place during winter, I carry the vulnerable life within me through snow and glittering darkness. An enchanted, fantastic tale begins. Myself, a fragile container for something that barely exists, something I badly wants, something that all the time threatens to burst. I walk on ice and sit behind a small wall of crystal glass. These glasses return in the film. I set a table with everything you shouldn’t eat while pregnant, take a spoon of each, and mix a drink of death which I don’t drink. In a scene about an imagined miscarriage, I fill the containers with wine and speak about how life walks out of me leaving bloody traces. Being pregnant, to carry a hope and float in danger of death. After three months I had my first ultrasound. On the screen above the bed was my name and a silvery landscape, a moon landing. A big step for me, a small step for mankind. That’s when they told me that the foetus was dead.

When an egg can be fertilised it is covered by nutrition cells, it looks like an aura and is called corona radiata. In every ejaculation one hundred million sperms are released. I wear a golden crown and a white fur coat, I wade through a white river of polystyrene in a dark room and pick up one small ball, like hail. In the ending scene I wear the same outfit and walk through a scorched forest, with charred trees and white boulders. My body is a room for something that will be. The roads lead, perhaps all the way.﻿’