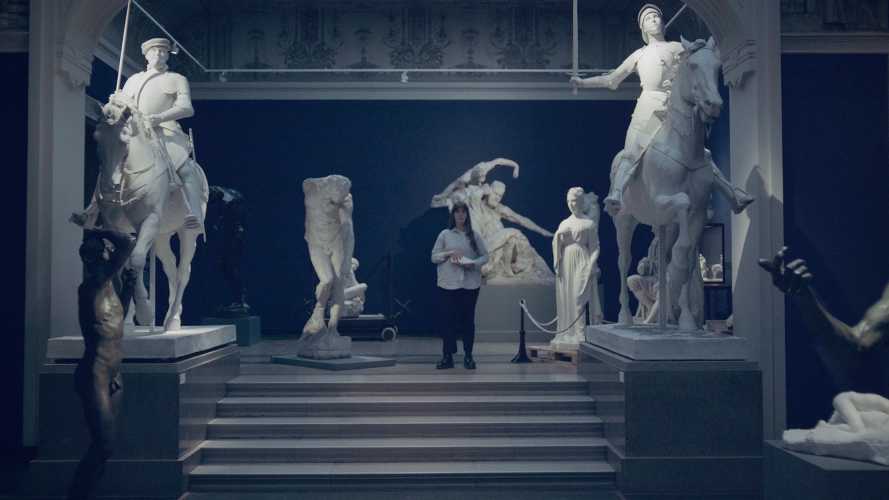 The film is a comment on the TV programs that washed over Swedish TV during the early 2000s. There were programs like `The Swan´, `Nip/Tuck´, `Extreme Makeover´,`DR. 90210´and `What Not to Wear´. These TV shows presented bodily changes as the answer to all thinkable problems. The same approach still exists today. In 2018, Swedish Public Service (SVT) ran a series of short video snippets on how to treat different kind of “pain related” feet problems. But the fact that these problems stem from beauty ideals and a solution would be not to conform these ideals, was simply not mentioned.

In our culture plastic surgery has become normalized. The body, not least the female body, has long been considered incomplete. Never good enough and always under review. But despite this, our society looks condescendingly upon non-European cultures’ bodily modification as an expression, such as the Chinese lotus feet.

With this film I want to put our society and its TV culture, its beauty ideals and its beauty industry under scrutiny and show another perspective. This story evolves like zapping through TV channels. By looking at beauty ideals from a micro-perspective we come closer to the bigger picture. To be frank – the madness about it all.﻿

Christina Tsiobanelis Fex (1987, Sweden) is a visual artist and filmmaker who lives and works in Malmö/Copenhagen. ​Her focal point is placed on issues about femininity, gender and body. ​ ​Her method is a suggestive mixture of journalism, feature film and scientific research that starts off with an exploration of subjects she doesn’t understand. The result is somewhere in between documentary and fiction that is presented with a realistic and playful outlook. Her debut feature documentary film `Silvana´ was critically acclaimed in Sweden and worldwide. It won `Best Documentary´ at Swedish Film Academy Awards. Christina’s work have been shown at numerous festivals, including, IDFA(NL), Sheffield doc(GB), Visions du Reel(SZ), Thessaloniki International Documentary Film Festival (GR), Tempo Documentary Film Festival, (SWE), CPH: DOX (DK), Jecheon International Music & Film Festival(KOR), MICGenoro(MEX).