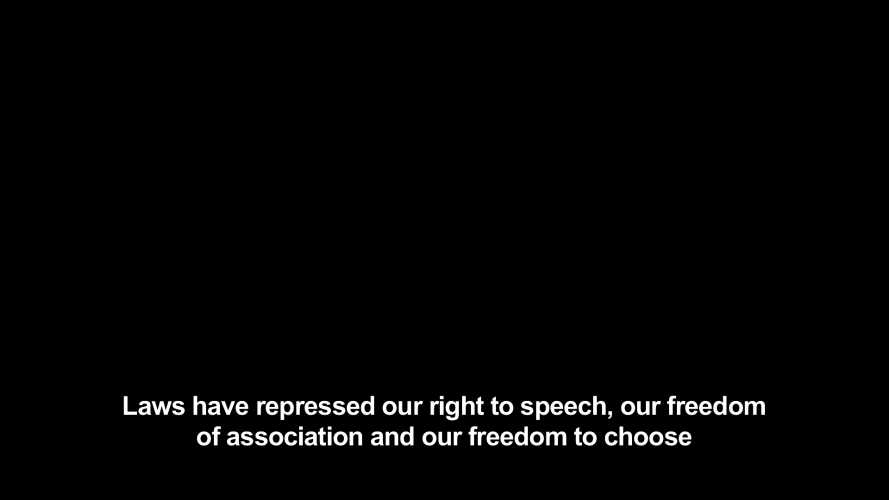 The video is based on an interview with Nimalka Fernando, who is attorney-at-law and women’s rights activist based in Colombo, Sri Lanka. In the video she talks about social and political transformation — language, politics, democracy, struggles and law — from 1978 til today.

The video is part of my works (2005-today) on the free trade zones, the Kotmale dam project and the structural adjustment policies introduced by the World Bank and IMF in Sri Lanka in 1978.

There are two versions of this video. One without image (black frame with subtitles) and one version with the footage from the interview with Nimalka. The video works independently but it has also been shown together with the video Katunayake Free Trade Zone (2015). ﻿