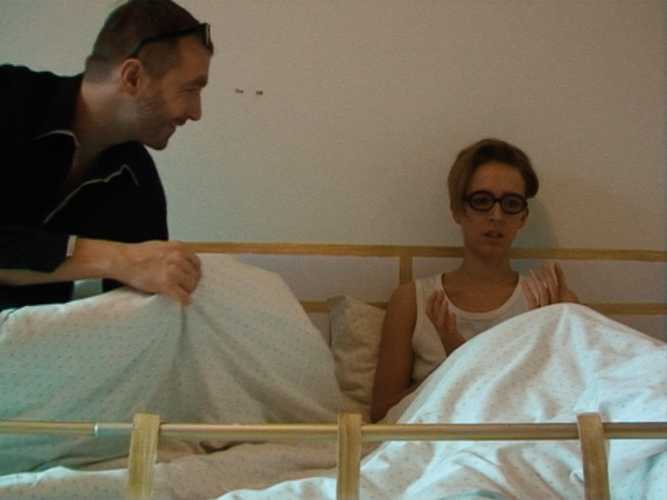 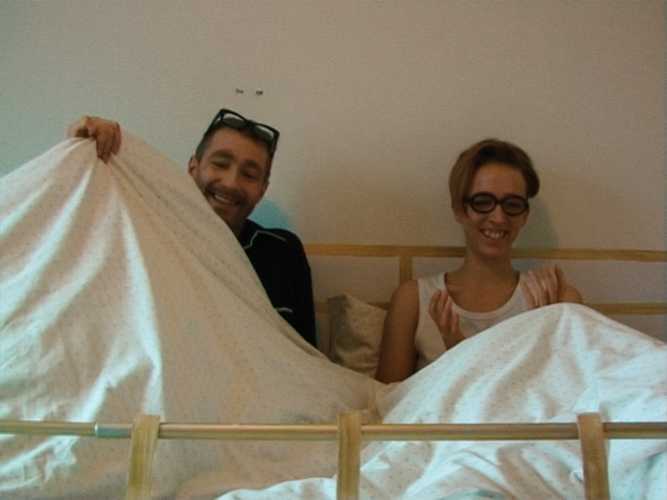 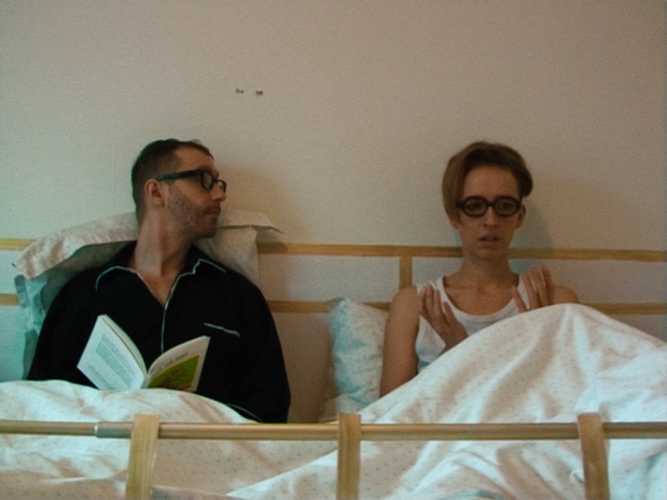 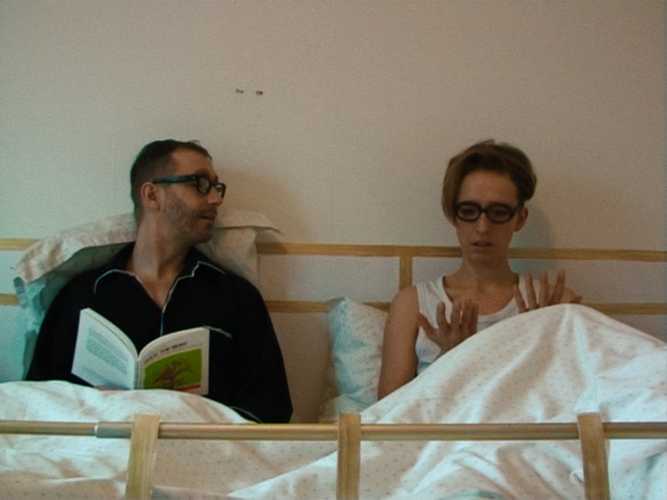 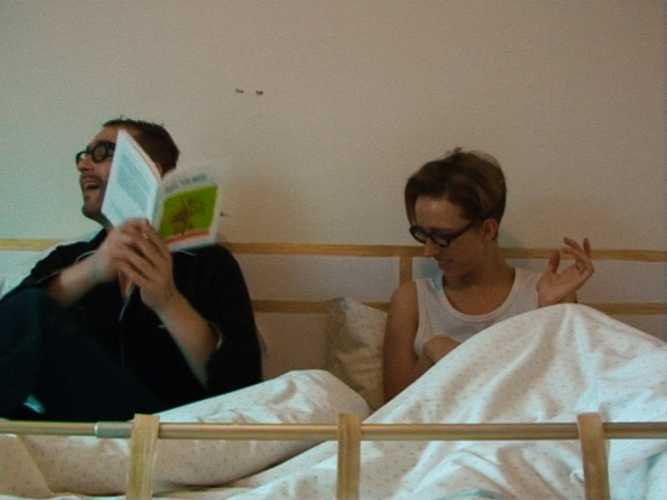 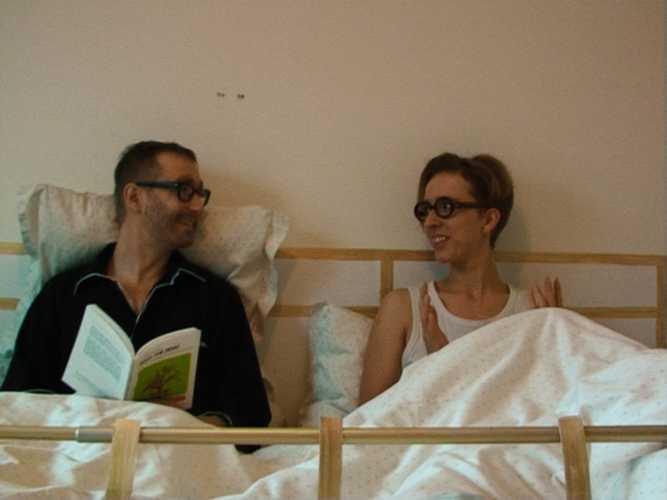 The year was 1999 and we sat at the kitchen table in Old Town in Stockholm and had morning coffee. We started playing with the idea of being an actor. Cinemateket’s program sheet was on the table and in it you could see frozen stills from films by Akira Kurosawa (‘Dreams’), Michael Curtiz (‘Casablanca’), Ingmar Bergman (‘Scenes from a marriage’) among others. We fell for the idea of creating moving pictures from stills, with ourselves in all the roles.

We have since made a number of short films on that theme. We decided that each movie recording should take no more than one hour and we calculated that we could get three to four moving still images in one day. Since the budget was only SEK 300 including pizza, all the films were filmed at the Myrorna flea market in Ropsten, where we borrowed clothes, furniture and arranged with lighting and filmed in secret. What happens when we film ourselves still as in the picture, what emotions penetrate the moving picture? When our mutual concentration during the recording failed, the story was created in the gaps.

Although we had not seen several of the films that were shown at Cinemateket in Filmhuset in Gärdet, the frozen still images in the program sheet became a window, which we passed through and out on the other side. Ingmar Bergman said that he did not feel any closer relationship with Johan and Marianne, although he acknowledged some common traits. That applied to us too! We used our own experience of our platonic love relationship. We made our own ”Johan and Marianne ” by freely formulating our own lives. The scene from a marriage, was completed in Stockholm 2020.﻿

Natalie Sutinen (b.1972) is an Finnish artist based in Stockholm, Sweden. She has studied at the Royal Academy of Art in Stockholm (M.F.A -05) and Gerrit Rietveld Academie of Art – Amsterdam.

Natalie Sutinen is working mainly with film included in sculptural installations. An interest in what is real and authentic runs lika a thread through her work where the filmprocess becomes an investigation into our personal relationship with all images as a means of discovering ourselves. Except for her low-key and unassuming teaching in perception psychology that reveals no dramatic truths, but it urges all of us to be humble before all contradictory statements about what is real and authentic.

Andreas Bagge lives and works in the county of Sörmland and in Stockholm. Bagge has his background in the graffiti culture of the 80s and 90s. Bagge received a master’s degree in Fine Arts from the Royal Institute of Art in 2005. He created great excitement when he wrote his name across the academy with pink paint and five meters high letters. The interest in creating directly in the public space has always been an attractive way of working for Bagge. He was already moving freely in the urban metropolitan environment and spent most of his time outdoors.

After conducting in-depth studies of how hunters/collectors lived 12,000 years ago, Bagge has found a way to interpret or read nature. Based on its needs and perspectives, he has created his own image of the role he himself plays in the human-animal relationship. Without compass or map, he navigates freely in his landscapes. The spiritual dimension is an important part of that journey. Bagge creates film and violin music by retrieving material from ghosts in his mind.