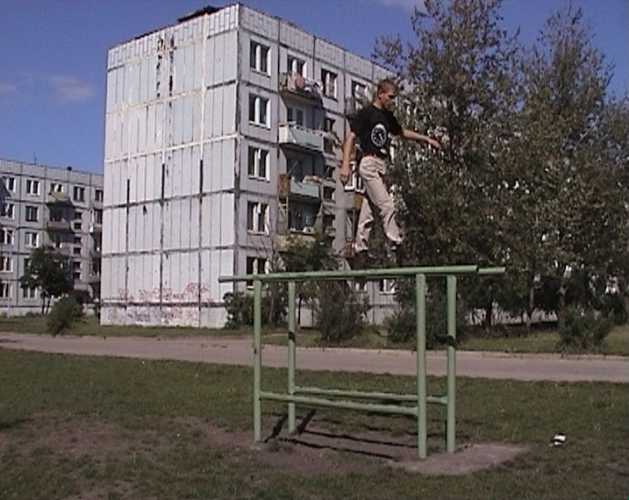 Jesper Nordahl’s video Breakdance documents the spontaneous performance of a dance-come-gymnastic routine by a youth, keen to impress the ‘tourist’ with a camera. The video was recorded at the former Soviet military port of Karosta, in Western Latvia. The site’s history is paramount to the work’s ultimate reading and is visually implied by the dilapidated state of the social housing block captured in the background.

Jesper Nordahl’s video Breakdance uses the embodiment of breakdancing in his subject and it’s latent history, to puncture a bleak cityscape with notions of resistance and self-expression that draw from groups in the Bronx, NYC in the 1970s and the broader countercultural movement which began out of a disillusionment of social constructs and demanded greater individual freedoms and determinacy.

/Excerpts from a review, by Amy Croft,﻿ of the exhibition ‘Provisorisches Yoga’ curated by Mari Laanemets and Sören Grammel at Grazer Kunstverein, 2009