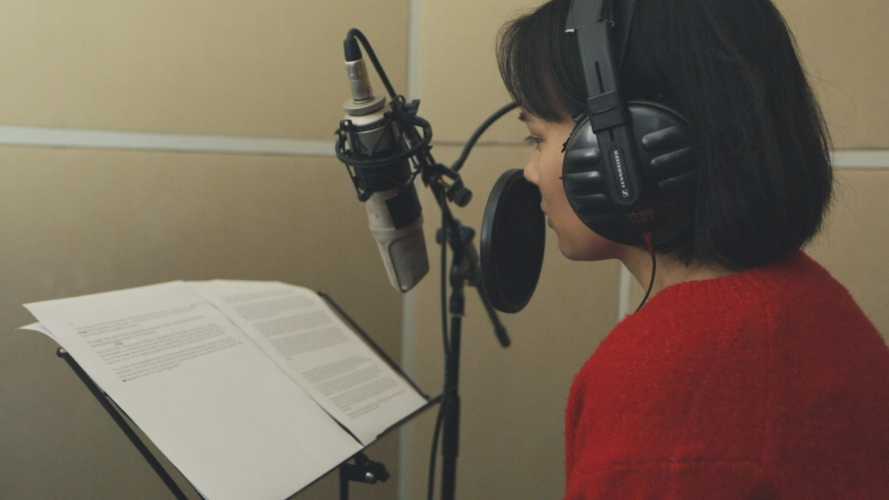 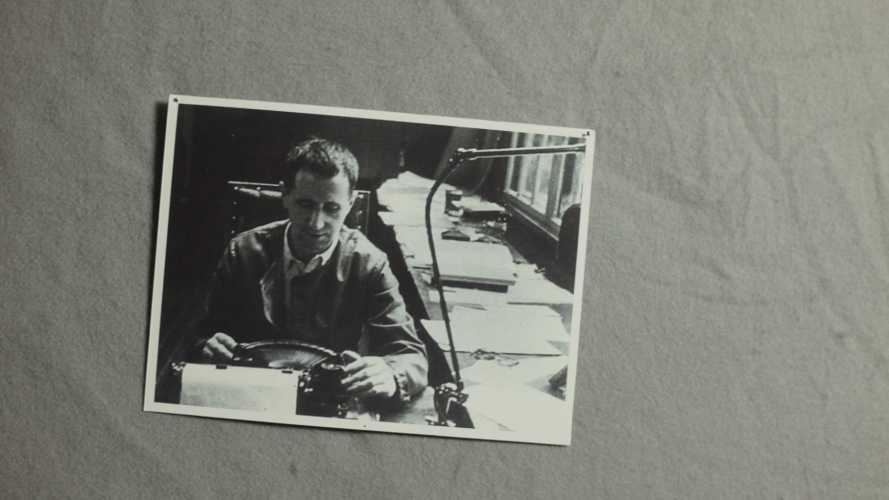 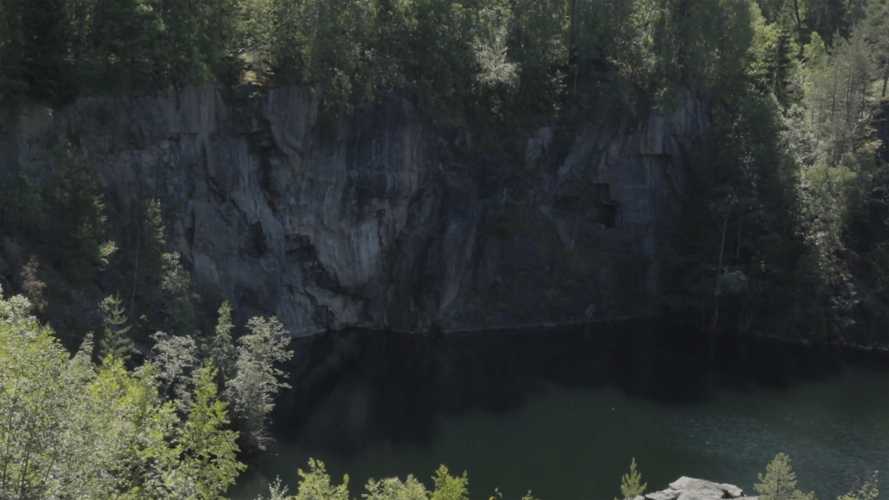 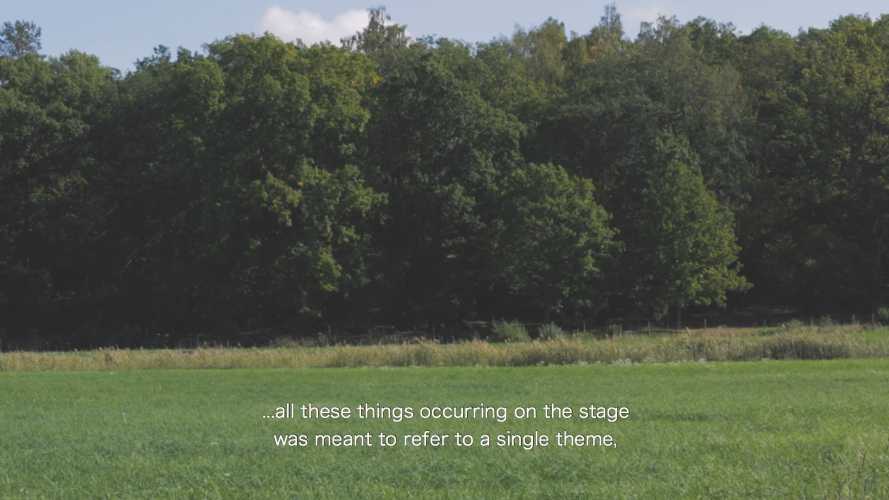 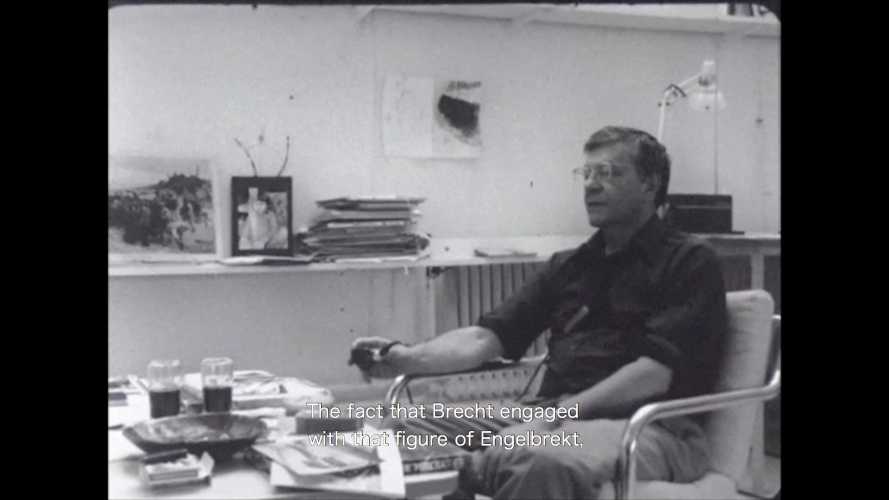 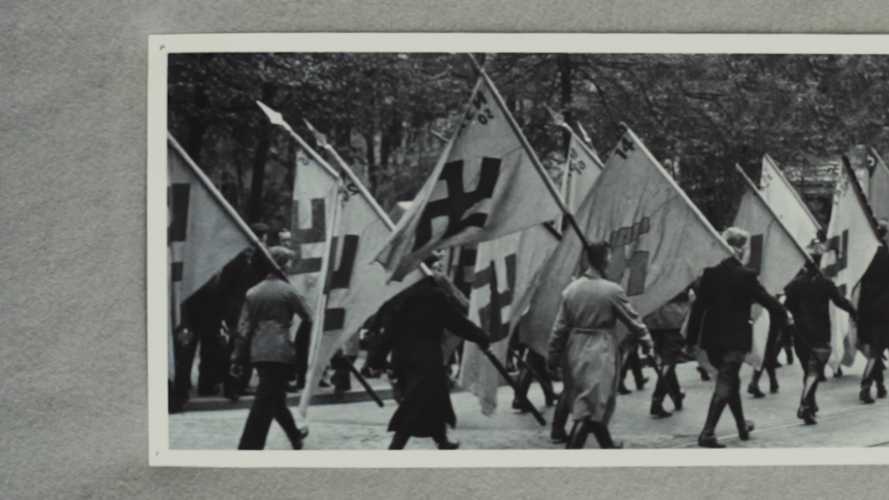 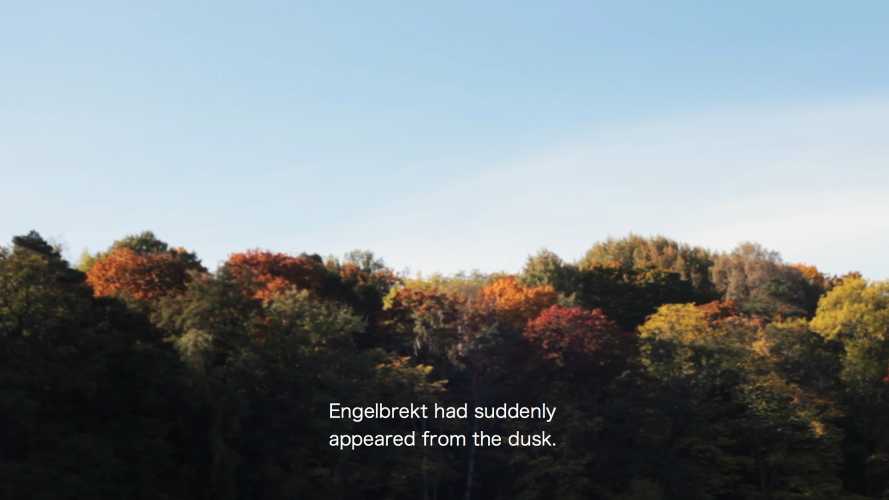 Full title: Image Missing or Scenes Based on an Unrealized Play by Bertolt Brecht (1939), and Later Reimagined by Peter Weiss (1978), about Engelbrekt and the Peasant Uprising in Sweden 1434—36﻿

The work deals with the power and the limits of aesthetic mediation of political history, as well as the relation between political and aesthetic representation. It takes its point of departure in an unfinished script for a never realized play, found in the archives of the National Library of Sweden, written by Bertolt Brecht during his exile in Stockholm 1939—40 with the intention to stage the Engelbrekt rebellion (a Swedish peasant uprising in the 15th century, named after its ambiguous leader Engelbrekt Engelbrektsson).

Brecht’s fragmented script was later revived 1978, when the German-Swedish author Peter Weiss constructed a fictive, albeit detailed, complementary description of how he believed Brecht would have developed the play, in his novel Aesthetics of resistance (Vol. 2). Weiss’ fictitious description includes ideas about the stage design and other representational means to be used in the dramatization of the uprising. In that way the play lives on without ever being realized, and therefore manifests an unresolved tension between its own historical layers: the 1430s when the uprising happened; the 1930s when Brecht tried to represent this uprising; the 1970s when Weiss reconstructed Brecht’s unrealized representation.

The work takes the form of an essayistic landscape film which uses the voices of two narrator who reads parts from Brecht’s respective Weiss’ texts, to activate shots of historical locations with a relation to the uprising (the medieval mine district, the place where the city wall was located, fields that likely was cultivated by the peasants, etc). Another layer is added by archival footage (form the Harun Farocki Institute) where Peter Weiss himself talks about the play and its political motives and history﻿.

Samuel Richter (b.1993 in Eskilstuna, Sweden) is an artist and writer. Through moving image, photography, text and installation, Richter investigates political history and its intersections with aestethical representation, fictionalization and contemporary image production. He recieved his MA in Fine Arts 2019 at the Royal Institute of Art in Stockholm. He also holds a BA in philosohpy, from Söderntörn University, Stockholm. As a part of newly founded Agentur – a Stockholm based working group for critical culture production – he is currently working with the research project The Aesthetics of the Popular Front.