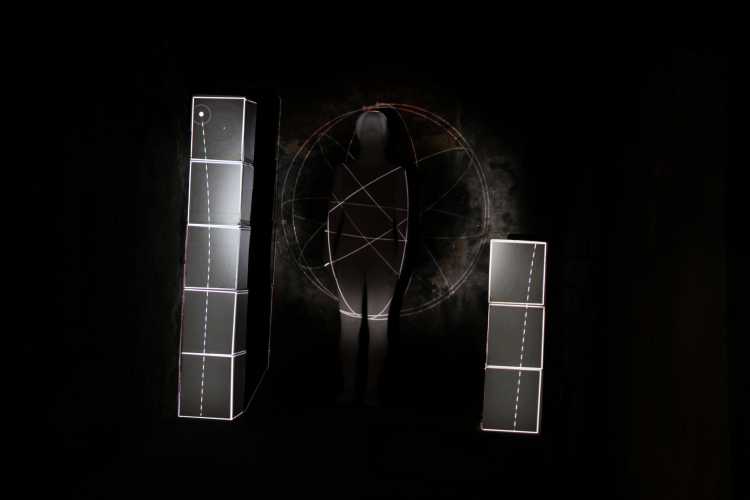 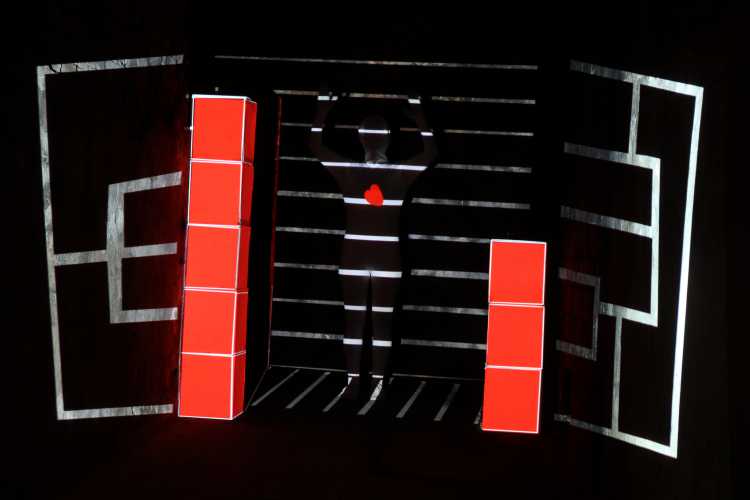 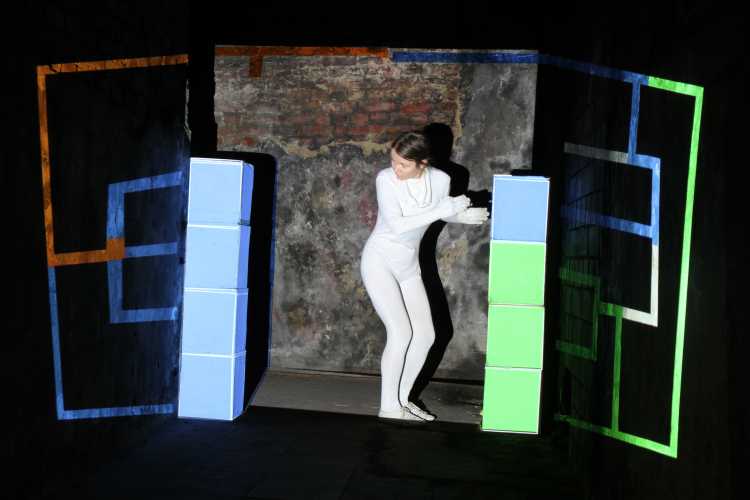 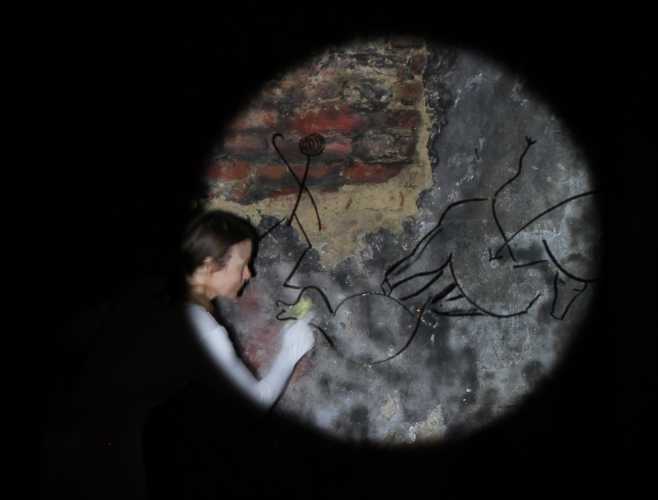 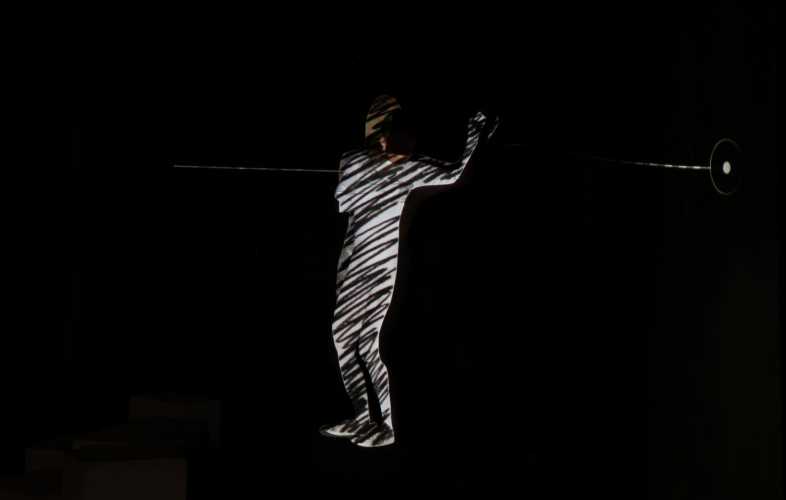 We are all atoms
BY
Kristina Frank

The idea of ”We are all Atoms” started when I took a video mapping workshop at STDH, underthe guidance of Romain Tardy. In the workshop we had access to Reactor Hall 1, where we would make sitespecific projections. I chose the controll room for my piece, including a speaking dummy/ mannequin but I would have preferred a live dancer. A few months later I was awarded residency at The Kunstlerhaus in Dortmund, Germany. Me and a dancer, Maria Holmqvist﻿.

As Dortmund is in the Ruhr region I wished to find an exciting space tightly connected to coal. The Kunstlerhaus, which served as a former bathing facility for the miners, had an entrance to the mine in the basement. During the process of the piece I associated over humans being part of a system. Sharing the past and us all consisting of the same basic element, coal atoms.﻿ 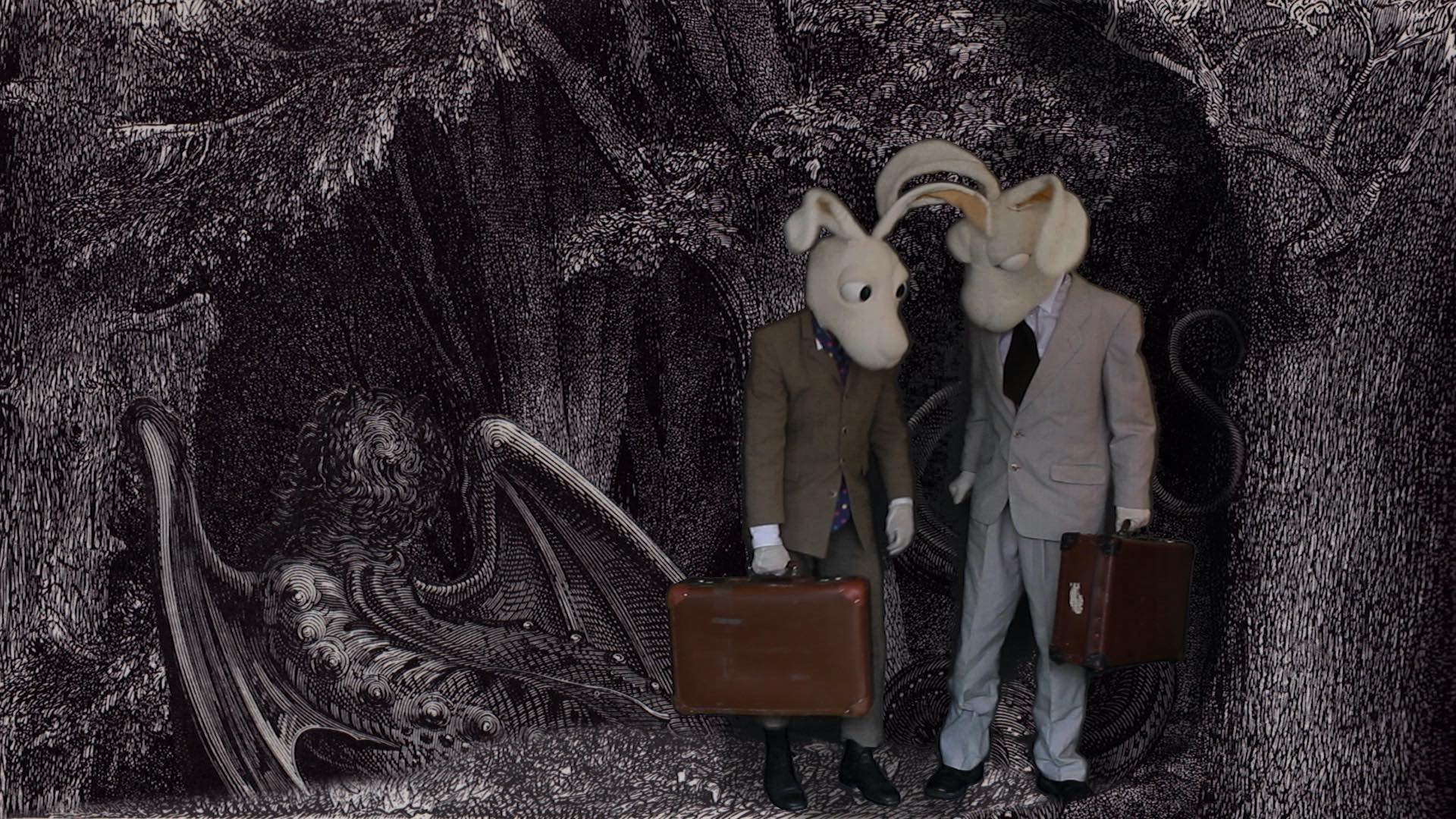