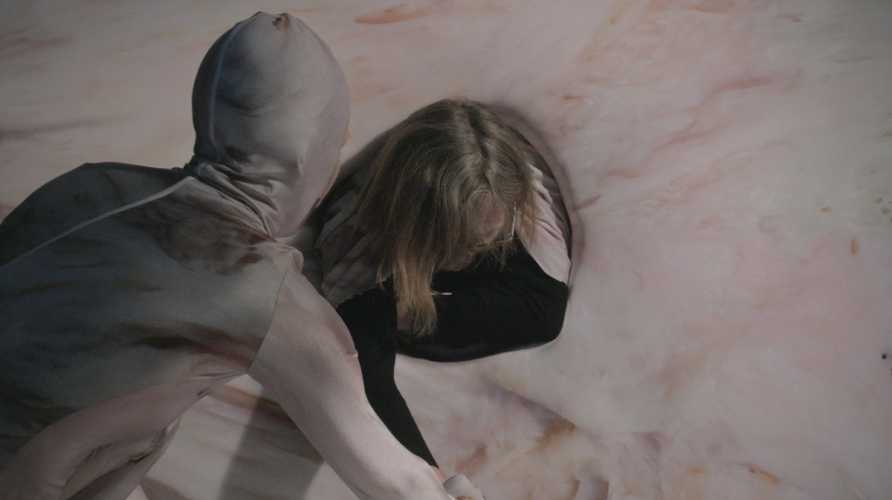 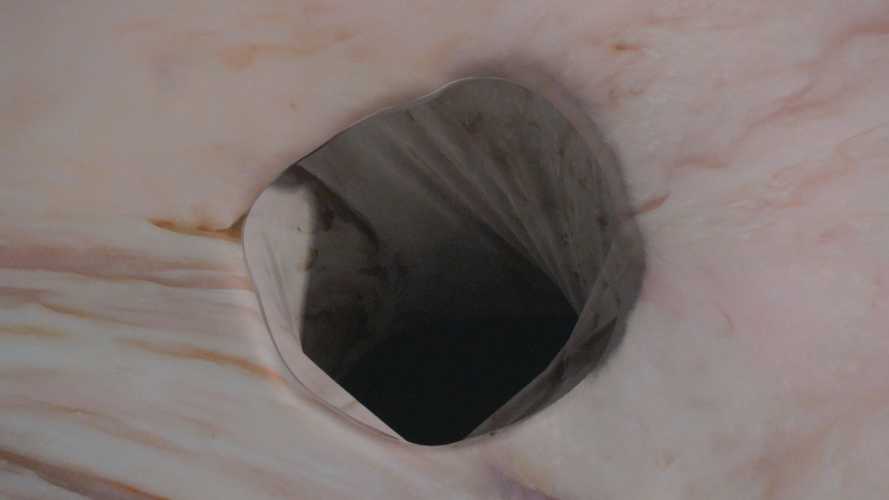 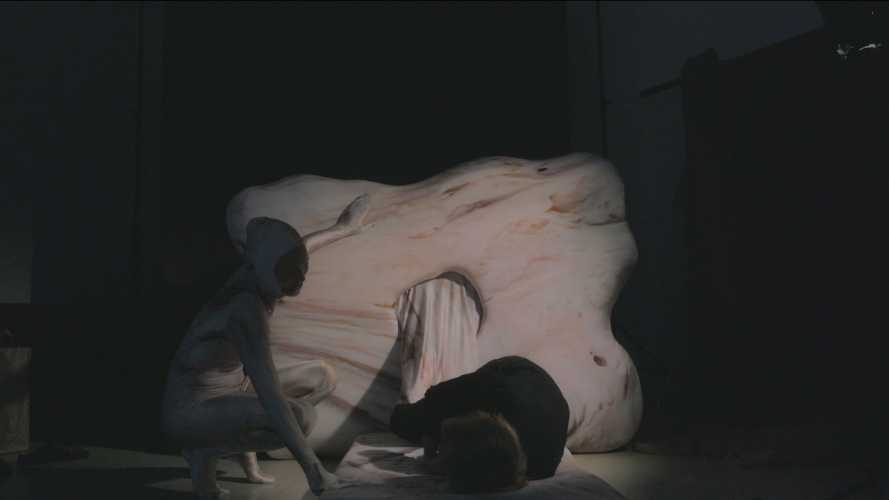 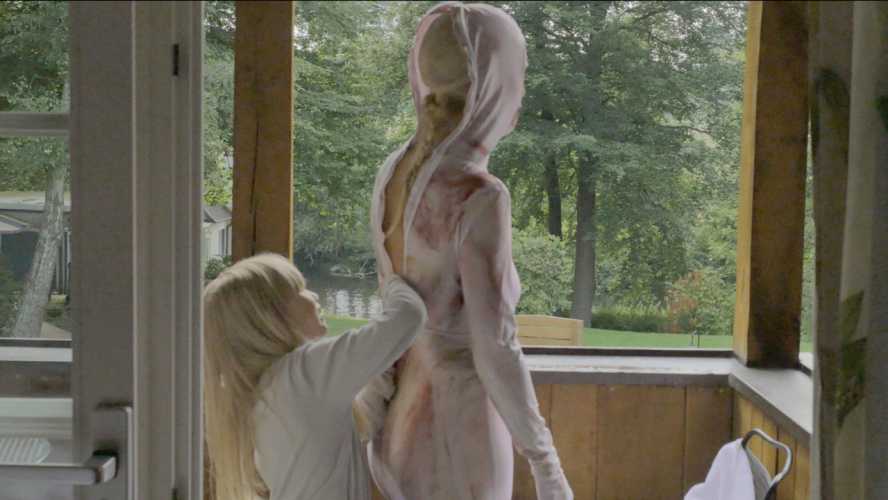 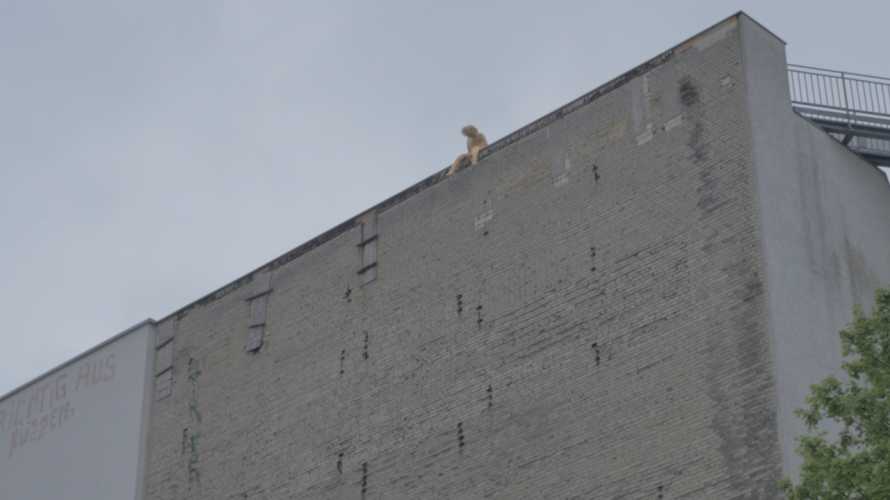 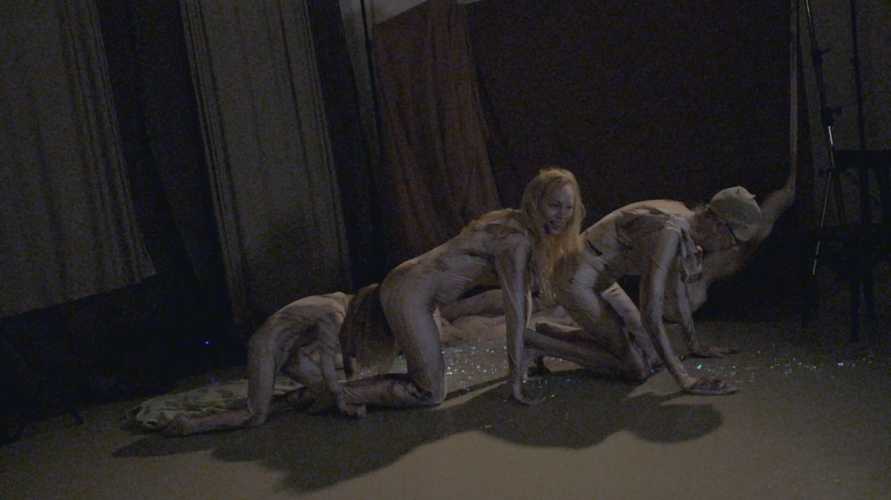 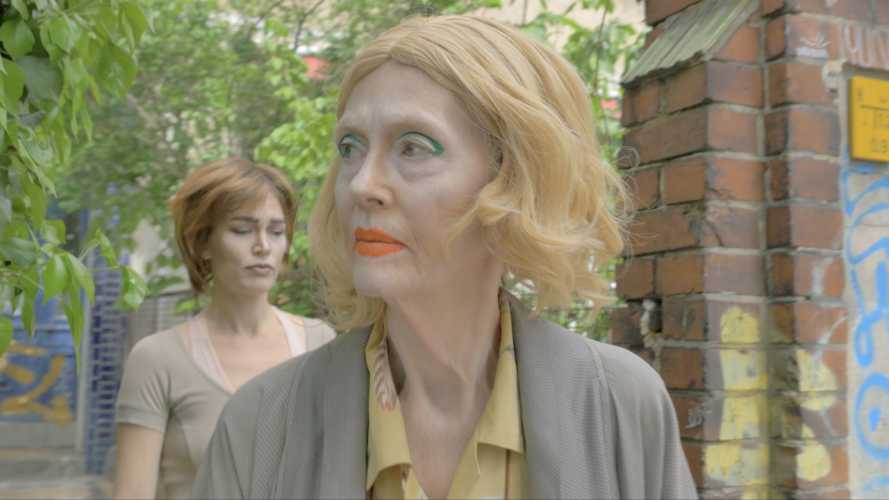 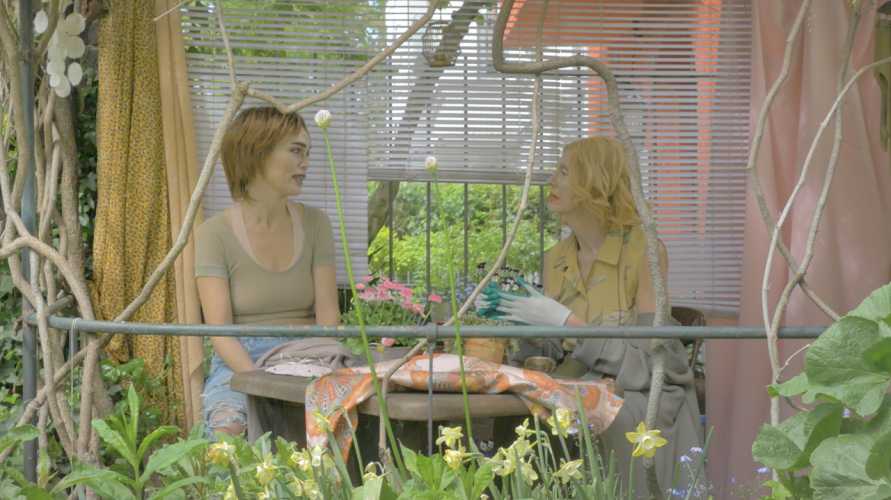 In Mama Dada Gaga we meet three generations of women in a hybrid expression where playing and different role plays makes up with the expectations of the role of the artist, motherhood and the role of women. Through scenes like The Deliverance, The Transformation, Playing with Dough, The Leap and Play with the Future, we experience how the film is thrown between fiction and reality and how the story plays as much with the viewer as with the content of the work itself. Mama Dada Gaga suggests a multi-layered storytelling – between physicality and abstraction, parenthood and childhood, symbiosis and separation, hybris and crisis, life and death.

A recurring sequence in Mama Dada Gaga is the Birth, the transformation, the transition from one state to another. The sculptures in the film form set-design elements for the rituals of play, but they are also stand-alone sculptures that themselves express these different states. Just like the film’s three main characters. Another interconnected part is the abstract, glossy, pink pattern – the motif of the pink dough. Or is it the inside of the body? Or is it marble, or any material, extremely zoomed in, close so that it becomes a symbol of the ferocious, growing, ever-present. In the film, the main characters jump into the dough and transform into dough figures (and art objects) that allow themselves to be shaped and fermented further.

The intention was to work with film as a physical and spatial medium, as well as highlighting motives and approaches that I lack in the art context. I wanted to work with play, parody, humor and at the same time let the life crisis and the everyday hardships be part. Not any neither-or!

Mama Dada Gaga makes up with reality and fiction, questioning the expectations of motherhood and the role of women in an expression that freaks out more and more. The result is a kind of materialization of how relationships and their possibilities are in a constant change of state. Mama Dada Gaga is available as a movie (32:25) or as a spatial version to be shown with additional movie parts (ref. On request) together with various sculptures and set design elements.﻿

Supported by: The Swedish Film Institute, IASPIS – the International Art Study Program in Sweden, Filmbasen and The Line﻿

Åsa Cederqvist (b.1975) works has a performative foundation and is expressed through video, sculpture, installation and performative add-ons, so-called extensions, and in an interface containing all of those elements. Her work often portrays bodily, interpersonal and material transactions during constant on-going creation and valuation. Through negotiations between virtual/ digital and physical states, Cederqvist strives to complicate the viewer’s reading to embrace a fluidity and yet presence. For the past five years, Åsa’s practice has explored co-creation processes as well as the conditions and possibilities of playing – whereby she explored presence, vulnerability, trust and a kind of everyday magic. She has explored how one can create new materials and approaches that could work sustainably and critically – and at the same time, challenge and stretch methods, aesthetic hierarchies and expectations. One result of this is the film (and the spatial presentation) Mama Dada Gaga, as well as the latest exhibitions Some Kind of Metabolism and In Natura. 2004-2011 Åsa worked as a film director of commercials and music videos, 2010-2020 as a lecturer in textiles and art (Konstfack).