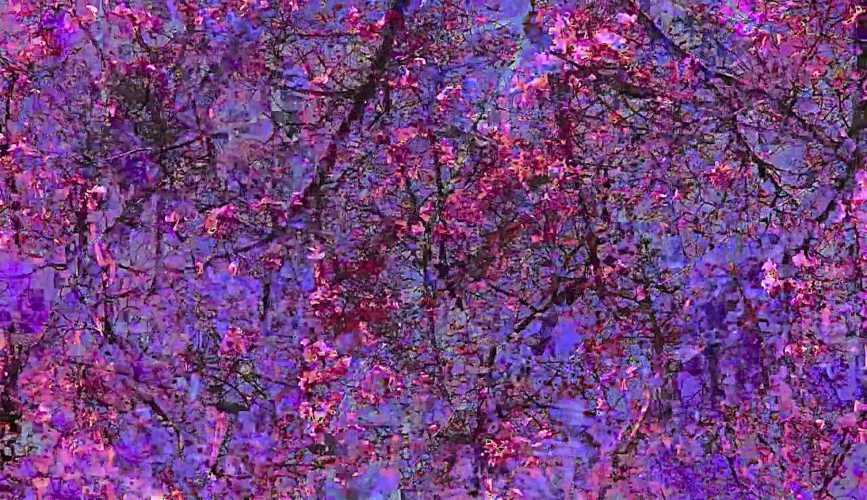 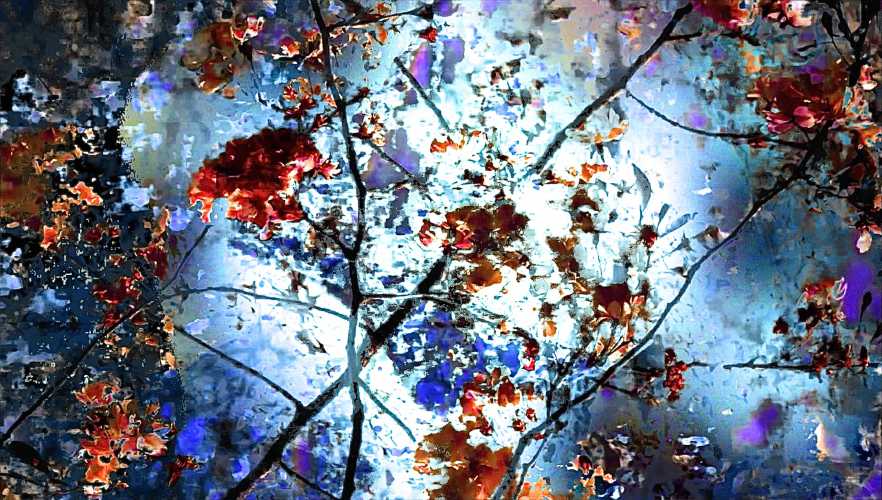 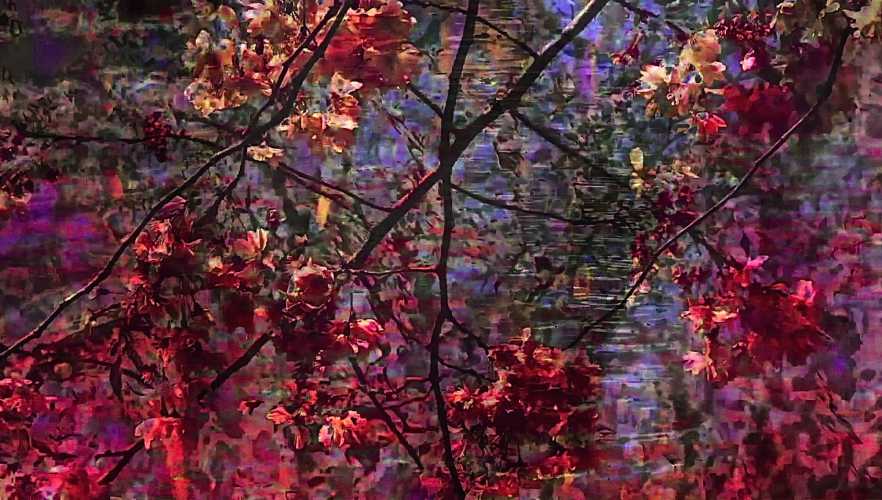 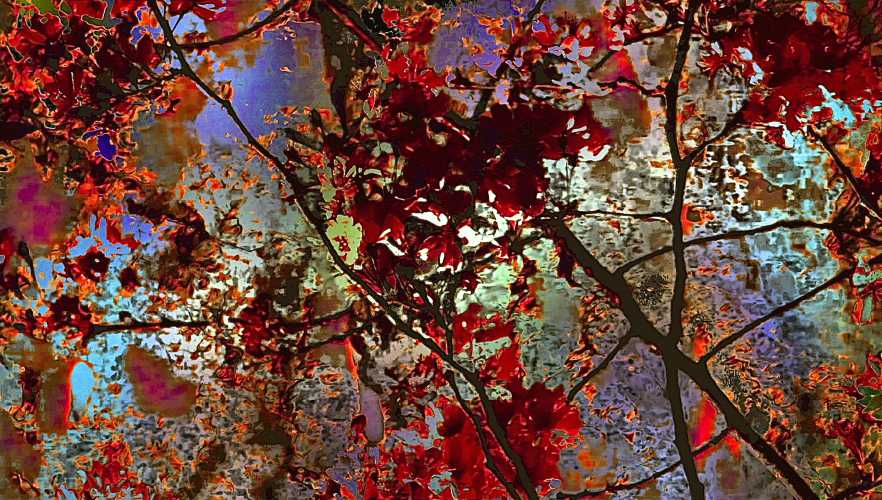 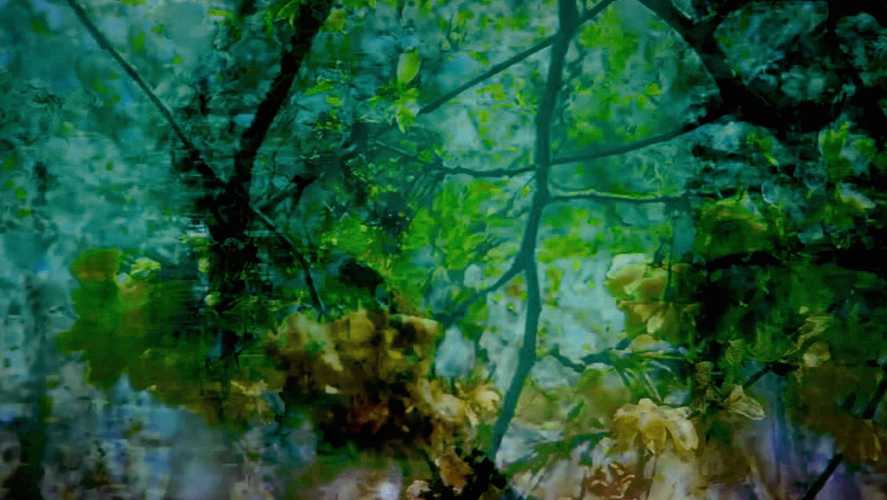 Traces of Garden
BY
Wolfgang Lehmann

Traces of Garden is a poetic relationship about colour, shapes, and movement. The pictures are based on recorded material with water, trees, landscapes, and a love scene. The images’ aesthetic is a kind of digital neo-impressionisms. A key area is, in fact, the time, the viewer’s presence in the visual flow. It is a kind of philosophical time that the visitors are invited to join, to disappear in time and space.

Structurally the work is based on repetitions, variations, and metamorphoses of the image material – everything repeats itself, and at the same time, it is never identical.

The film tells no story in a narrative sense. The original material was recorded partly documentary and partly staged (16mm an digital) and then superimposed, copied, filmed again and superimposed again until decomposition and image layers were formed.The goal was a fusion and to create new compositions of the individual image recordings. Some of the pictures are still recognizable, other purely abstract.

Traces of Garden is basically a work that gives the spectator the responsibility for the sensory perception, what she/he makes of it; it requires an active audience, knowing that everyone in the audience are individuals and have different experiences, everyone brings their own subjectivity.﻿ 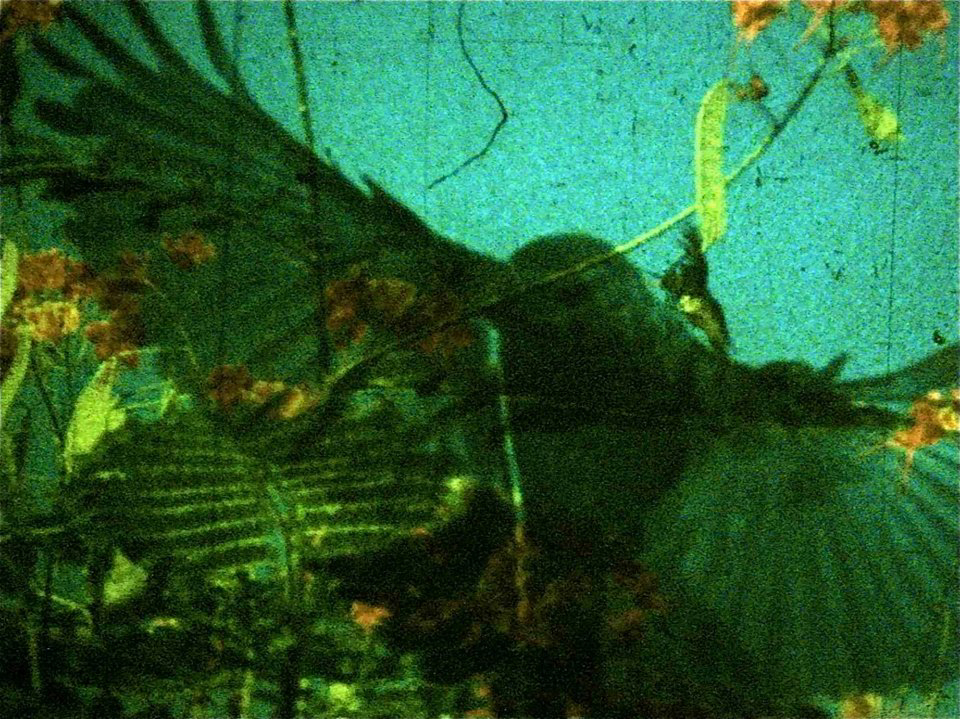