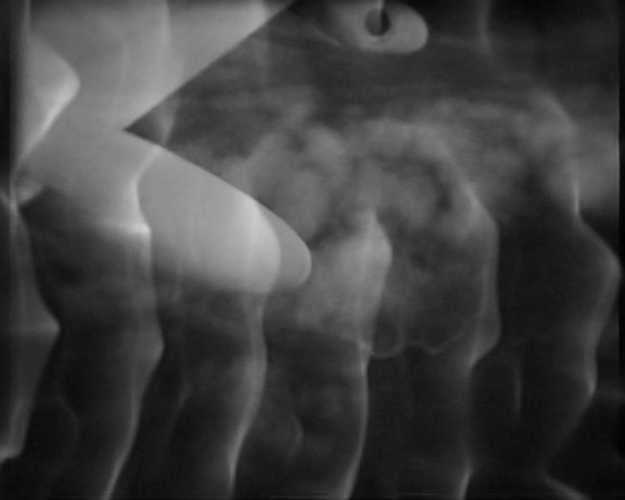 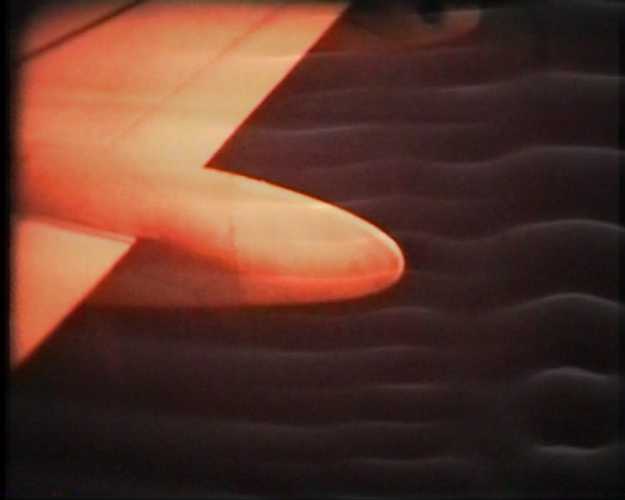 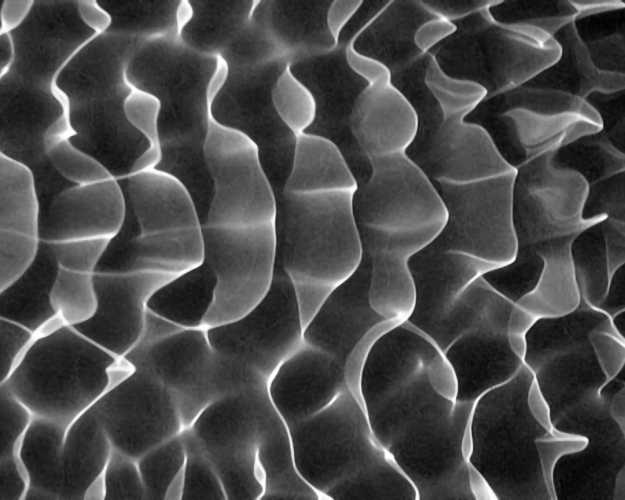 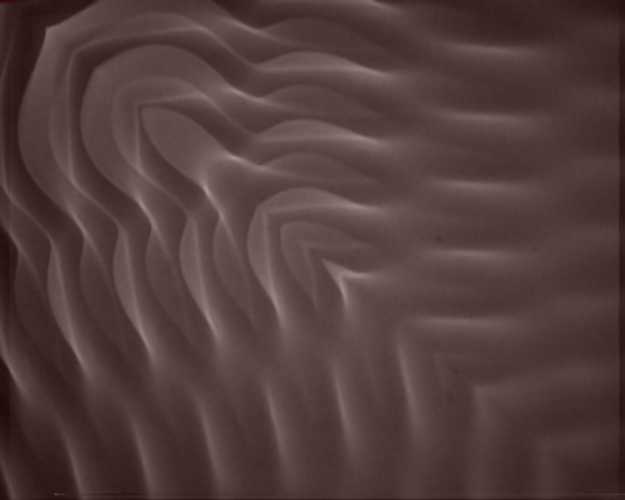 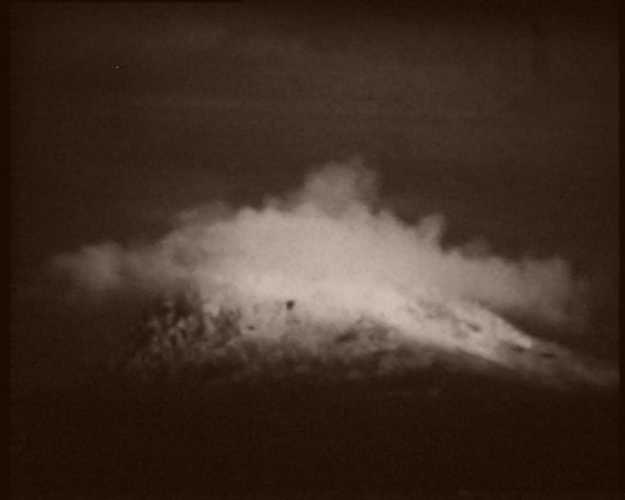 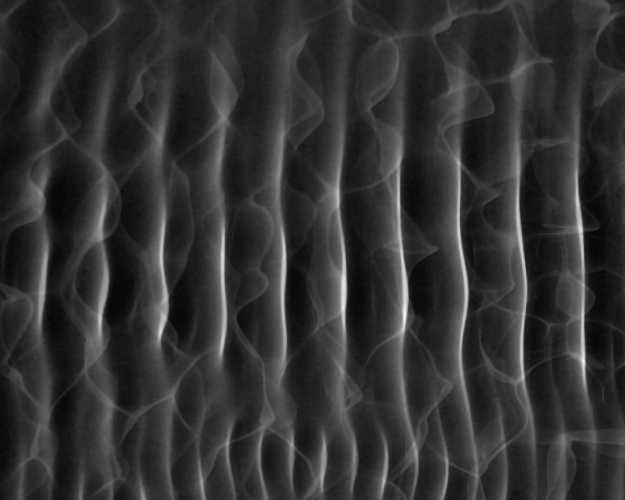 Kyma is an abstract short film, filmed with both Super8 and MiniDV camera. The video begins and ends with wave movements in the form of a plow. From a plane, you see the earth from above, dreamy scenery, clouds and mountains on the horizon that are shifting to closeup images of waves, ripples and movements. The video shifts from black and white to color scenes , which then returns to black and white.﻿

Born in 1966, lives and works in Stockholm, Sweden.

She mainly works with sound- and video installation, electro-acoustic music, but also with drawing, collage and graphic prints. Her works are often installations where the different techniques converge and interrelate to one another, and in many of the projects, she collaborates with researchers and scientists from various fields. 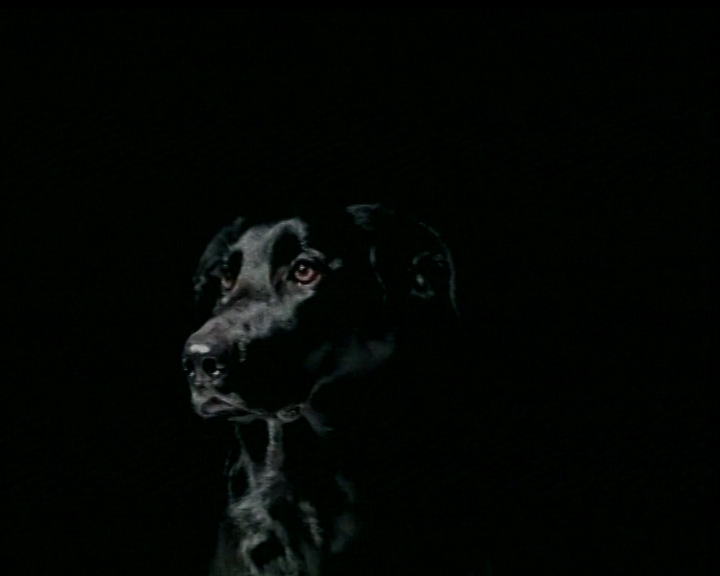 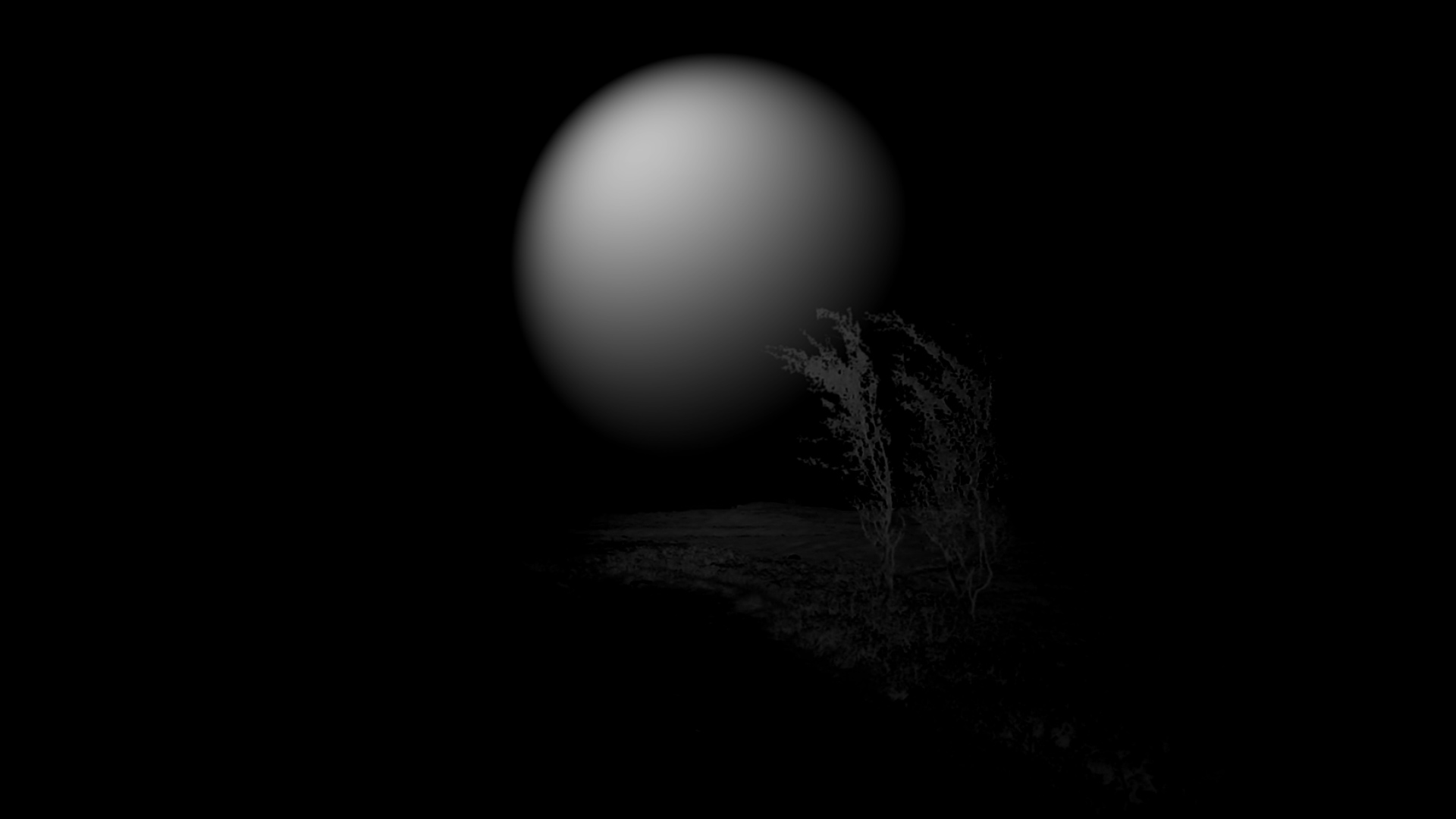