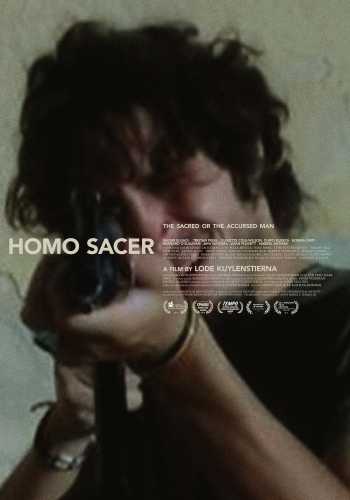 During violent riots in London in 2011, Esau Essadi Green is caught on video as he robs a man who is lying half unconscious on the pavement. When his identity is leaked on the internet shortly after, he is bombarded with insults and threats. His face becomes the symbol for the indifferent selfishness that the English riots was an expression of in the eyes of many – not least compared to the glorious Arab Spring that was sprouting all over North Africa. Esau, however, is a digital phantom made of equal parts prejudice and wishful thinking, as the core of the young artist Lode Kuylenstierna’s research in a project about authenticity and the social medias’ influence on society’s sense of moral judgement. From Libya to Tottenham: the people who in Kuylenstierna’s film react to Esau’s crime are real enough, and so are their reactions. ‘Homo sacer’ is Latin and has the double meaning of the sacred and outlawed man. To see the film of the same name is like playing a game where the tricky rules first become clear as you play it.

”Homo sacer (Latin for “the sacred man” or “the accursed man”) is a figure of Roman law: a person who is banned and may be killed by anybody, but may not be sacrificed in a religious ritual. This is an art documentary, inspired by the collective behaviour from the social media mass swarming that enabled the riots, the demonstrations and the revolutionary forces in 2011 (England riots, Arabic spring – Libya, Financial crisis – Greece, Anders Breivik etc.) to gain power and even conquer entire nations. There for the film has an emotional, or rather subjective approach to the collective swarming behaviours of the 2011 events. That is also the reason for why the film has a kind of structural collapse. It is meant to be experienced as a series of “real” events that are slowly deteriorating as the story unravels.

In Homo sacer I want to explore the notion of fiction, by challenging the very necessary, but totally devastating outcomes from the use of a simplified language about a complex situation. By approaching the established language of documentary as an artform, I use and break the rules in order to make you question the reality status of Homo sacer, but most important, I want to make you question your own belief system and preconceived thoughts. It all began as an artistic research project, investigating the prejudice simplifications that exists in fictional storytelling. The research began in the investigation of a fictional script, written by my identical twin brother Dag Kuylenstierna. His idea was to intentionally write a contemporary story that takes place in a reality or place we have never visited or done any extensive research in to. The script is named ”Gibraltar”, a biblical translation of Esau and Jacob, made in 5 episodes following the family destiny between Libya, England and Gibraltar from 1979 to 2011.  In the film I used parts of the ”Gibraltar-script” as a map, following the main character in his footsteps to investigate and document the space between the preconceived thoughts of Dag’s mind and the actual reality. The result of this practice is a series of meetings and interviews with people giving their take on the fictional journey of the biblical story of Esau and Ya’qub.

The detective-like searching through fragments from the story of Esau and Ya’qub and interviewing people in the street, is the basis of how the film is dramatised. For me, the research material I gathered, created its own aesthetics for the storytelling. It became a perfect structure to mix the fragmented research investigation with the interviews of people living in that reality. The structure was important because it enabled me to expose the preconceived thought as a transformation of “facts” to fit in to our personal belief system. It’s a project governed by a very strict artistic method that has become this very intriguing detective documentary/artfilm.”﻿ 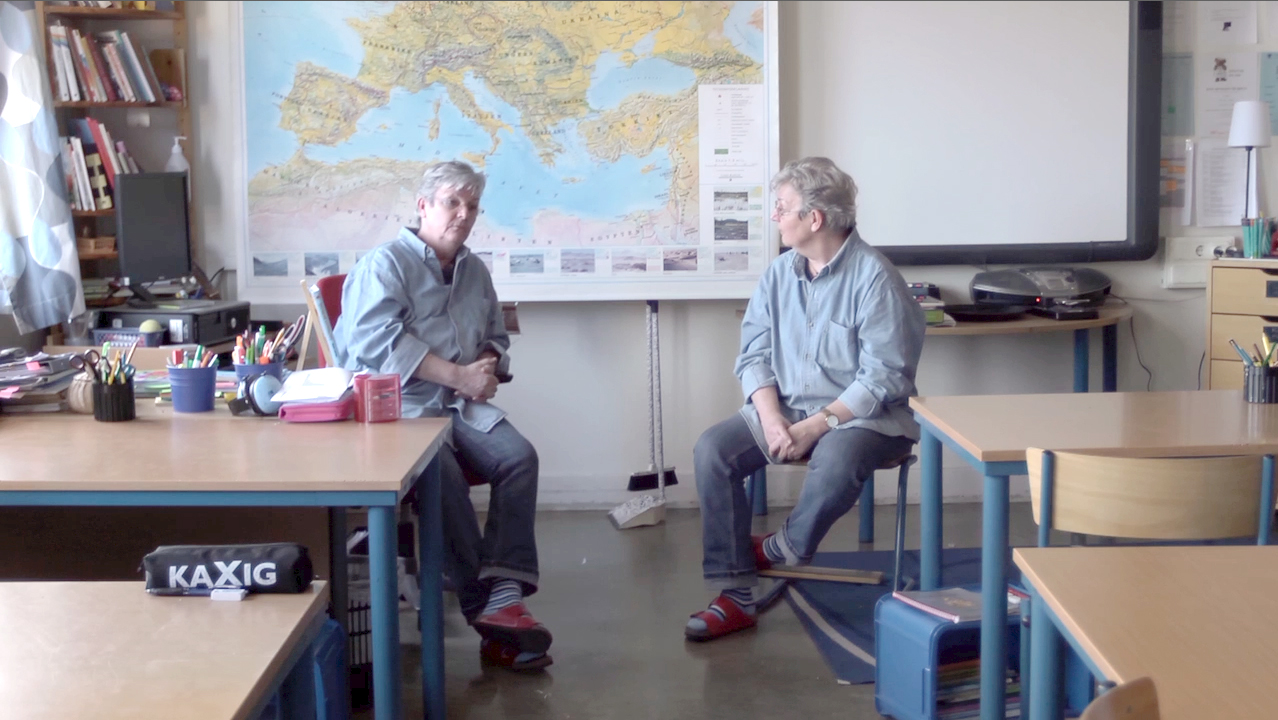