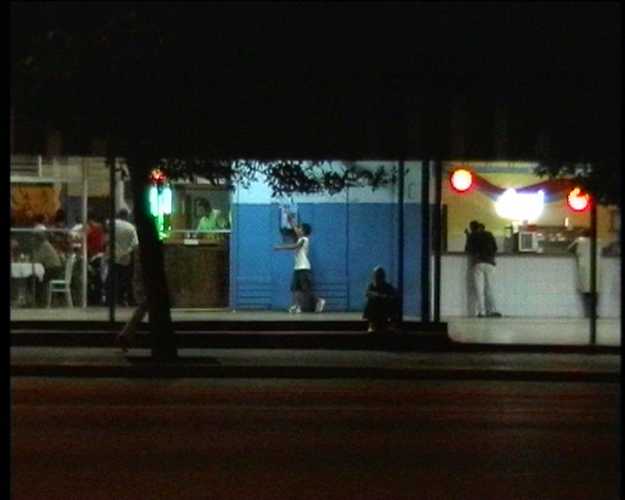 Moisé is living at the street level. He is a sound engineer and has just built a new sound system, which he is testing. The neighbour on the top floor balcony is playing classical music on her oboe because the family is living in very confined quarters. The music from Moisé is too loud for her to concentrate on her practicing so she starts to improvise. Live Sound, 2001 is a tribute to the city. In the best case scenario the city creates something new out of two already existing things, a new music, live on the street.