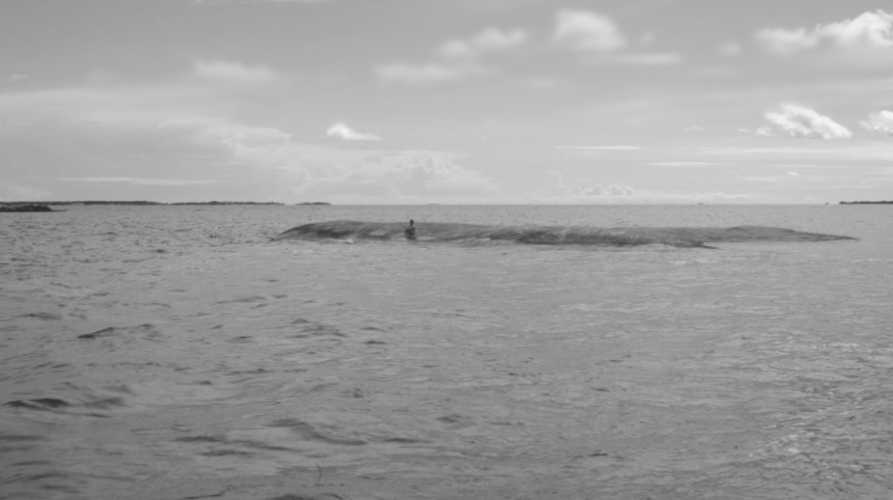 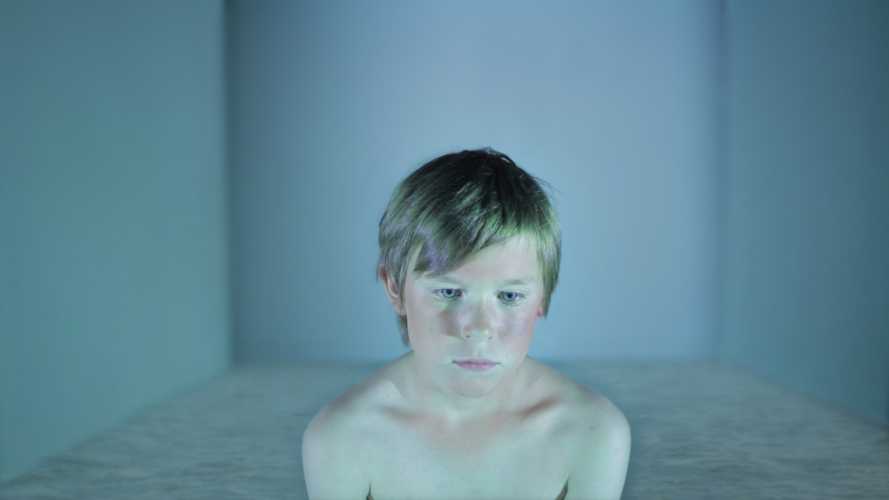 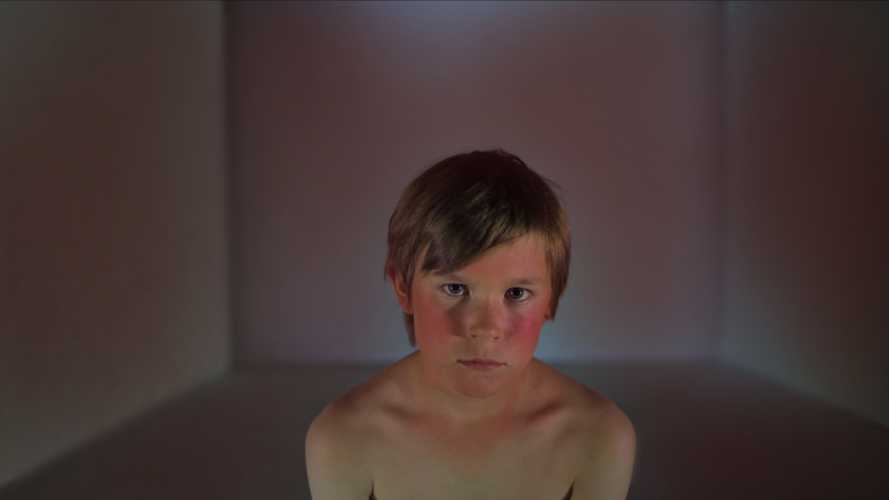 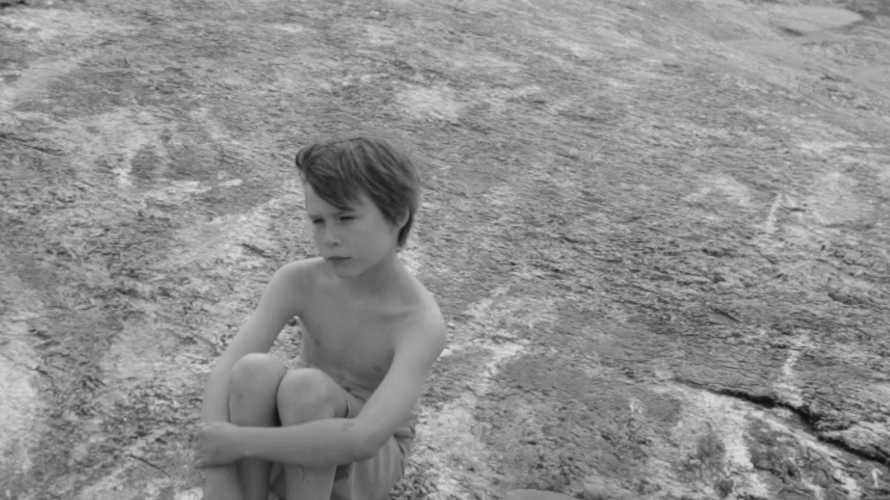 A young boy appears on an island, gazing out towards the open water. Through the boy ́s cheek we are transported into a room, an inner room where we meet the young boy ́s gaze. The boy blushes, and sequentially the walls around him turn red. The boy is surrounded by his emotion in a claustrophic aura, but by controlling his gaze, his feelings can make the blushing go away. The film Blushing (Rodnad) concludes a triologi; Grandmother’s Eye, Sacrament and Blushing.

Rodnad (Blushing) examines emotional stress and identity at three stages of life. Blushing is the involuntary reddening of a person’s face caused by embarrassment or emotional stress. It is thought that it is caused when the autonomic nervous system’s fight and flight response is thwarted. Lewald himself has not been able to blush since puberty, he believes that emotional barriers are preventing his feelings from blossoming and becoming visible. 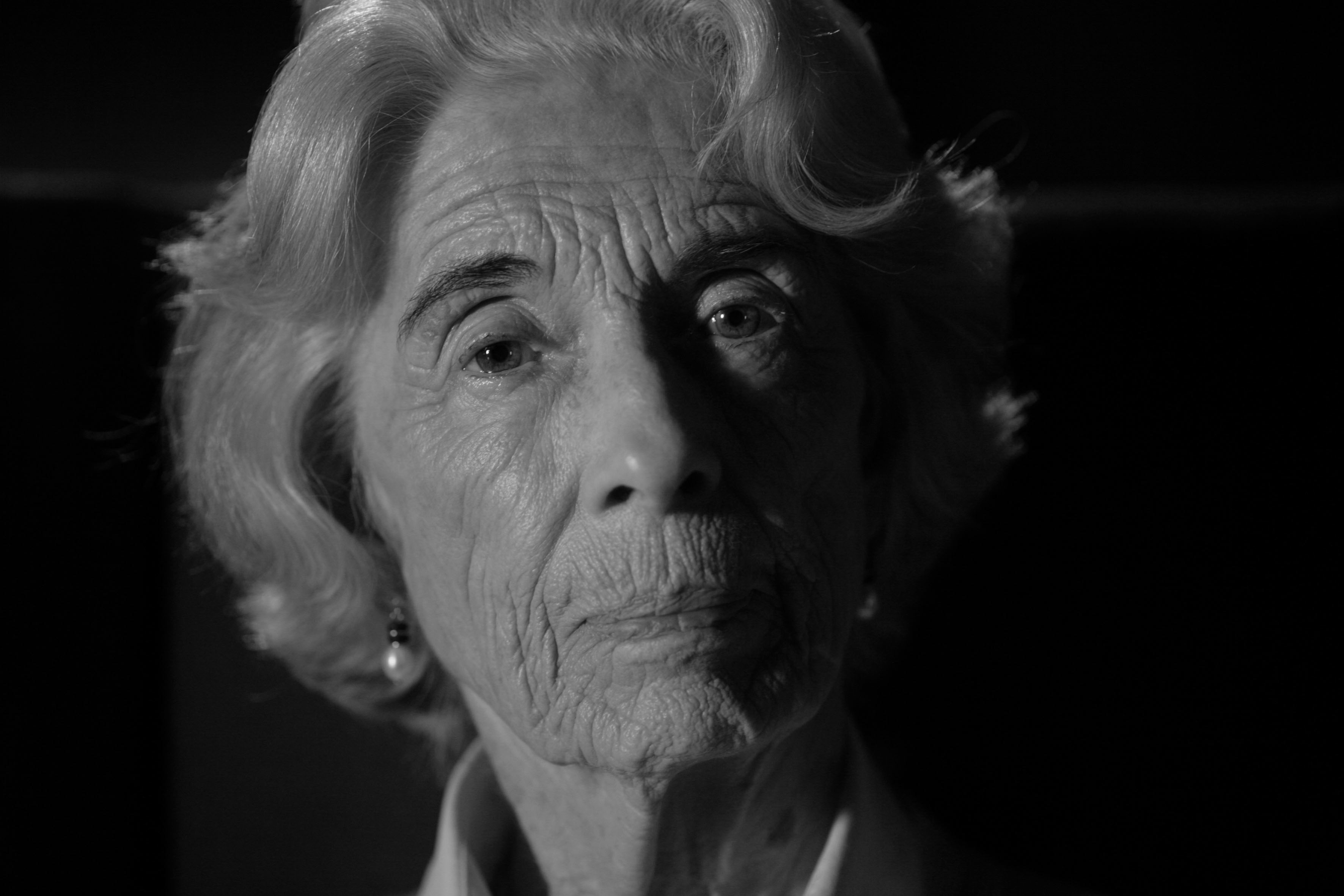 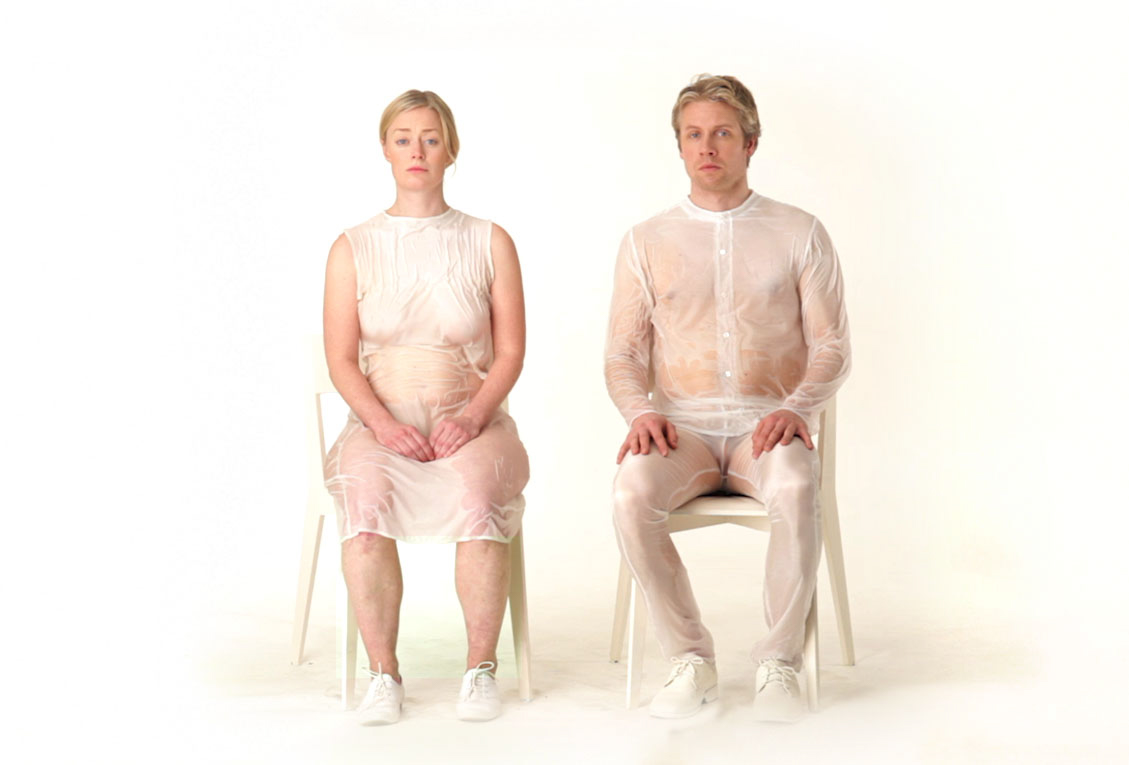