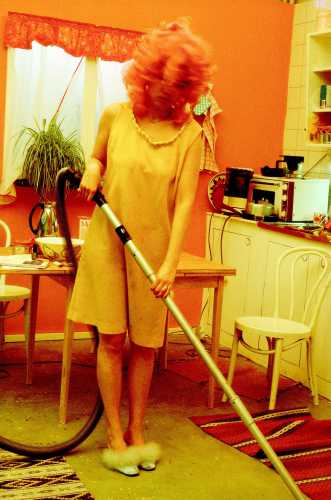 Two people: living parallel lives and making the table for two. ‘However, there were three of us, changing clothes and wigs all the time’. It was strange; at first there seemed to be two, but they were actually one and the same person.

The kitchen is about rituals, how to make the day pass and how you survive as a person. It revolves around what it is like to be home and zeroed out, while in company. It has been proved that rituals are very important for people kept in confinement or living under difficult circumstances. You have to adhere to certain rules. It is all about people skills. We wanted to show how absurd these rituals are: to take things out of cupboards and the washing machine and put them back in again. The movements in our daily lives! Everybody is standing at their sinks, at the same time, doing the same things. All of us confined to our own little box. This work was completed during the so called ‘housemaid debate’.

ln her work Carin Ellberg transgresses many of the boundaries that pertain to our traditional attitude to art. She turns precisely to what is considered too vulgar and too worldly to be considered as art. The intimate corporeality, everyday life; perishable and trivial things. Her materials are often commonplace and simple: plastic, textiles, cheap everyday objects, Her work can seldom be unambiguously described with the help of those categories we normaly employ in classifying art.

Katarina Lindgren Cavallin & Carin Ellberg made the films Köket (1987) and Elien (1988). Their work has been exhibited at Moderna Museet, Marabouparken and Fylkingen that is an artist-run venue and association for experimental music and art. 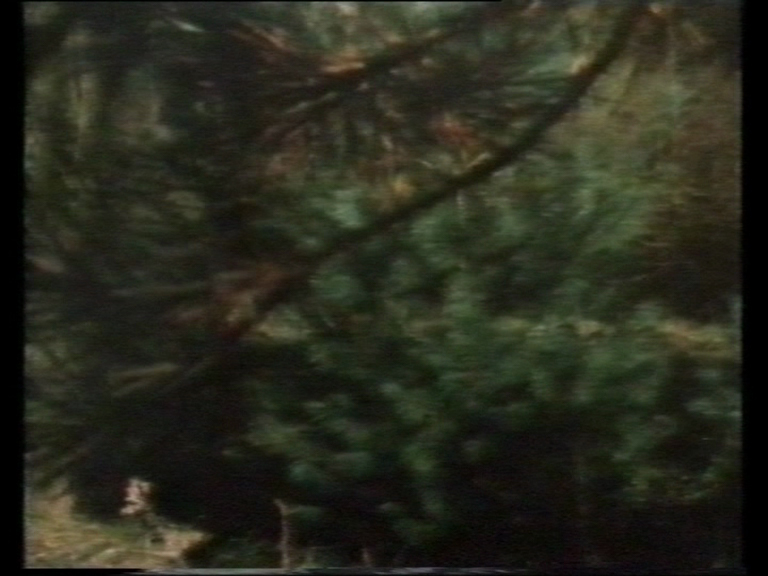