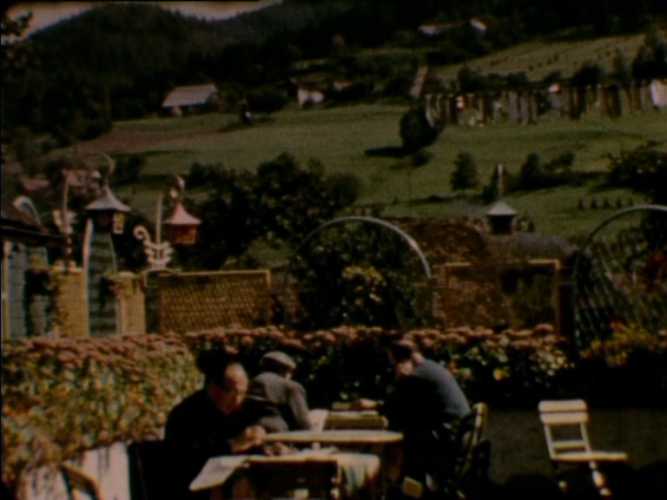 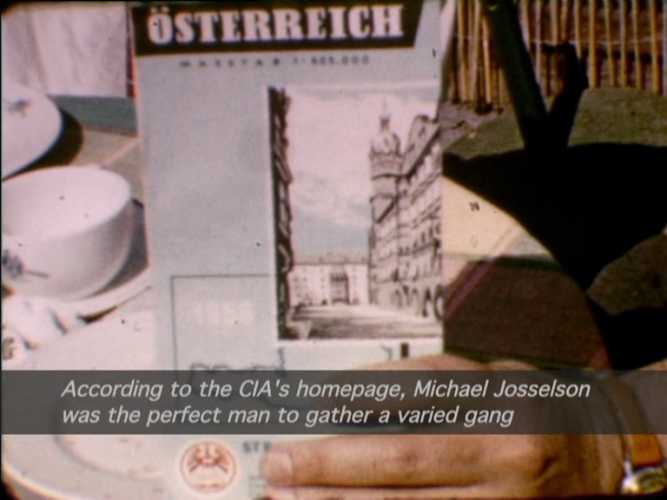 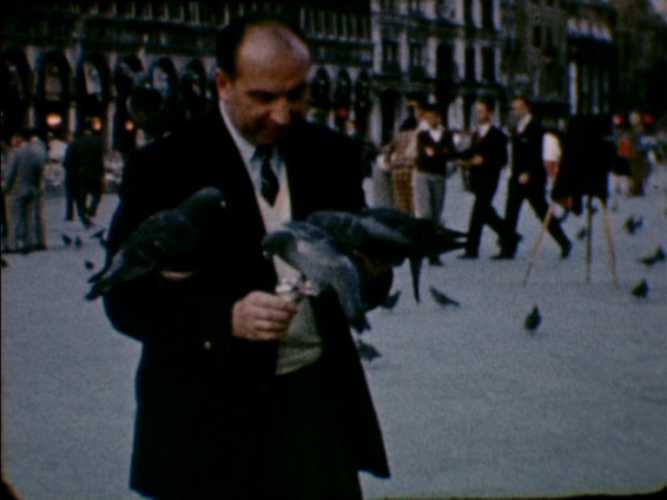 Mannen i bakgrunnen
BY
Lene Berg

The Congress for Cultural Freedom (CCF) is widely considered one of the CIA’s more daring and effective Cold War covert operations. It published literary and political journals such as Encounter, hosted dozens of conferences bringing together some of the most eminent Western thinkers … Somehow this organization of scholars and artists – egotistical, free-thinking, and even anti-American in their politics – managed to reach out from its Paris headquarters to demonstrate that Communism, despite its blandishments, was a deadly foe of art and thought. (Quote from On Intelligence, CIA’s homepage)

The Man in the Background is built around a sequence of 8 mm images from 1958, shot by Michael Josselson, the director of the Congress for Cultural Freedom (CCF), and his wife Diana. The images show the couple on a trip through western Europe in 1958, ending on Rhodes where they take part in a seminar with friends and colleagues from all over the world. In other words: seemingly typical amateur holiday images. What makes them not-so-typical is what they don’t show and what was not generally known at the time; mainly that Michael Josselson was a CIA-agent within the field of art and culture and that the seminar the couple were visiting was secretly financed by the CIA, as one of many undertakings of the CCF during the 50’s and 60’s.

In the video the same sequence of 8 mm images are repeated seven times; and each time a different narration is used to tell the story of Michael and Diana Josselson’s roles in the cultural cold war: Are we witnessing a love-story? A thriller? An historical drama? An absurd comedy? Or a philosophical and/or political dilemma? Is Michael Josselson mainly to be considered a hero, a villain, a victim, a simple cheater or a daring adventurer? While the 8 mm images are repeated the voice-over and sound effects change from chapter to chapter; thereby conveying new information as well as changing the perception of what the images show. The chapters are interrupted, contradicted and supported by interviews with Diana Josselson done in Geneva in 2003, where she quite frankly and without any regrets states her point-of-views on the CCF, the CIA and her late husband.