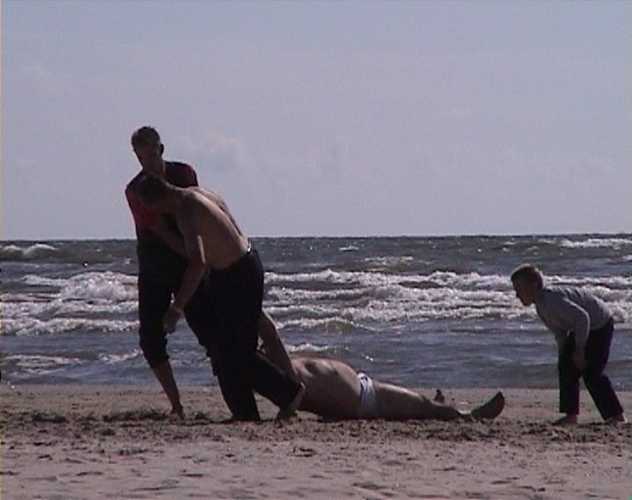 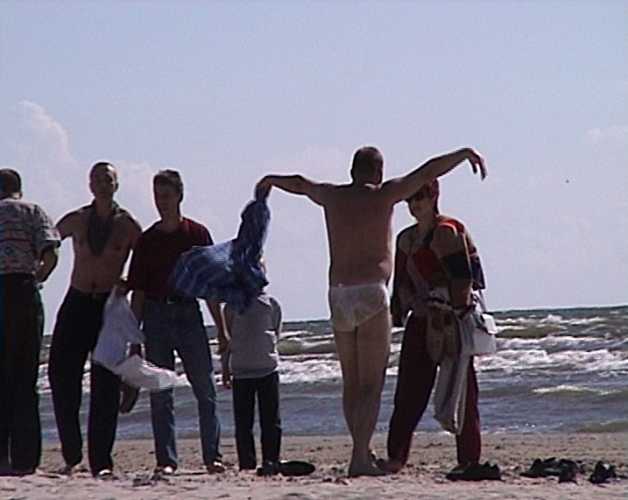 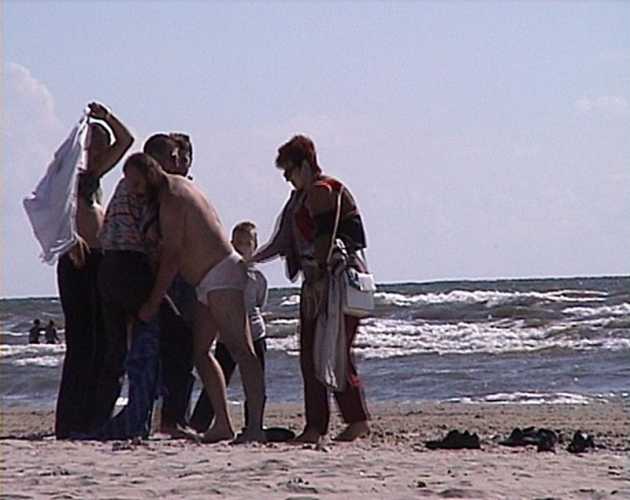 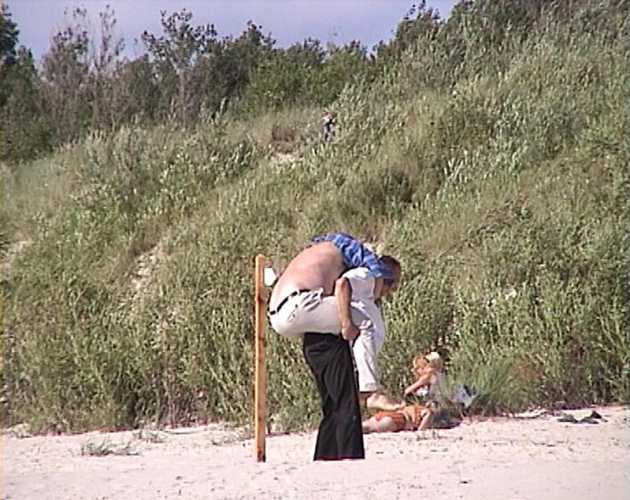 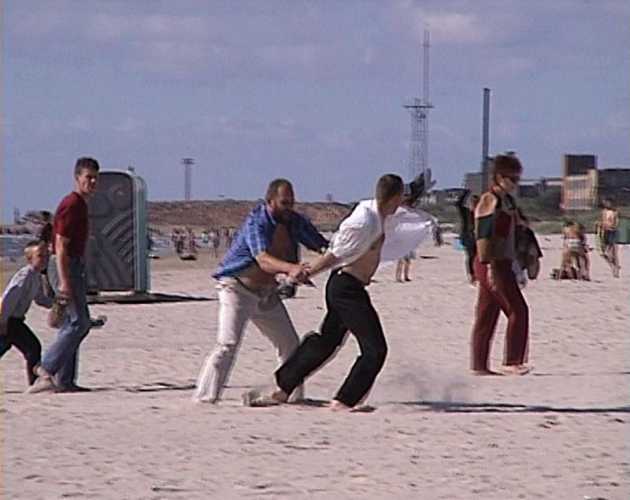 A small group of drunken men enjoy themselves at the beach. Bare-chested, they stagger along. Most of them have short hair or shaved heads. The most beefy of them all lies on the sand. He has a mighty beer belly and is wearing nothing more than wet underwear. Two other grab his arms and pull him like a stranded whale behind them. He pulls himself together, leans on someone else’s shoulders and picks up an empty vodka bottle in order to throw it in the air.

Jesper Nordahl was a chance witness to this bizarre scene. He filmed the men from a hidden spot without being noticed. The recordings remain uncommented. They are a matter-of-fact documentation of an everyday occurrence. There is no need to process the filmed material. The men’s behaviour, itself, is already sufficient staging.

This is the paradox Nordahl’s video shows to the best advantage. On one hand the men’s behaviour seems to be absolutely spontaneous. They do not know they are being filmed. They are completely drunk and totally uninhibited. Altogether, it proves that the happenings in front of the camera can be perceived as completely unstaged. On the other hand, it is also noticeable that the men’s behaviour follows clear rules.

Jesper Nordahl’s video clearly displays that the use of corporeality between men is by no means the expression of supposed naturalness. The video illustrates that seemingly spontaneous body language is also part of the role a man is assigned within the hierarchy of a group. Nordahl shows that male bonding is not much more than (homo)social pieces of theatre.