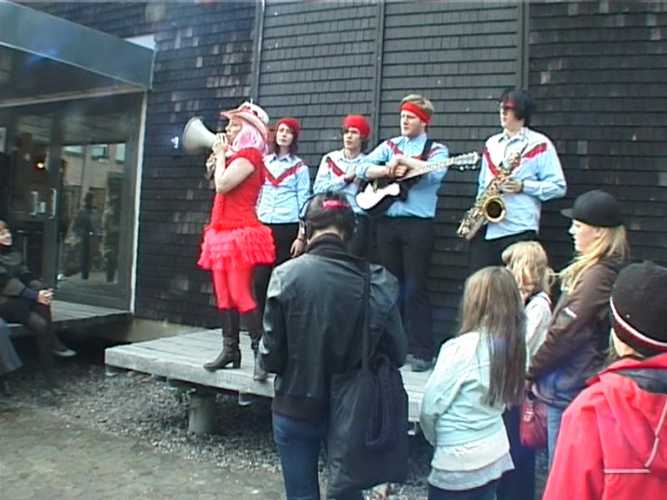 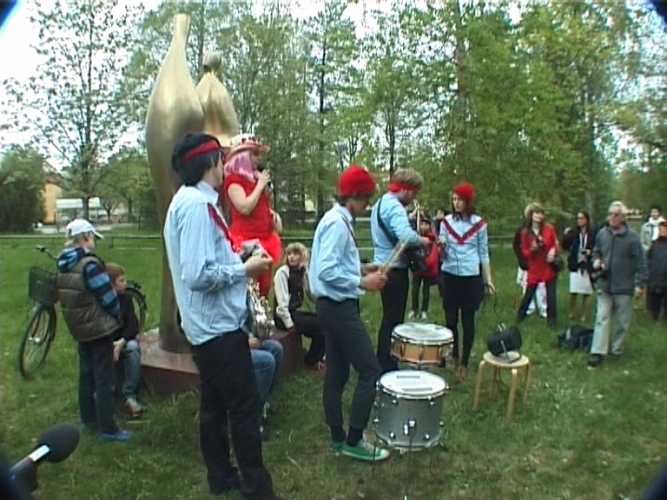 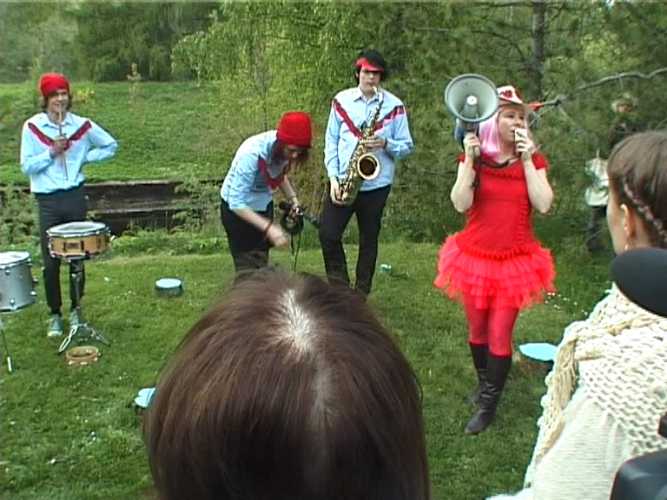 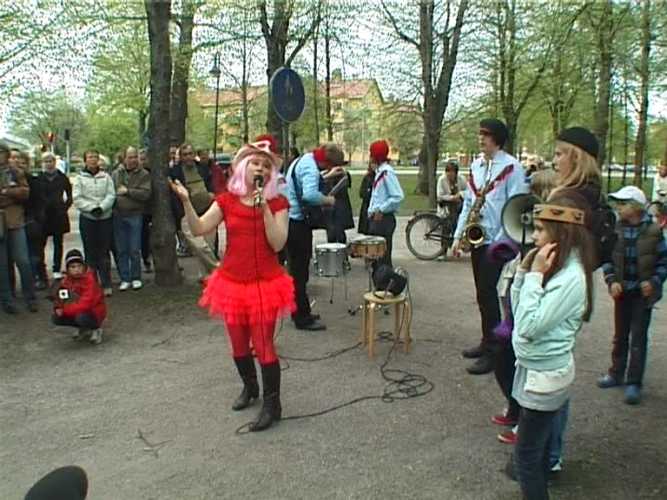 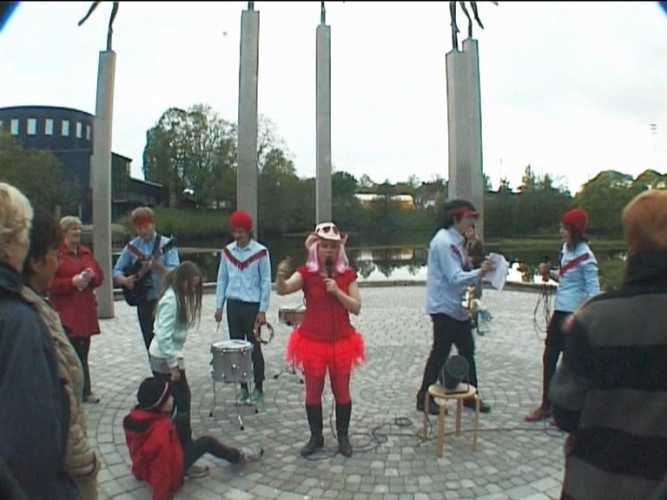 ‘Songs about sculptures’ was a musical sculpture-tour that took place in the Boulognerskogen in Gävle 14th of May and 6th of September 2008. Catti Brandelius appeared as Red Cloud Carter and performed songs composed by herself to five different sculptures in the park. The band ‘Kids from Heaven’ (Hedda Svendsen, Ludvig Blix, Pär Gustafsson and Erik Klinga) made the musical arrangements and accompanied through the walk.

The project was a collaboration between Konstcentrum i Gävle, Musik i Gävleborg and the music school of Vasa. 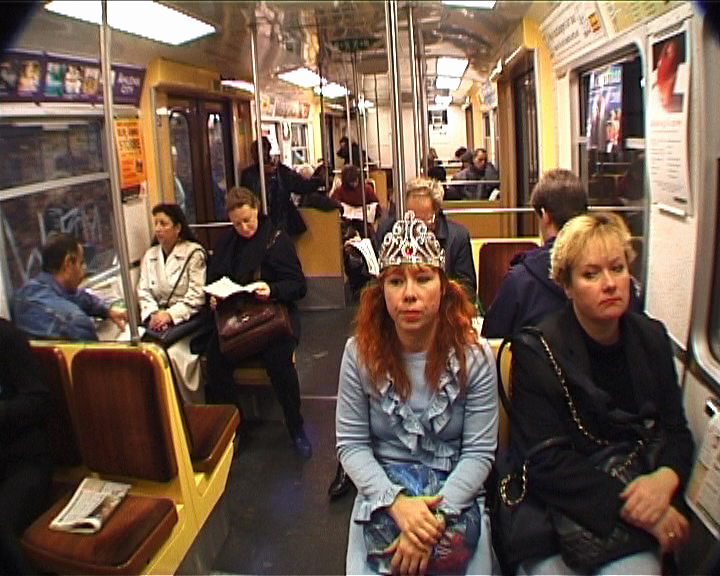