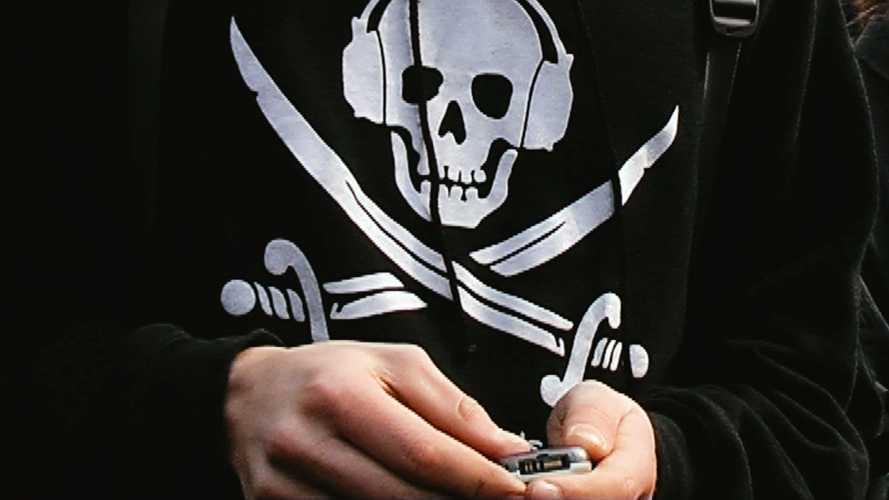 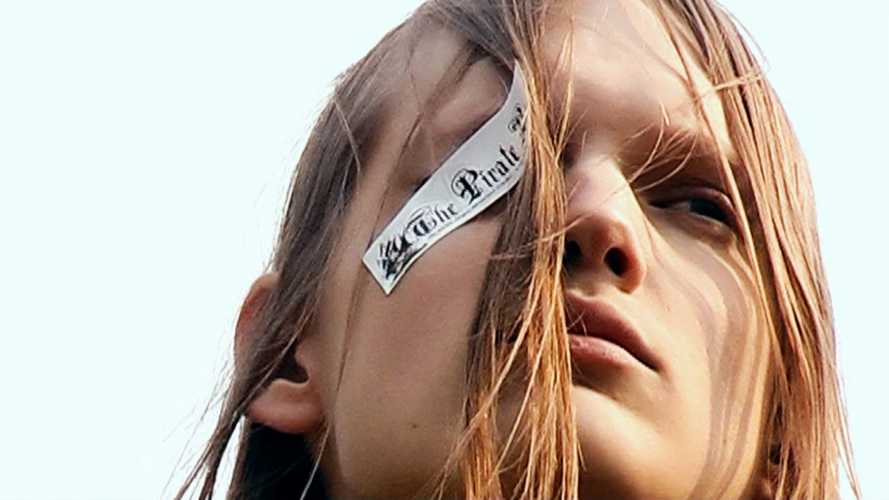 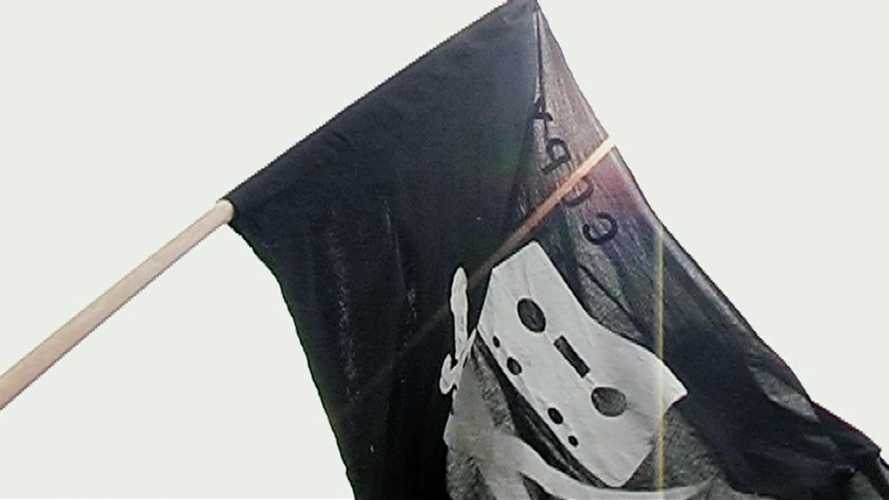 The video Pirat is the first work by Annika Larsson that is entirely based on documentary material. It was shot by the artist in Stockholm on May 1st 2006 and shows a manifestation by the swedish anti copyright movement. Focusing on the aesthetics of the pirate movement and its strong iconic imagery, the video shows symbols, repeated, subverted and appropriated. Pirate flags against white sky, young androgynous men idle waiting, in silence, next to members of The Pirate Party dressed in black military/SWAT inspired uniforms, all gathered in front of a postmodern crescent-shaped building. Messages like ‘sharing is caring’ referring to digital file sharing, stickers for the bit-torrent tracker ‘The Pirate Bay’, skulls and black flags. Instead of offering an objective view the camera sticks closely to the obsession of bringing the spectator in an emotional state to what is displayed. The music intensifies and propellers the images towards a conclusion that is never reached. A ritual with no beginning or end.