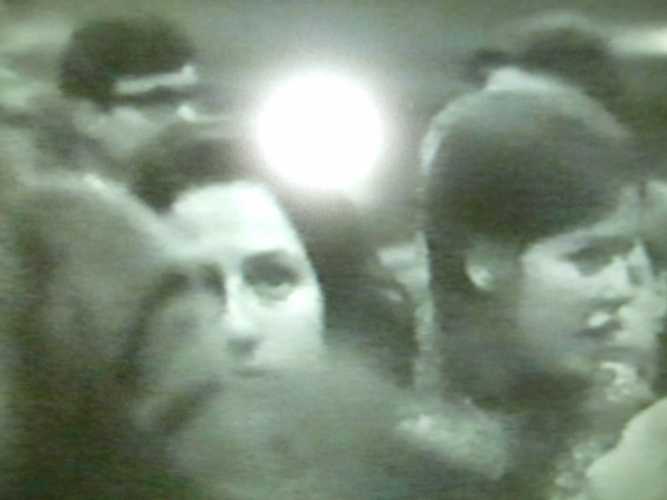 Lina Selander’s work When the sun sets it’s all red, then it disappears takes Jean-Luc Godard’s 1967 film La Chinoise as its starting point. Examining the relationship between political, utopian and emotional expressions in words and images, it explores the revolutionary zeal of a time and the desire to start all over again.

La Chinoise is a film in the making, a film that tells the story of a revolutionary and truth-seeking common narrative while at the same time trying to be a part of it, sharing its inherent expressions and problems. Lina Selander’s film is also a work in the making, engaging and evolving around Godard’s film and the questions it addresses and responds to. But it is also an installation about photography and storytelling.

Most of the photographs in the series of stills are from the 1968 student revolts in Paris and Stockholm, taken at meetings and demonstrations. But they also show other motifs, such as a close-up of a growing blob of moisture on a news reel showing Chairman Mao swimming in the Yellow River, personal photos and some stills from La Chinoise. All the images have been photographed with flash and all the photos have a white circular reflection on them which may represent or constitute a common space where the spectator’s space and that of the motif overlap, but where they are also defined as separate – a blinding dazzle or hole in the image which ultimately blocks any final narrative and forces itself into the motifs and events that are being documented. ﻿