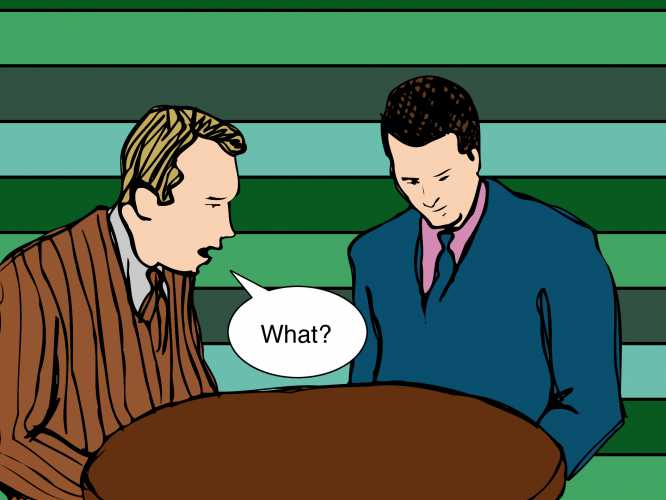 A short animation about the barriers that can arise between people, when trying to communicate. The things that are said, and are not, in the words we speak. The difficulties in trusting and believing the messages of everyday life. The work is made in a colourful, highly contrasted style, with characters reminding us of past decades.﻿