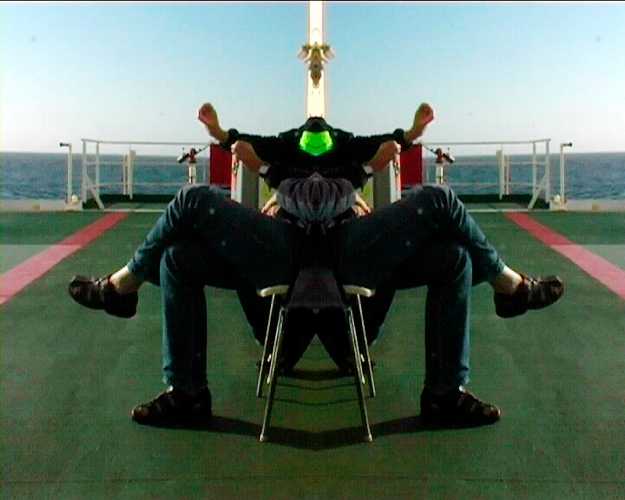 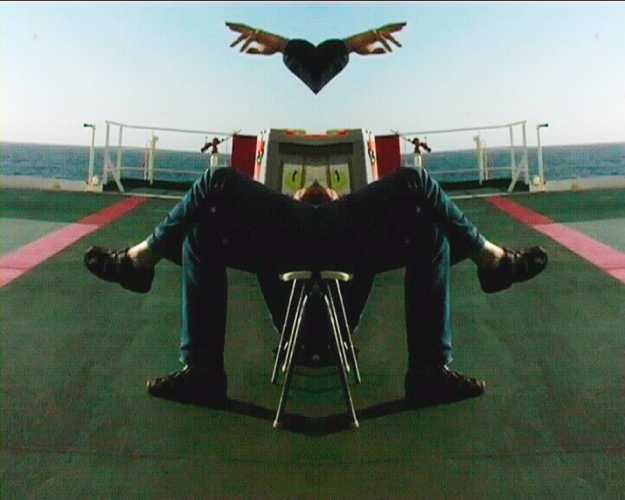 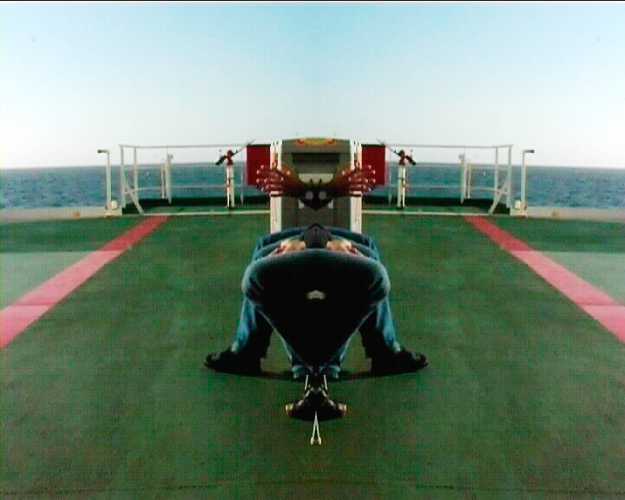 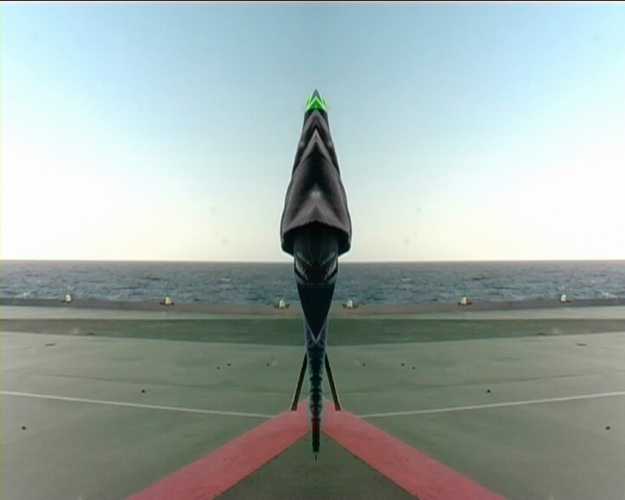 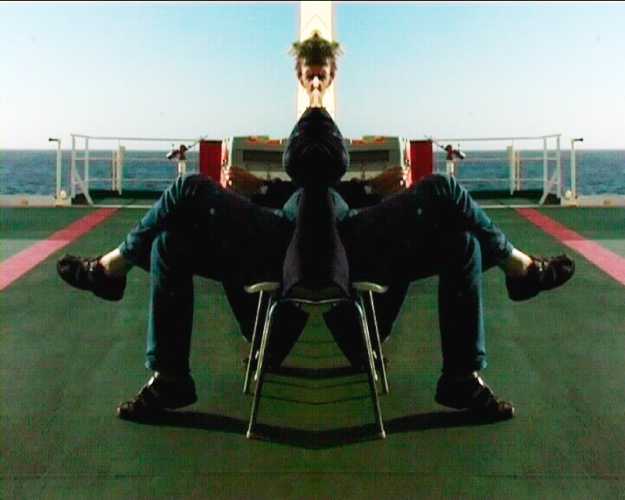 The Brainstorm
BY
Dascha Esselius

The Brainstorm is taken in one shot on the helicopter apron on the icebreaker Oden on her way to Wrangel Island in the Artic Ocean. Two scientists, professors of each subject are deeply engaged in a discussion. The contact of their mines creates a flow of new, humoristic and unexpected shapes and transforms their bodies to one form which continuously mutates until everything implodes and disappears in a horizontal line. The original sound is digitally processed. ﻿ 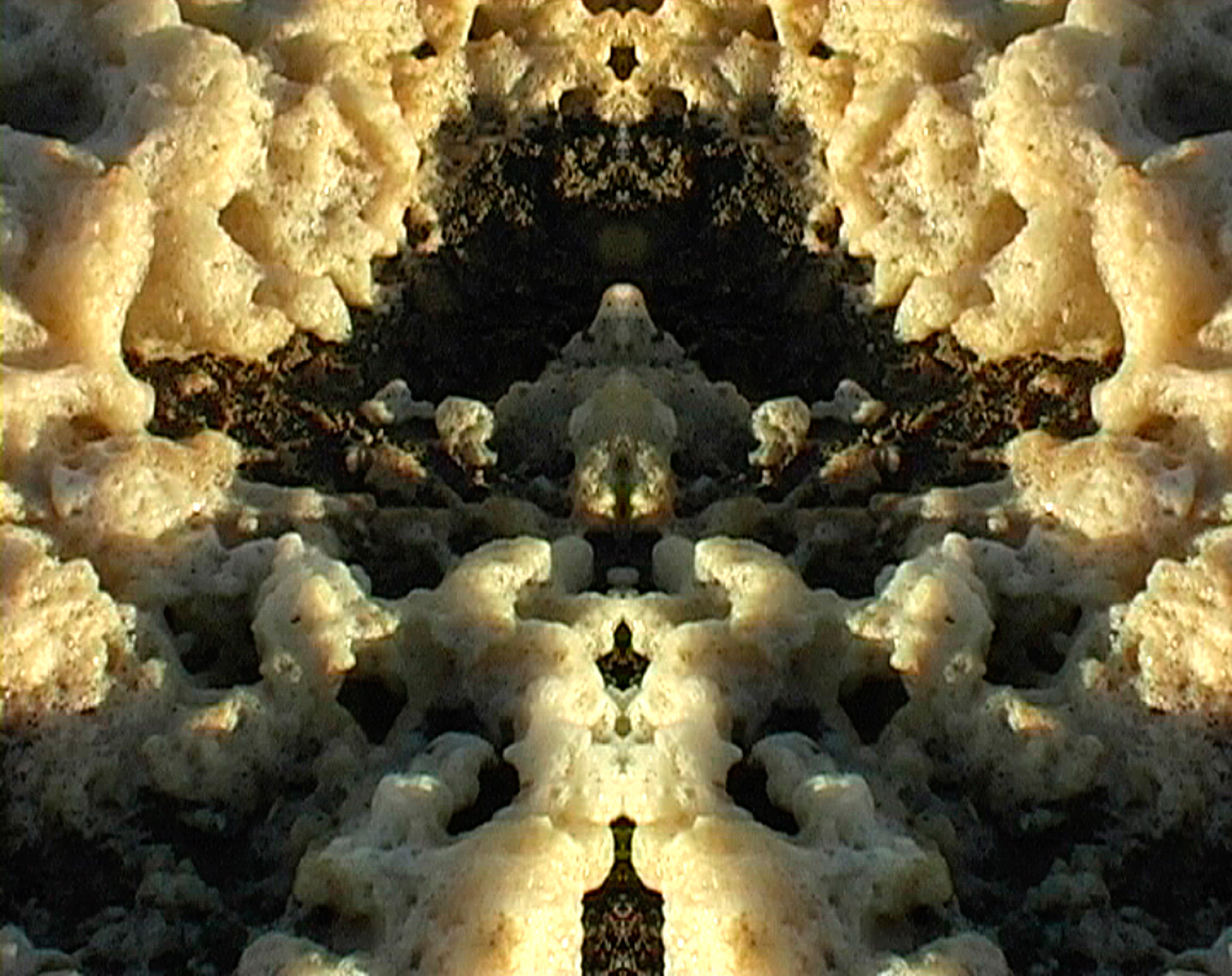