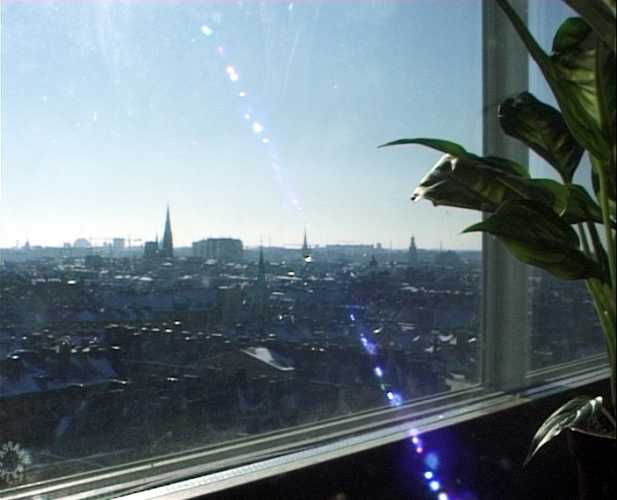 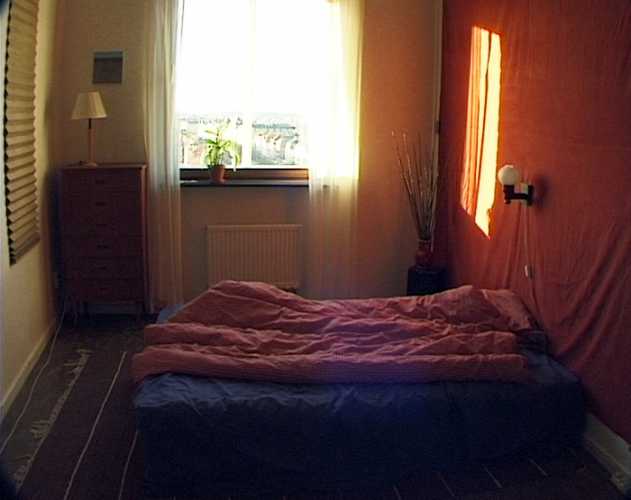 I dag stiger solen fem prick takes place in an apartment where no one is at home. Painting and photograhy’s exploration of values and light is the foundation for this video work. The images are stagnant and the composition is harmonic. Lindholm has composed the soundtrack on many different levels where pieces of music are played in harmony with the images.

The sun is the big star. Nothing happens. Someone is singing a song somewhere, sometimes far away and sometimes painfully close. The sky is never the same. The room hungrily absorbs the sunlight. The images from the room were never filmed, they are in someone’s head. She thinks about the room while she is away. She keeps the thoughts during the day, thinks about her life and how the flowers in the window will survive without water for so long.

We see a struggle and at the same time cowardice on the screen. There is the classical sign of insecurity: two steps forward and one back. It’s depicted in the the realm of music, where no signs of haste are found. Occasinal notes linger for a long time. The telephone rings, at the first signal it is afternoon, by the last signal it is dark outside. She has given up, left the day before and missed the call she has been waiting for so long.﻿