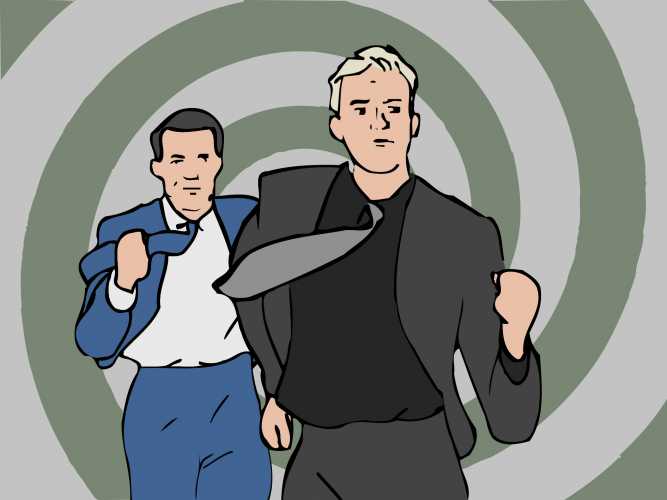 Myself and Cary Grant running after eachother in a simple, animated loop, a metaphor over my own work with Hitchcock’s movie North by Northwest and the phenomenon Cary Grant – a work which seems to be neverending﻿