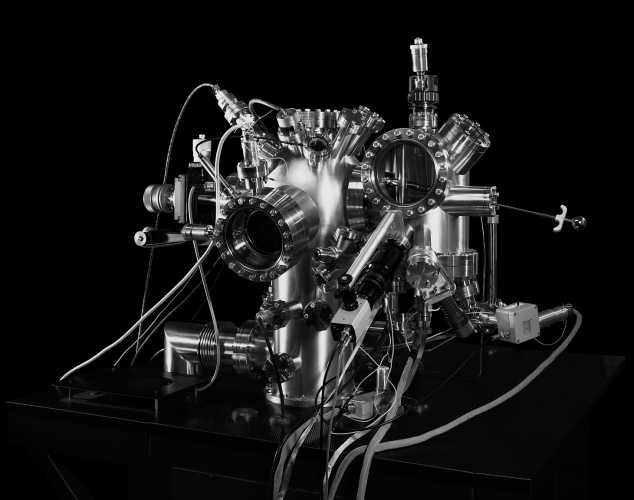 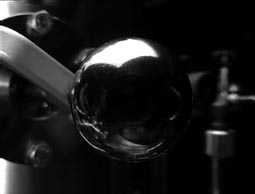 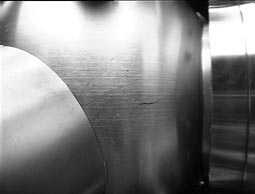 Visusomatic was shot in a laboratory for physical research. The object of interest is an ultra high vacuum (UHV) system used to clear the air in the small chambers in which various tests on substances take place. Sucking out the air is neccesary since the objects of study are smaller than particles in the air.The atoms that constitute the shell of the UHV-system can only be studied at atomic level by the help of such a system. A similar relation applies for the pixels in the digital image and the computer driven device that keeps it alive and visible.

The two sequences illustrates the ballistics of two common ways of dealing with a question or a thought. In the sequence Approach the camera moves straight towards the object in constant speed as deep into the structure as possible. In Scrutinize the camera searches the surface by following the form and structure of the object, trying to cover up as many angles as possible, making a lap round the machine.
﻿