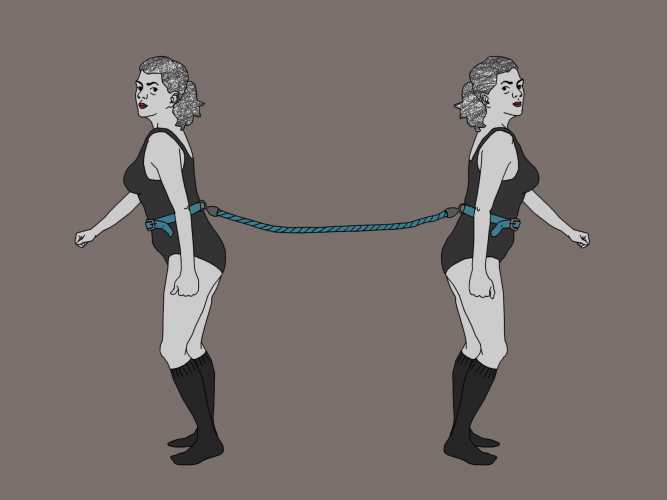 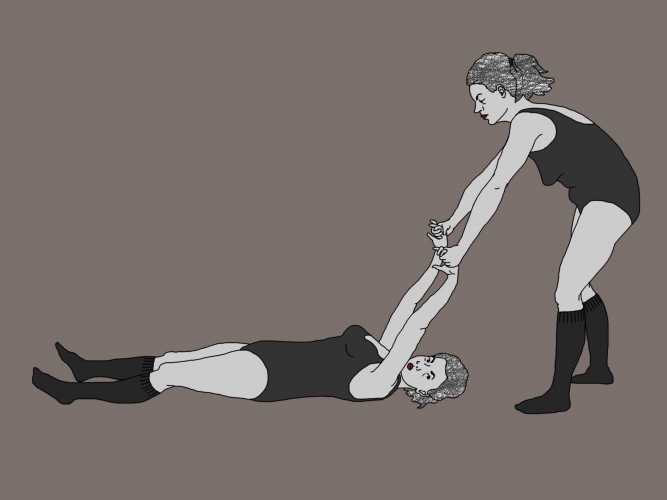 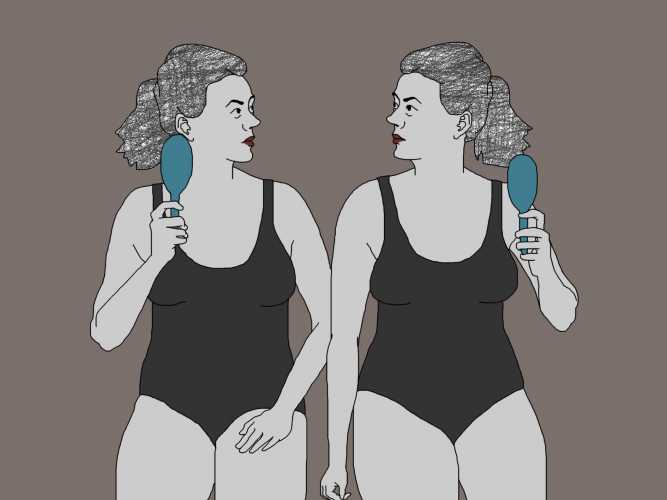 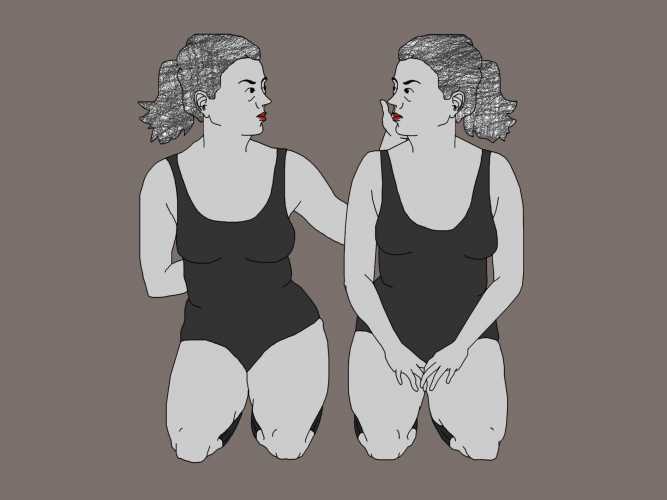 Two drawn, visually identical women, together represent one person. In seven animations they passively watch or actively perform metaphoric actions, which together symbolize a fictive separation of the human mind.﻿