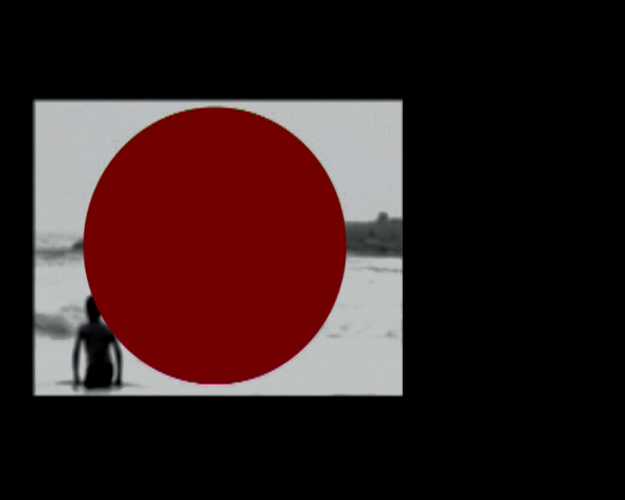 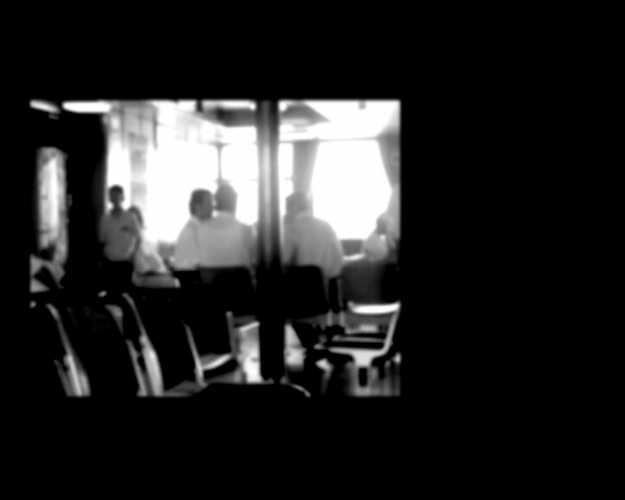 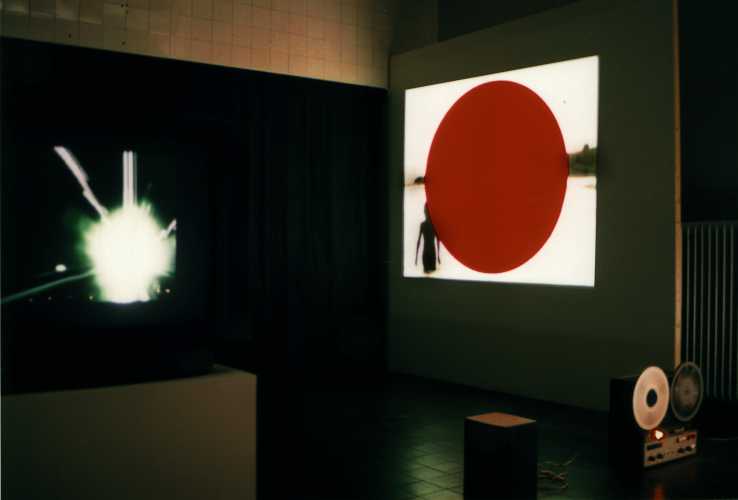 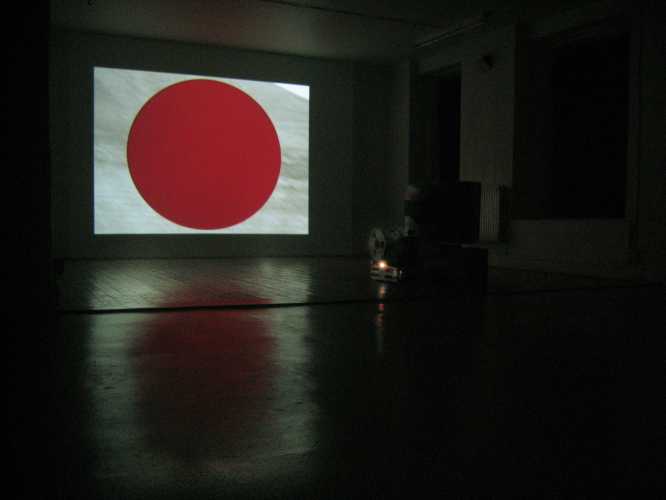 Installation: Total Eclipse of the Heart. An installation at Filmform, Stockholm. It consists of three parts: one looped short film on a monitor, one video projection, and one recital on an old fashion Revox tape recorder.

The monitor (part I) shows silent black and white scenes: tunnels, reflections of light, the setting of a table… drafts of narrations that can take form. The projection (part II) shows a monumental circle shaped red solid which to a large part hides the b/w moving images behind it. From the tape recorder (part III) comes a male voice monotonously reading the text 117 of 146 Instamatic pictures, which meticulously describes a series of photographs which have been sewn in.

In Total Eclipse of the Heart I wanted to investigate the nature of a hidden room in the image, its ‘hiddenness’. Imagine yourselves a staring into your own blind spot… In Total Eclipse of the Heart the black and white moving images are to a large extent blinded by a monumental circle shaped red solid. On the one hand the red solid meets the gaze of the beholder as an eye of its own and sends back the gaze, on the other hand a relation (an insecure exchange of meaning…) is formed between the red solid and the two other parts of the installation: the smaller film and the voice that monotonously chants descriptions of perforated photographs. I wanted to explore the black or blind field, that which does not become image, and its relation (bleeding) to other stations in an installation, to other parts of an image.