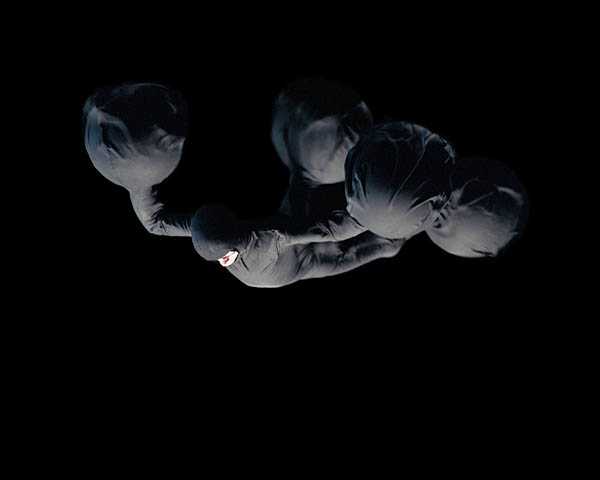 This is the enclosing part of the video series Man With Balls on Hands and Feet, also including Man on Water (1999) and Man on Ice (1998).

Man with balls on hands and feet is the name of the video series containing three films. The two first, Man on ice (1998) and Man on water (1999) shows a man venturing on the physical contradictory; to stand straight up on an ice or a water surface, with balls attached to hands and feet. In the third, Man on air (2001), the support obtained by friction is altered with a heavy stream of air. Through this very simple and obviously impossible combination of hard, spherical forms contradicting the ice, the water and the air stream, an excruciating yet human situation is stressed.﻿