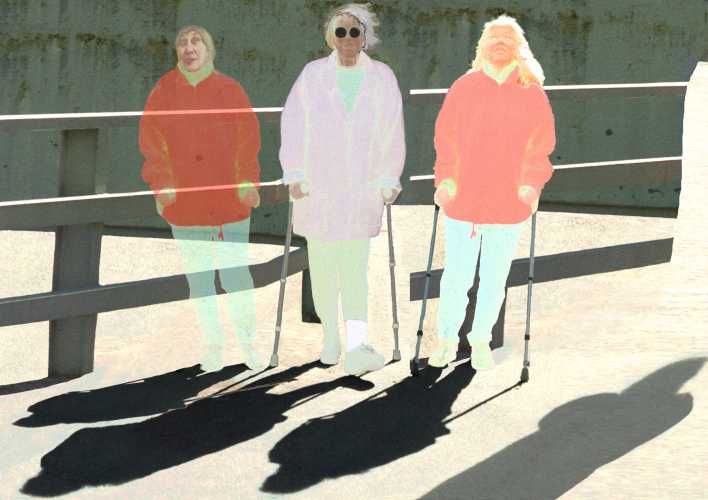 “Shadows of people inhabit a wintry road, casting darkness over the tracks. What happens when this substance is washed away by fleeting reflections and blended into new matter, color and forms? And sound:feet tramping endlessly round, round like hands on a clock. This is happening now …”

“A cascade of never-ending water flows through the video and drowns the shadows in a rhythm that is both variable and searching.”