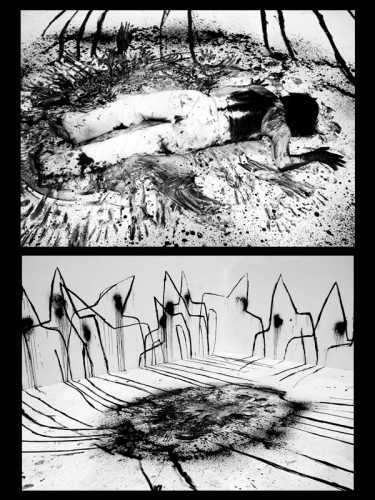 A couple of silhouettes gets painted on the walls of the gallery to the tunes of heavy metal. The artist spits black ink on every silhouette. The performance carries strong ritualistic features and can be compared to a kind of modern voodoo.﻿

Anastasia Ax was trained at the Royal Danish Art Academy, Copenhangen, Valand, Gothenburg, Gothenburg School of Photography; and the Royal College of Art, Stockholm. Living and working in Stockholm, she is both a performance and installation artist, often combining the two, and has exhibited her work across Scandinvia and Europe. Her repeated use of papier-mache and thick black ink in her performance acts is evocative of performative chaos, and is documented in her Ink Performance piece. Anastasia Ax’s work is inspired by the idea of construction and its deconstruction and the countervailing forces released due to and as well before, during and after the process. For several years, she develops an artistic practice, in which the different mediums of sculpture, performance, ink drawing and sound interweave in the creation of a wordless language, indicative of our chaotic universe. Endless and in continuous flux and evolution, her immense installations by focusing on a transforming process, the visceral and emancipated energy explore and represent the circularity of life. The possibility to terminate and at the same time continue demonstrates a discontinuity or cancellation of time, a piece is never tied up or resolved and history can be reinterpreted. 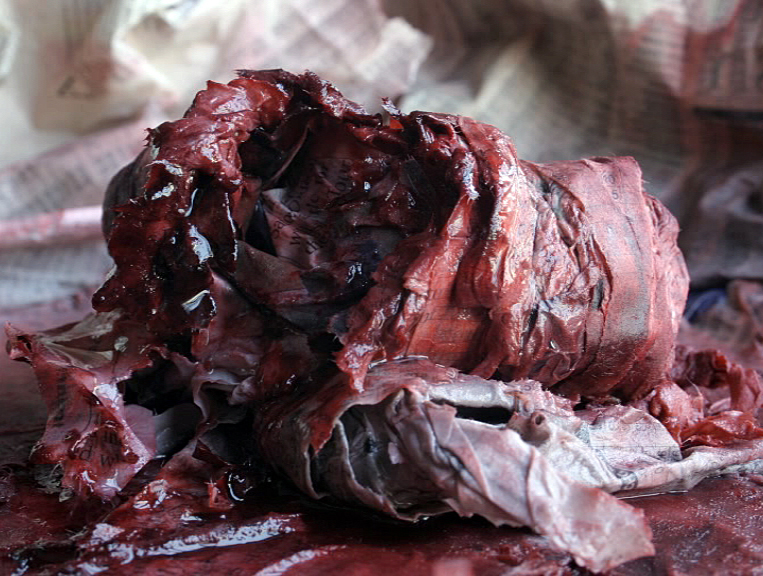