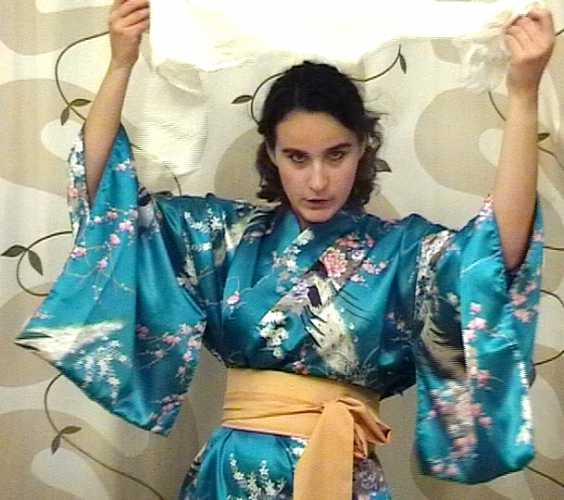 With Love with Two Hands
BY
Magdalena Ljung (fd Dziurlikowska)

I demonstrate everything we bought in Japan and show what I am giving away to second- hand shops. Pans which I never use are exchanged for fans, uncomfortable earings for plastic sushi and the vitamin pills for a portion cup of sake. It is important in Japan to give away gifts and it shall be done politely, with both hands. In Sweden it is important to bring something back from a trip. One often buys a souvenir to keep. ﻿