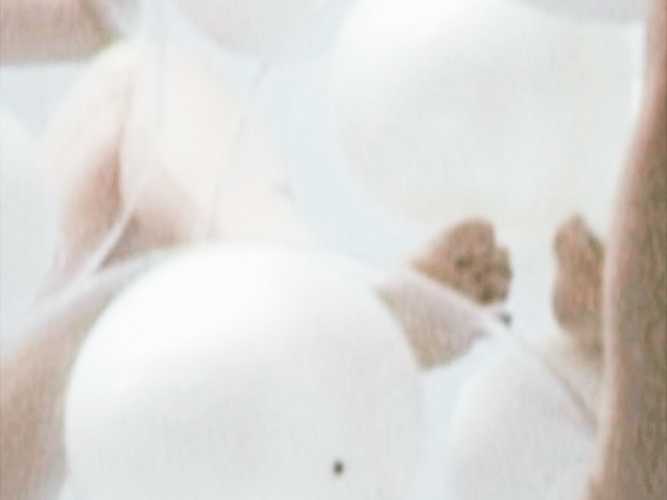 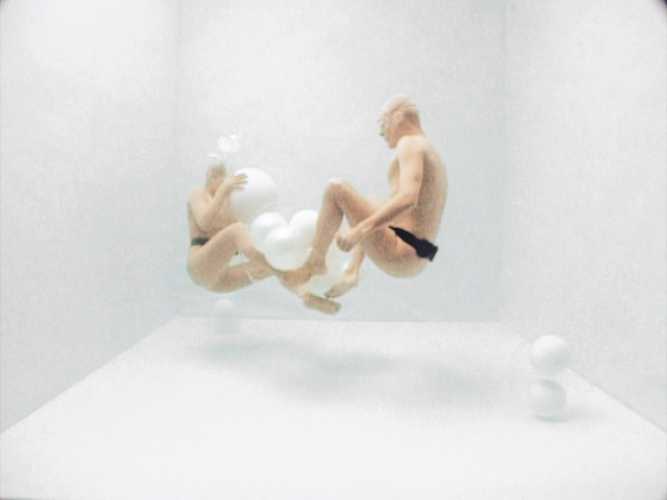 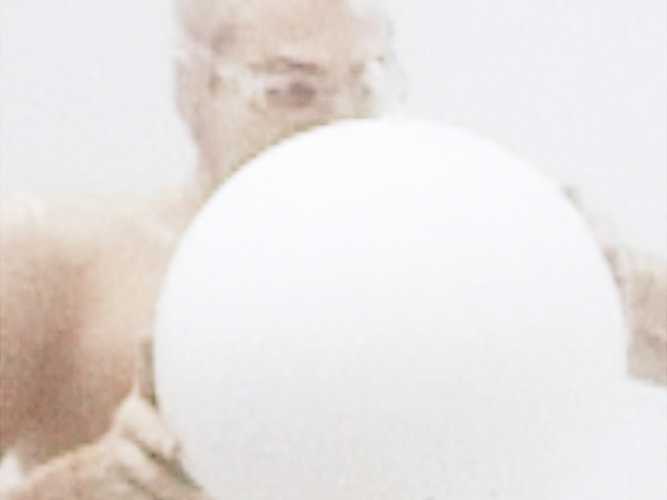 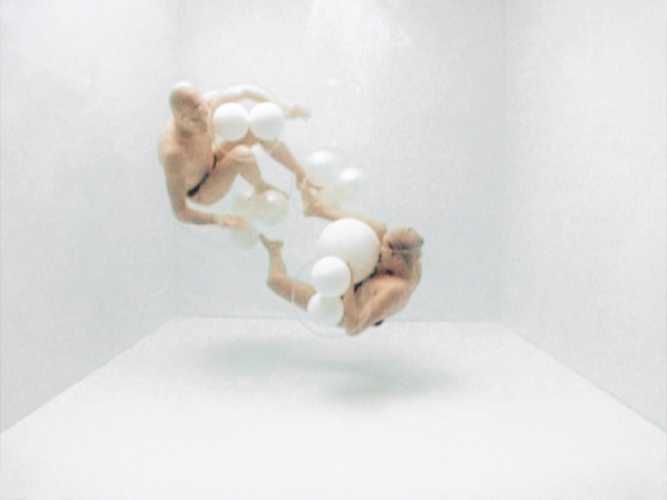 These actors are set out to perform a task where the objective is to dock (lock) their hands and feet into transparent balls. These have two 5” inch holes placed opposite each other for the actors to stick their arms and feet into. Inside these clear spheres smaller white balls reside. By pushing the hands and feet between these smaller balls are pushed towards the walls of the clear sphere the pressure fixes the joint. They share the same source of air which is taken from the large single ball shaped oxygen tank.﻿