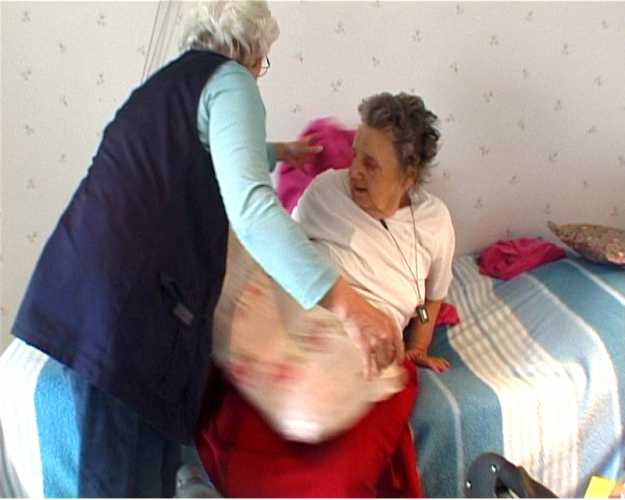 The video is inspired by Ellen Key’s ideas concerning motherliness. She coined the expression ‘mother of society’. In the video we get to see my mother, who is a nurse, when she takes care of an elderly lady in her home.