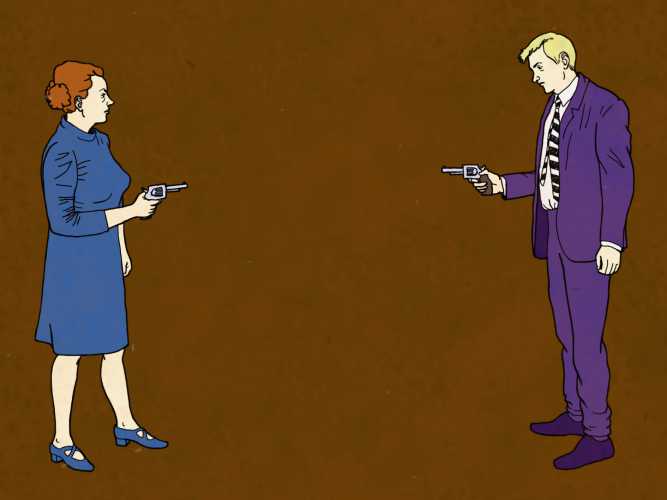 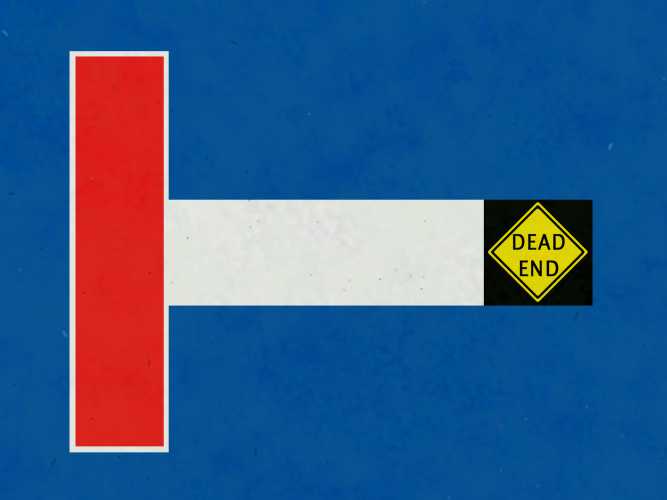 The video Dead End is an animated illustration of a completely locked situation, without a chance to find a solution. The imagery in the video is quite static and is primarily created to turn the focus to the dialogue. The two characters in the video, a woman and a man, act as each other’s opposites, both ready for the fight. Even though there is a clear dialogue between the two parts, they are unable to communicate. Of course, this creates no winner, but the result is rather two powerless losers. Dead End works as a reflection of the society in which we live today. ﻿