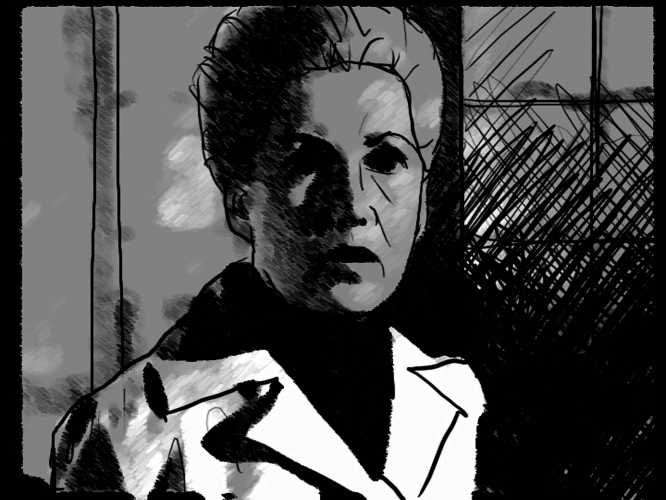 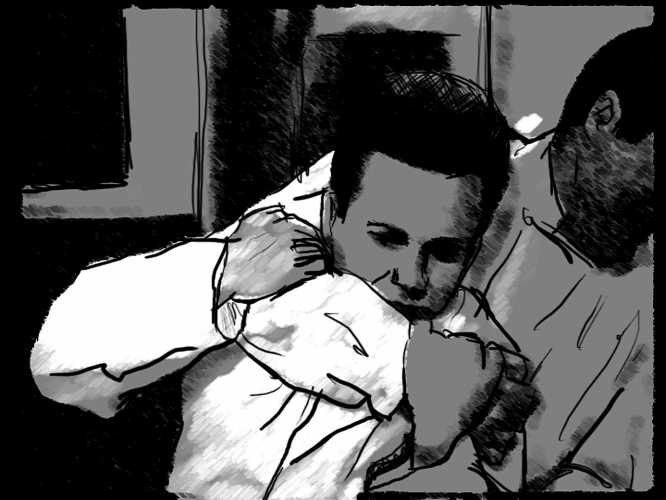 Institution evolves around the mind of a person, and explores situations within a confined sterile environment, much resembling a mental institution. The main focus of the work is a woman and her insecurity in her own sanity, illustrated mainly in the soundtrack, where we can hear the woman’s voice speaking in short contradictory sequences.

Institution also revolves around the fact that mental institutions provide intensive mental care which may be very helpful to some, but at the same time there are many who oppose such treatment. Some of the techniques used in certain institutions, for example forced medication, may be what these people are opposed to. In some countries judgments by therapists may sometimes tend to be on the safe side, due to the fact that if anything happens outside the walls of the institution, they may be liable. This might in turn lead to hospitalization and treatment which may be unnecessary and even harmful. Hospitalization is the most intensive and intrusive form of treatment.