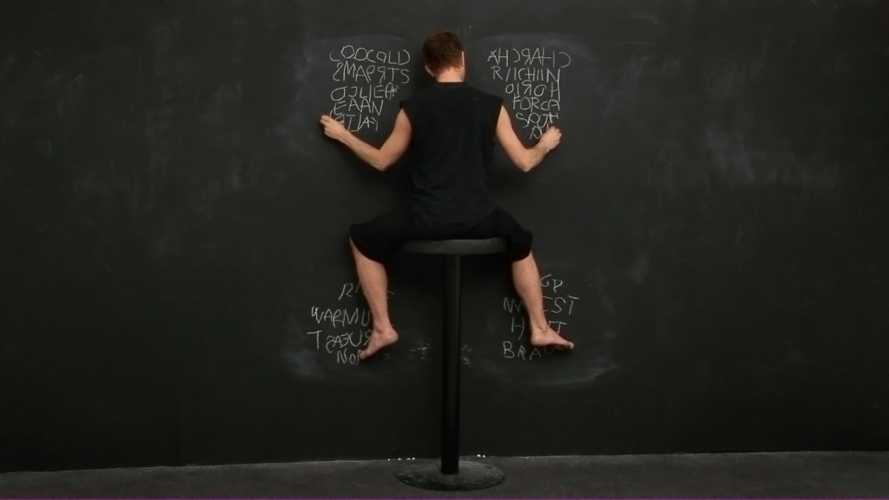 Ambidextrous Performance – No. 5 of 8
BY
Lars Siltberg

To see all sides, take in everything, one thing and another, and still manage to say something…? Siltberg’s film writer uses his right hand, his left hand and both feet. The white text is incomprehensible but more and more resembles his wings.

Lars Siltberg is an artist based in Stockholm. He has been working since 1999 to develop a filmic language that can be described as haptic, that is, something that the body perceives and understands. His interest in rituals, trials and states of mind emerges form his work with performance-video. Through his unyielding examination, humans are on a par with animals and things in an effort to free ourselves from the object-subject dichotomy (see Merleau-Ponty). Suggestion and repetition are key characteristics of his video work that meditate on our vegetative side and perceptions and associations based in the body.﻿