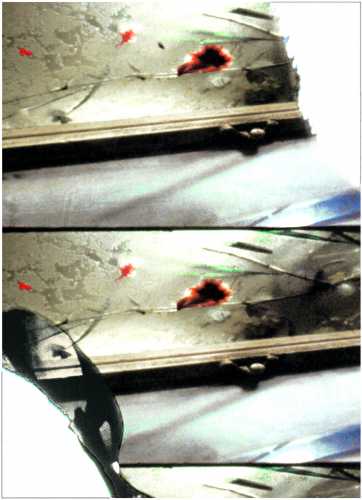 A collage film with sequences of live action with animation using cut-outs, found footage and pouring sands. A dark delicacy lingers. Superimpositions of dark pourings are perceived through the film. Suddenly a bright colour runs across the picture and delicate drawings flutter past. Grunts from animals are heard.﻿