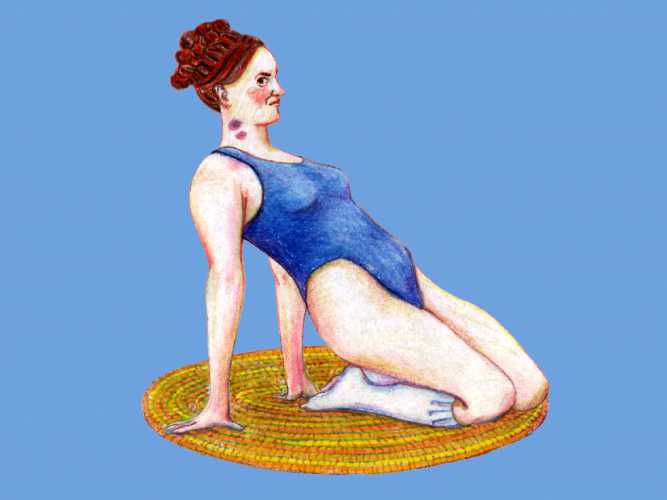 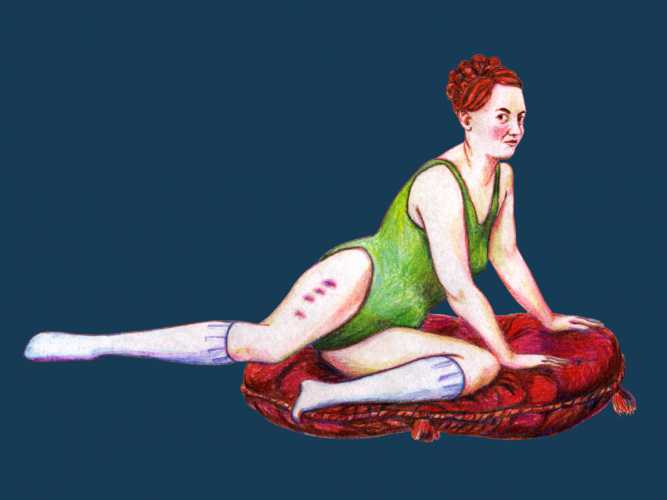 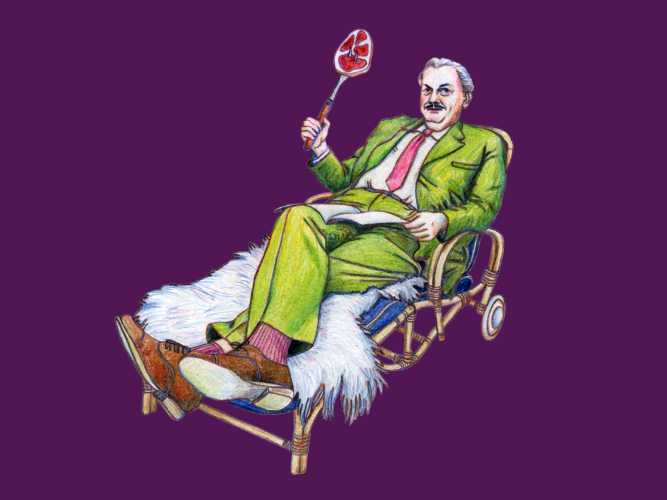 Emblem is an animated video that consists of one scenario, containing several short clips. Colourful animations illustrate the rather spartan and monotonous actions between the main characters and a couple of objects. A woman dressed in a bathing costume and white socks perform certain gymnastic movements, observed by a man dressed in a suit. The woman has several bruises, more or less visible on her body.

These pictures are accompanied by a soundtrack containing a dialogue between a man and a woman. The monotonous and the repetations are recognised as well in the pictures as in the sound, and give a sense of being trapped in a treadmill. It is also in the soundtrack that the narrative is the strongest, and where an ongoing struggle of power is visualized.

The viewer gets a premonition of violent acts within the safe walls of home, but if the damage is self-inflicted or not is obviously a question of interpretation, as no actual violence is being shown. Simply put – you choose to see what you want to see.

The main intention with this video is to visualize an endless struggle of power, that has become a part of the normal day routine, in this case between a man and a woman.﻿﻿