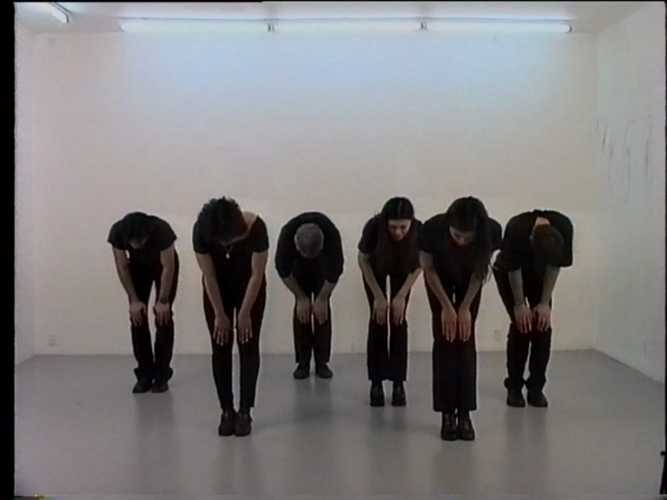 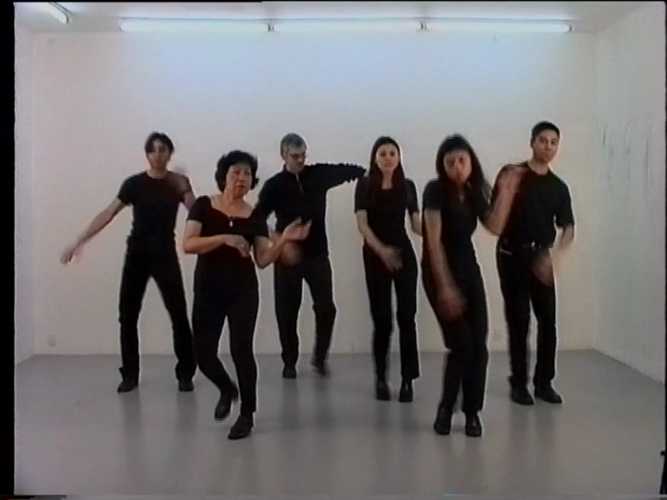 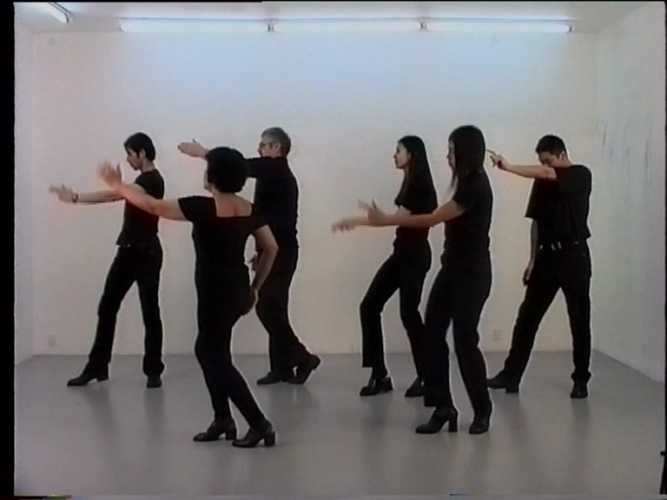 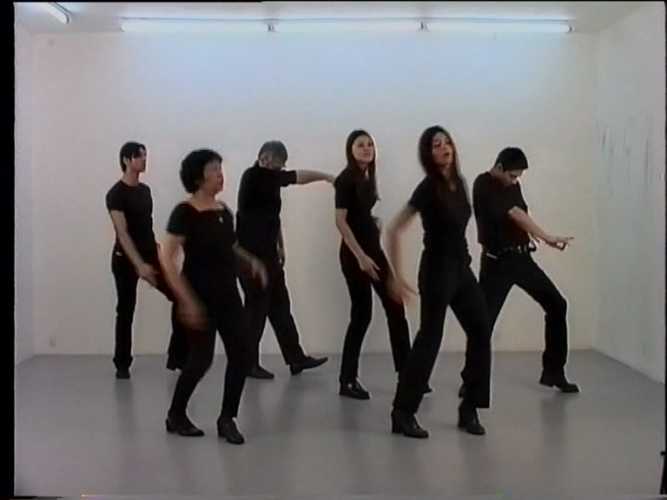 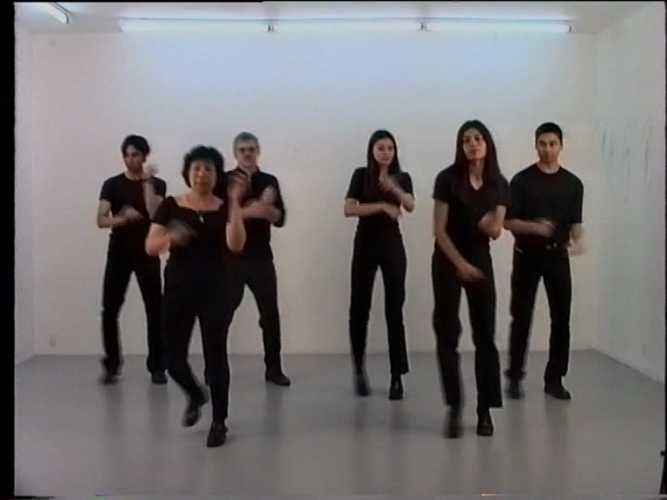 We are all dressed in black attempting to dance in sync to a disco-pop hit. This piece emphasizes the feeling of oneness with others and then discovering personality and individuality. I reconstructed the choreography of Filipino kids dancing in the streets and at social gatherings. I took the song from a group called Dreamhouse. It was a remix. A couple of years later I found out that it was a Danish duo from the Seventies who had written the song. I thought I had given the world something from my country of birth and then brought it back to Denmark. But I had actually just brought the song back to where it came from.﻿

Born in 1970 in Manila, Philippines. Lives and works in Copenhagen, Denmark.

Lilibeth Cuenca Rasmussen’s praxis is based on performance art, also transformed into different materials and media like video, photography, sculpture and installations. Her productions involve the body, scripted texts, songs; composed music as well as intricate visual elements as costumes used as set design. She gathers, adapts, and universalizes her narratives in both a critical and humorous approach in regards to issues such as identity, culture, religion, gender and social relations. Cuenca’s education includes The Royal Danish Academy of Fine Arts, Copenhagen, guest tutor at the Academy of Fünen, Denmark, and currently she is an Associate Professor Timebased and Performance Art, University of Bergen, Faculty of Art, Music and Design 50%. 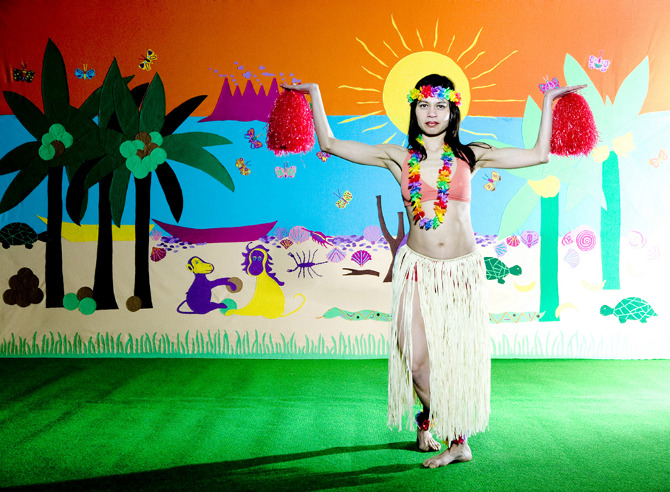 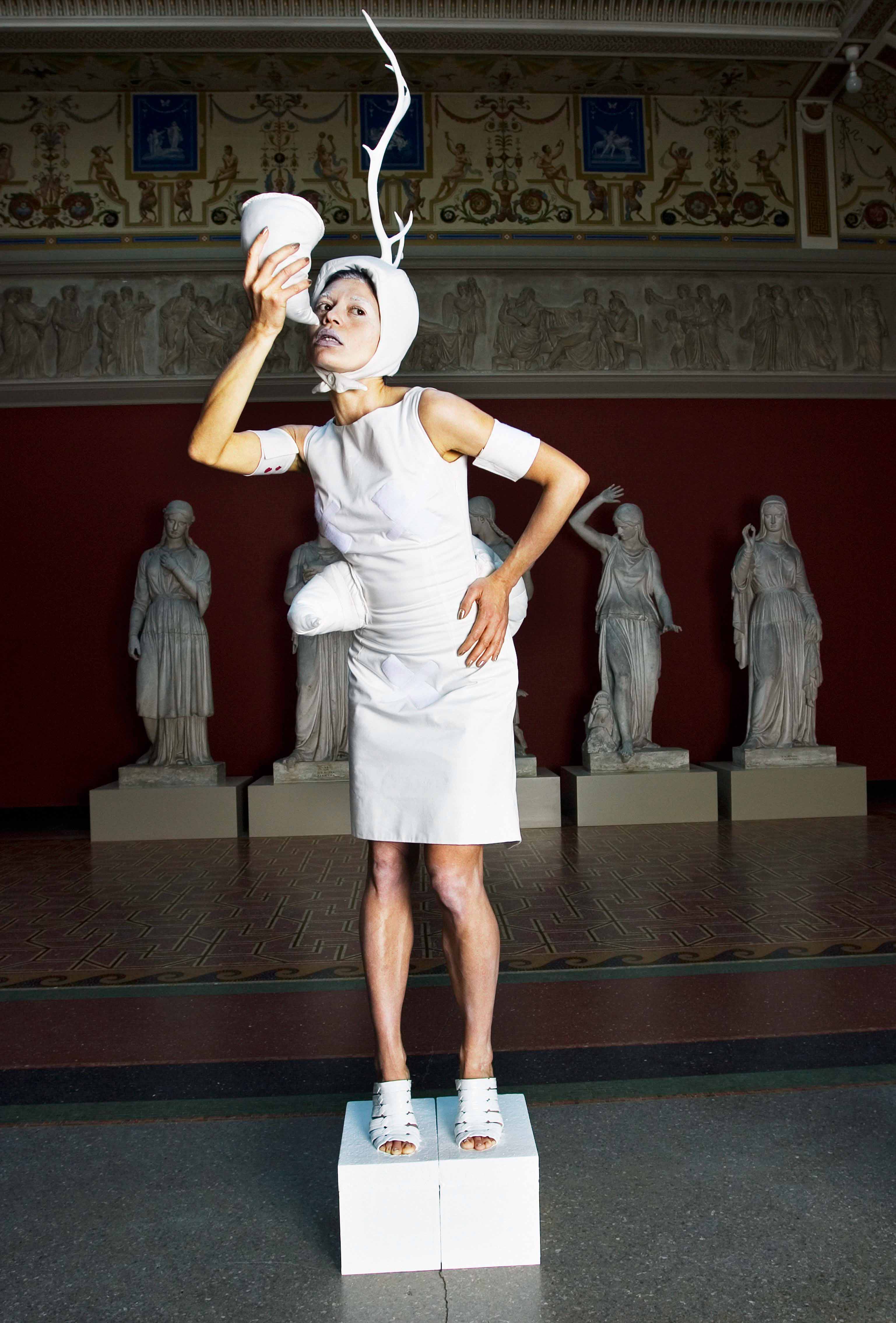