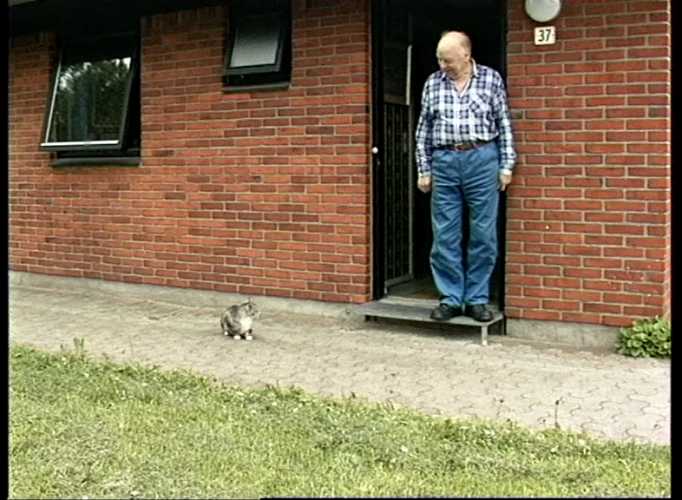 Who gets the food?+Willy goes for a drive
BY
Gitte Villesen

Who Gets the Food? This is about Willy and the cats living outside his house. This video wasn’t planned. Willy saw his chance when one of the cats happened to pass by, and as he had told me several times about the cats stealing his food, I knew what he was up to. I told Willy that I would like to do a video about a man who leaves his house to go for a drive in his car. Willy liked the idea. As he said: ‘It’s a situation that says a lot about life’. In the video, after checking the car, he takes three short rides in the parking lot and talks about the car.

Born 1965, Ansager, Denmark. The artist lives and works in Copenhagen and Berlin.