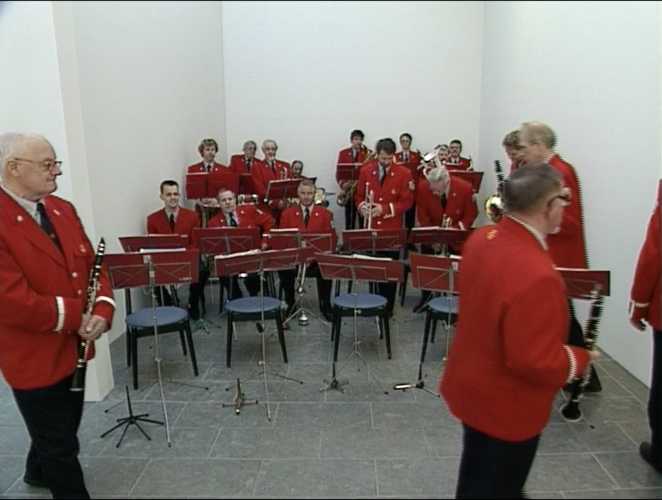 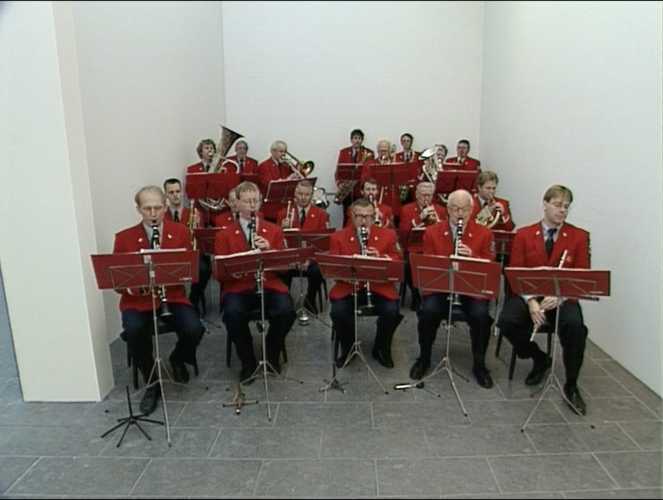 This series of videos draws on a now defunct tradition of postmen meeting in their spare time and playing in bands. The activity, closely connected with the union, was a regular occurrence in Scandinavia, with annual conventions and large meetings of the postmen orchestras. In this work they were asked to interpret and perform a piece outside their regular repertoire, Sour Times by Portishead. In real time, and with a static camera, the members were filmed entering the space, performing, and thereafter, leaving the room. This work, which has affinities with other pieces of similar logic and method in my practice, works with the video medium as a form of time-capsule, with the group portrait as a mode of representation and categorisation, and a fascination with changing forms and conditions of identification, labour and class. ﻿