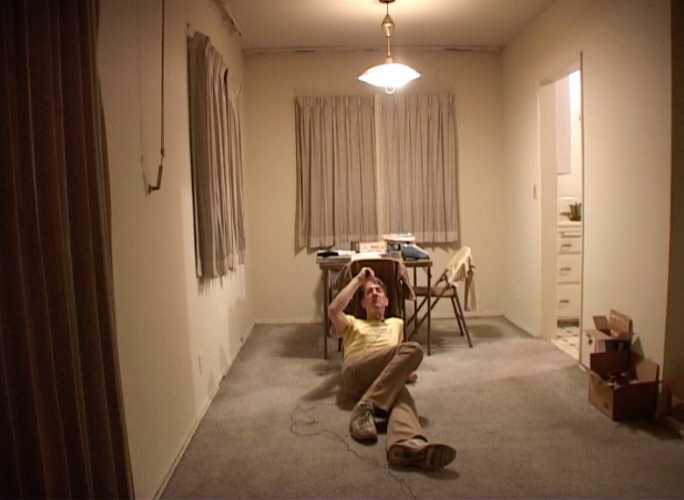 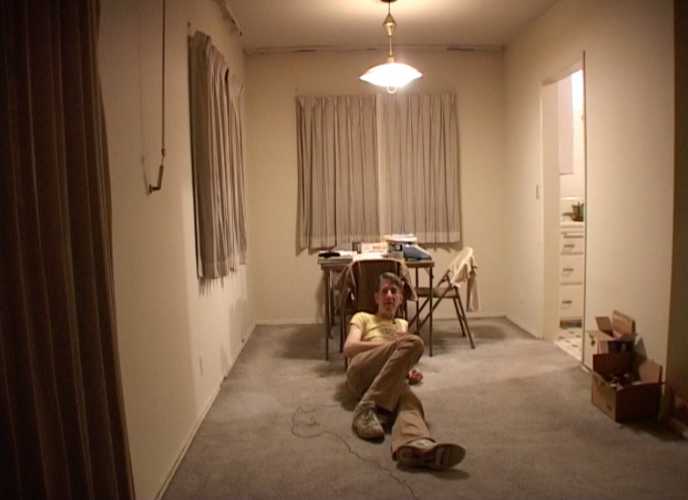 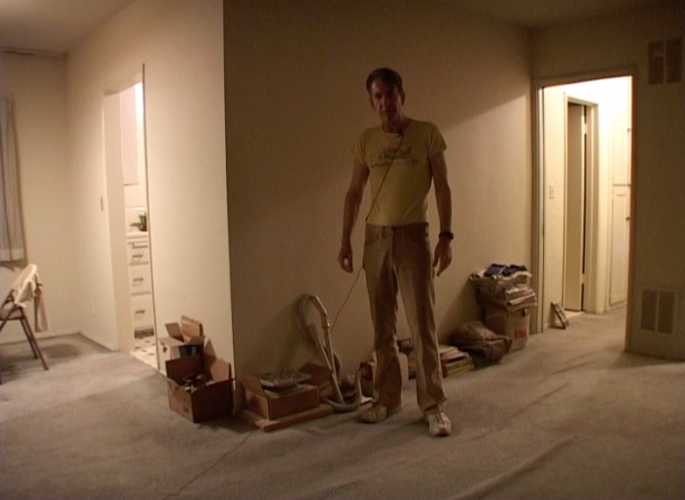 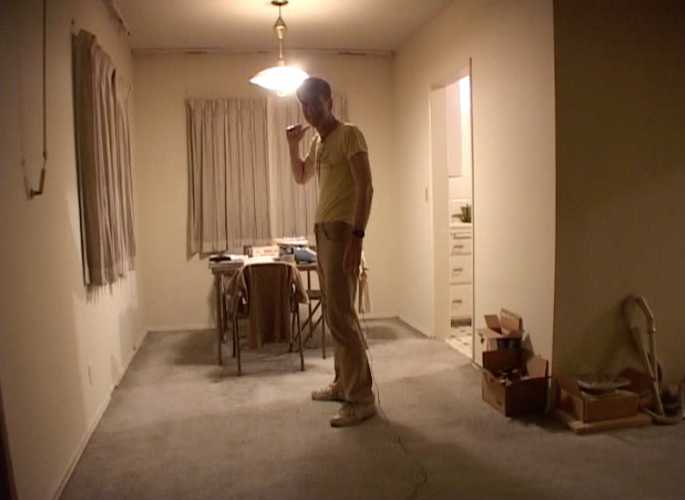 A man is re-telling a duel scene from the movie The Magnificent Seven from 1960. He narrates the story in such great detail that through imagination the audience is transported to the setting of the scene in the movie. The storyteller ends by saying ‘cut’, as he freezes in a pose. The illusion is gone and the set for his story is back being in a plain apartment. The shift from his self-confident way of entertaining to realities vulnerability becomes extremely present and calls attention to the audience’s involvement in the piece. ﻿ 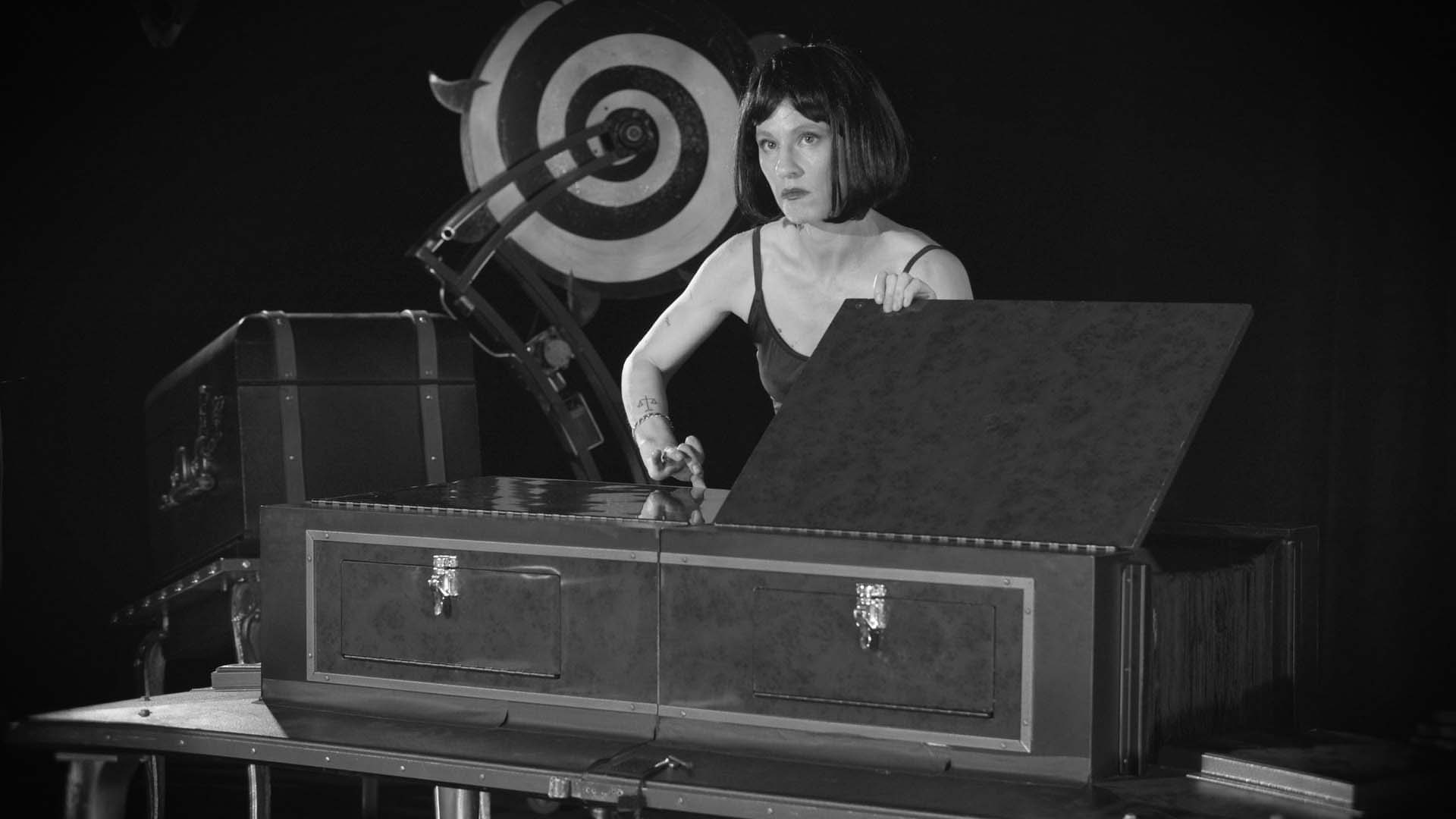