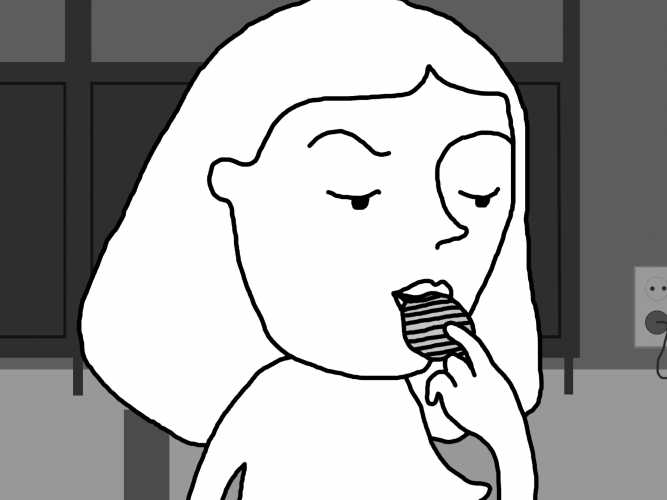 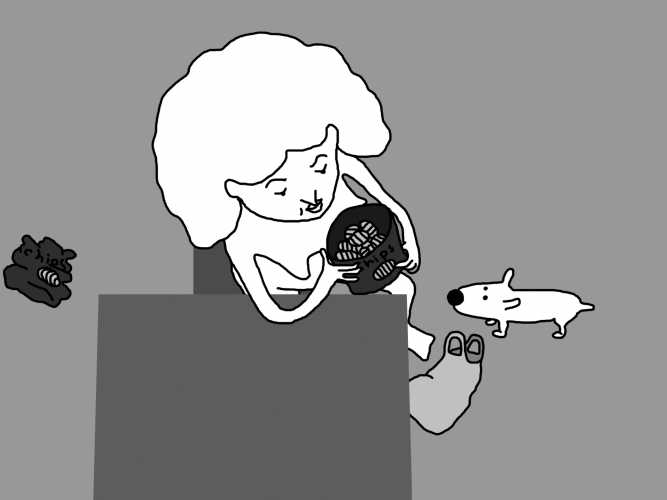 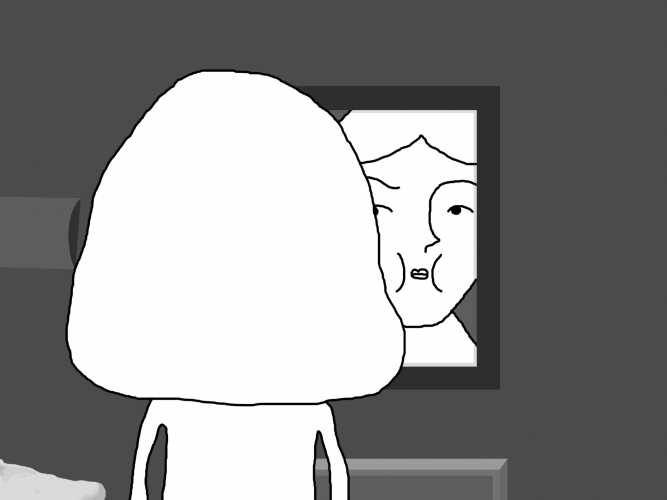 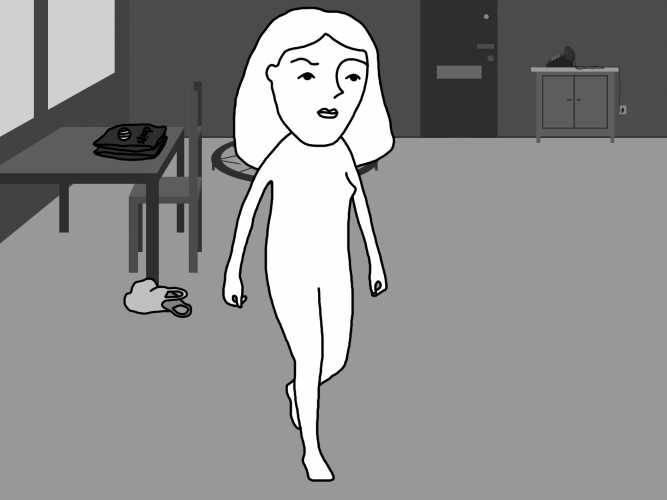 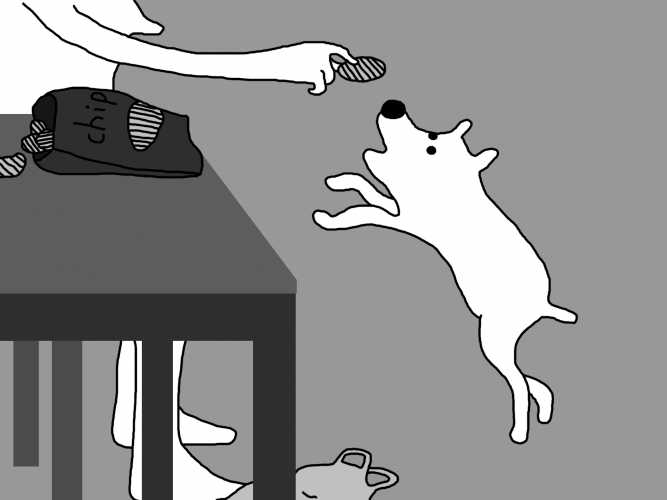 A girl is tempting a naive dog with a crisp and then decieves him. The main ingredients in Chips are gluttony, egoism and projection of guilt.﻿