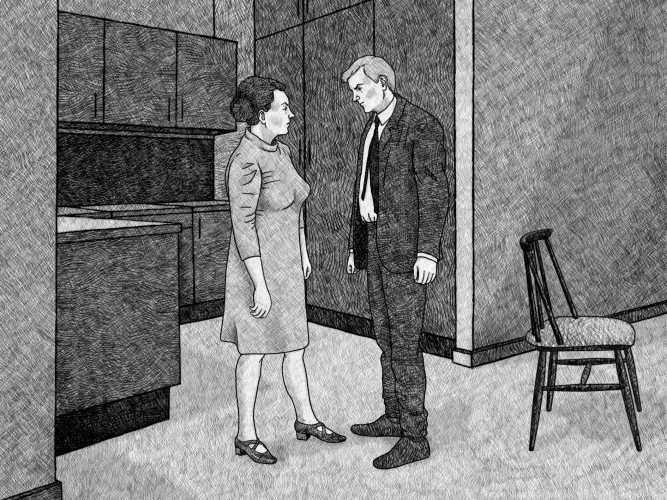 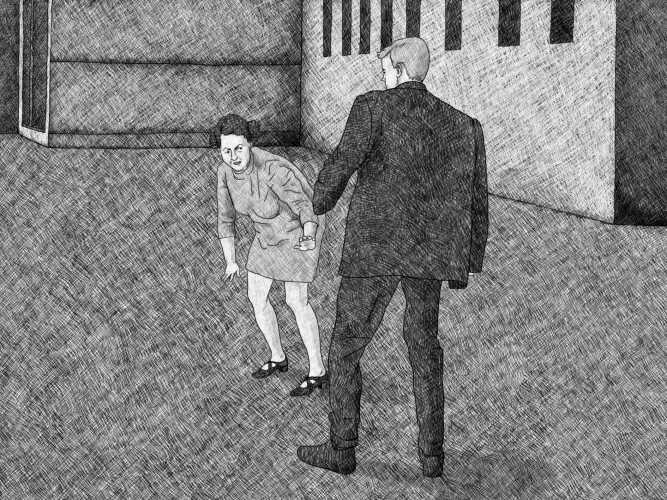 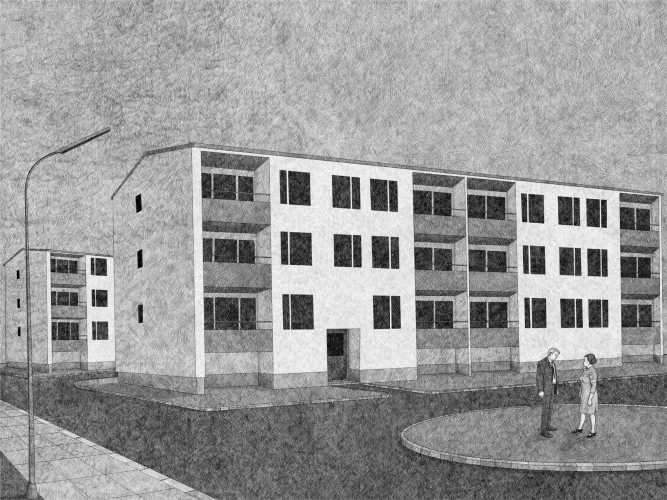 Making Pancakes is an animated video, showing a woman and a man in a totally unbalanced relationship. At times we see a seemingly everyday course of events, and other times they are in a more threatening situation. The man is filled with self-satisfaction and yet he shines from an uncertainty and a longing for acknowledgement. The woman acts in a numb and routine way, doing all she can to uphold the façade. By changing the standard and placing the domestic violence outdoors, where it’s visible, and the upholding of the perfect façade hidden behind the closed doors of the home, the absurdity of this behaviour is revealed. The trivial mistakes while making dinner serve as the catalyst of the violent outrages, they serve as the last straw. ﻿