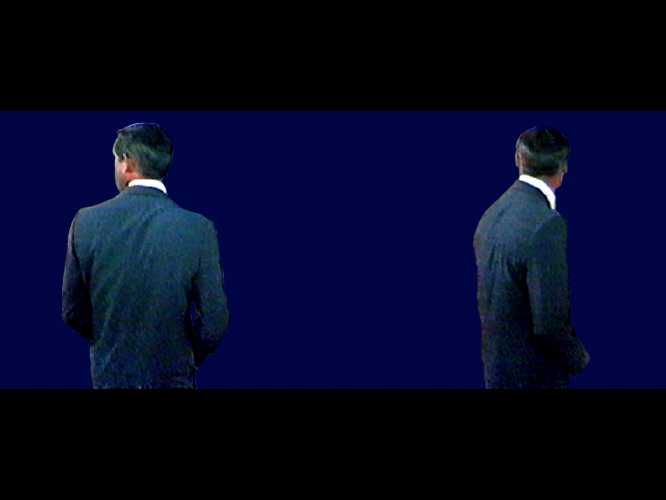 Everybody Wants to Be Grant
BY
J Tobias Anderson

Everybody Wants to Be Grant, is a further development of My Name Is Grant, where I go farther in investigating the pros and cons of celebrityhood, with basis in myself and Cary Grant. The work is formed by a simple imagery, which in diffuse slow-motion sequences interplay with a more complex soundtrack. The title comes from a statement made by a journalist whilst interviewing Grant. ‘Everybody wants to be Cary Grant’, the journalist is supposed to have said, at which Grant replied: ‘So would I’. Everybody Wants to Be Grant was originally made in 2001, but remade in 2002 into a new work.