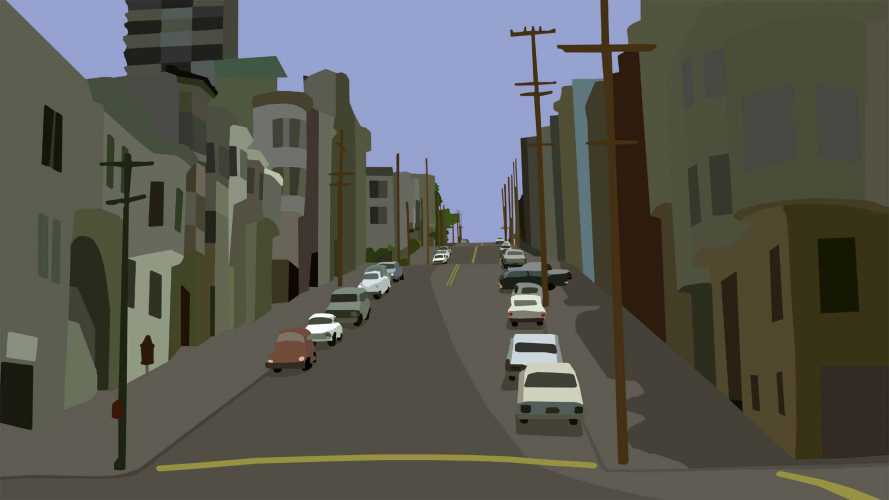 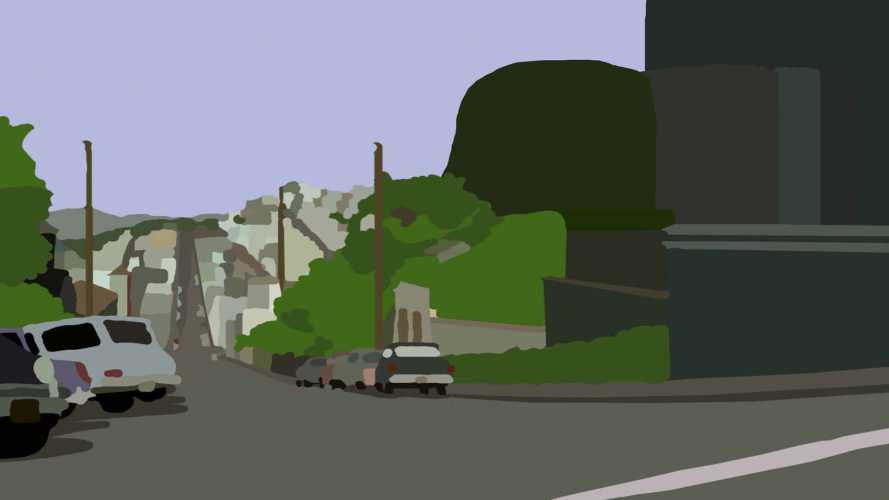 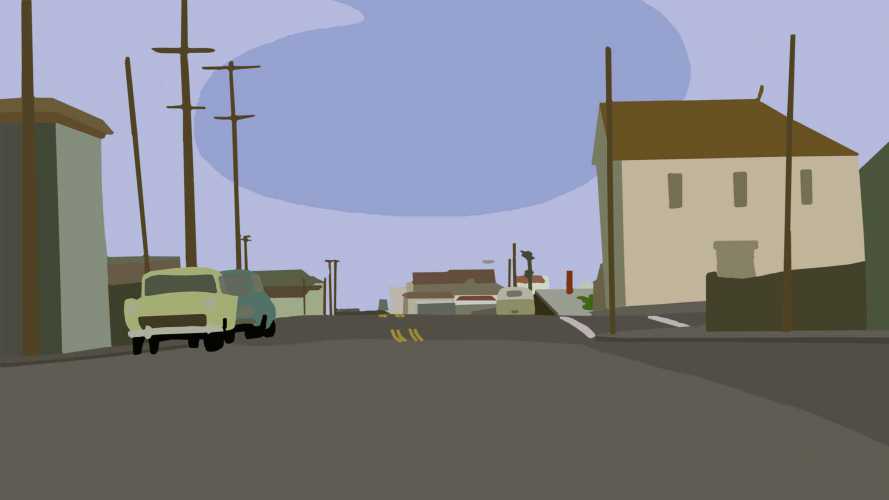 The famous high speed car chase of Bullitt from 1968, cars roaming in the streets of San Francisco. Chase has, like Prairie Stop, Highway 41 and Bodega Bay School from 2004, an animated setting, and excludes the essential items that the original version focused on – the cars.﻿