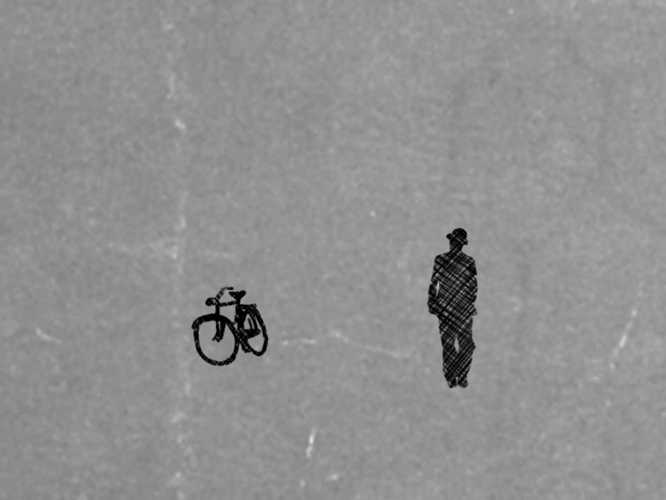 Al ladro! is a short loop, only showing the absolute climax of a movie. The components used are strictly the main ingredients from a scene in Vittoria De Sica’s The Bicycle Thief from 1948. These are animated and looped, buildings and other objects have been removed from the original scene. ﻿