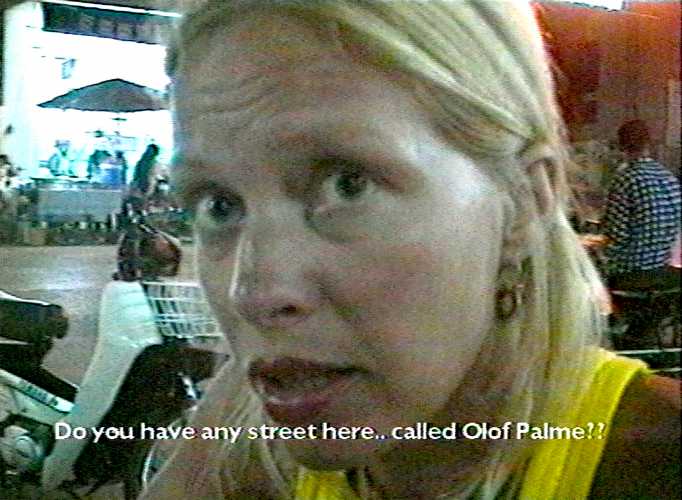 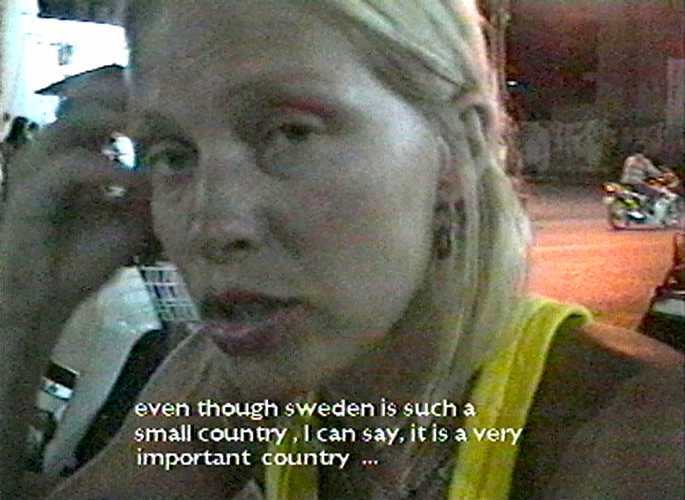 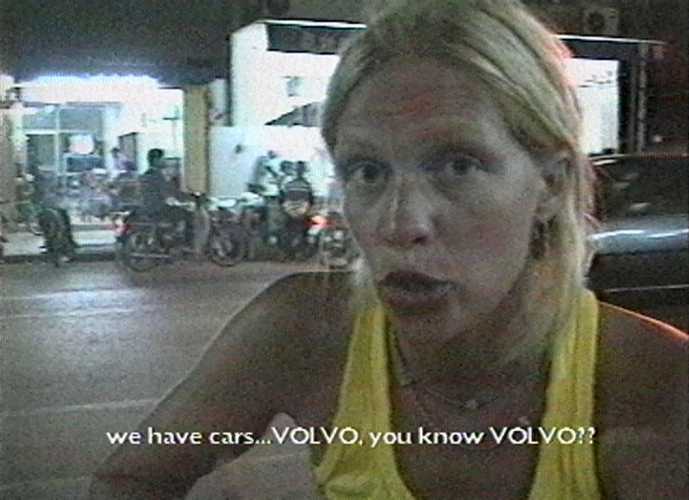 Three minute video about a Swede in a far-away foreign country who uninterruptly maintains a monologue about her perception of her superior home country. This piece is about being a traveller and creative superficial national identity (identifying oneself with sports results, car production, famous pop bands etc) as a cover against the overflow of impressions from a different culture.﻿