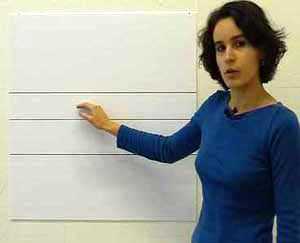 A pastiche of a weather forecast. I describe what the weather will be like the coming week, in a personal and poetic tone. The fields on my weather chart are sky, land, water and ground – my view.﻿