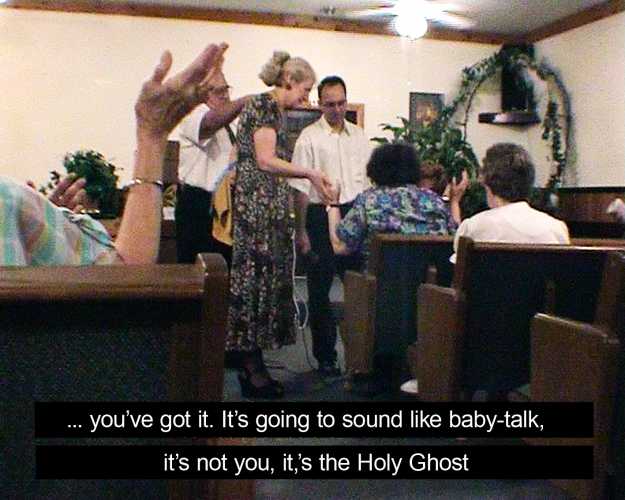 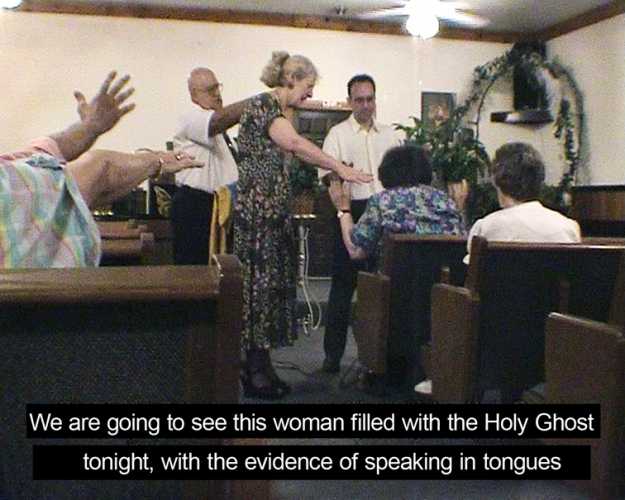 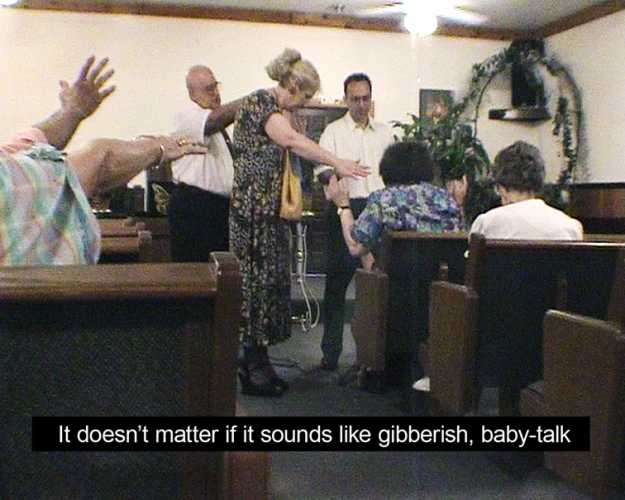 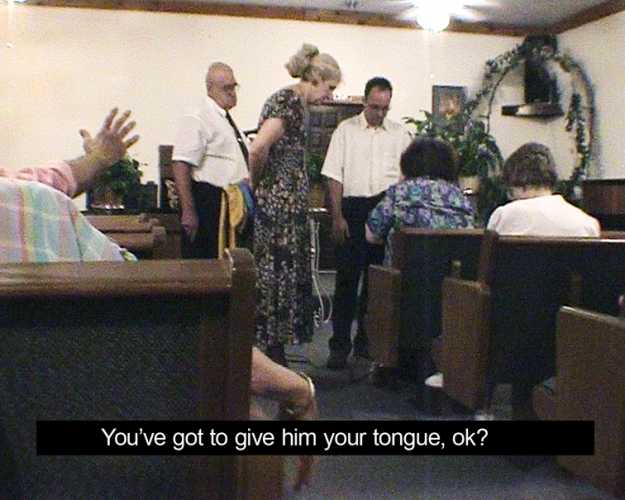 The video was filmed in Topeka, Kansas, USA, on August 3rd, 2002. It was in this town that the modern-day movement of speaking in tongues (glossolalia) began in 1901. A group of about 40 people had gathered under the leadership of the preacher Charles Parham when a woman, Miss Agnes Osman, started to speak in a language unknown to herself or to the other members of the congregation. Speaking in tongues quickly spread to other parts of the US as well as to other continents, including Scandinavia. Carl Johan Erikson was once part of the movement himself, but lost the ability to speak in tongues around the age of twenty. ﻿

Born 1966 in Tingsryd, Sweden. Lives and works in Stockholm, Sweden.

Carl Johan Erikson’s works spring from his experience of small town life, and, more specifically, from the artist’s own past in the revivalist movement. He belongs to a relatively young generation of artists who use their own experiences in their work, but not so much in the form of diaries as in more universally relevant discussions. Erikson transforms his personal history into works that are both quirky and analytical. Just as people often keep quiet about their rural background when they move to the big city, it is no secret that Christianity has not been a particularly popular theme in the upper echelons of art. 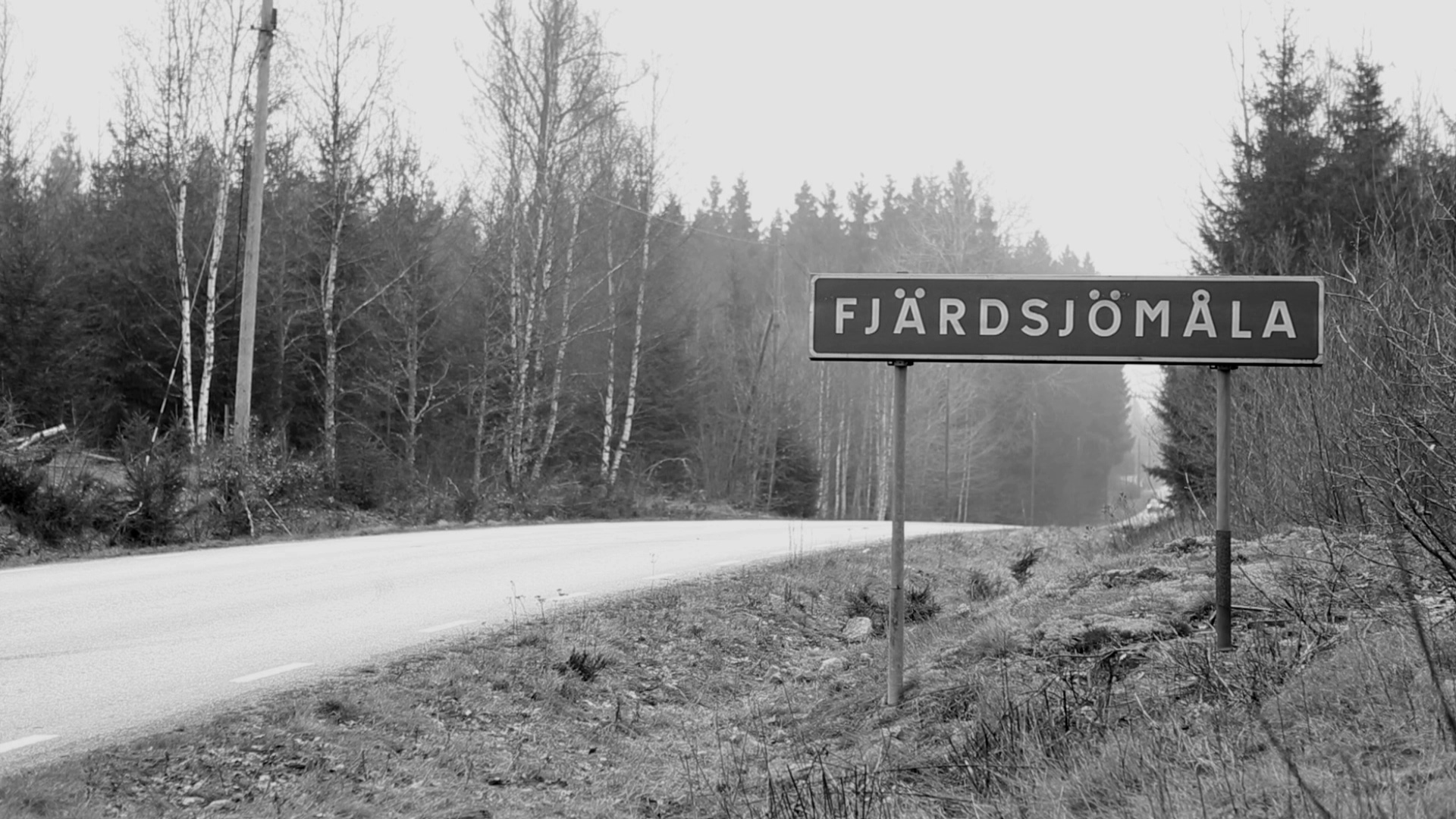